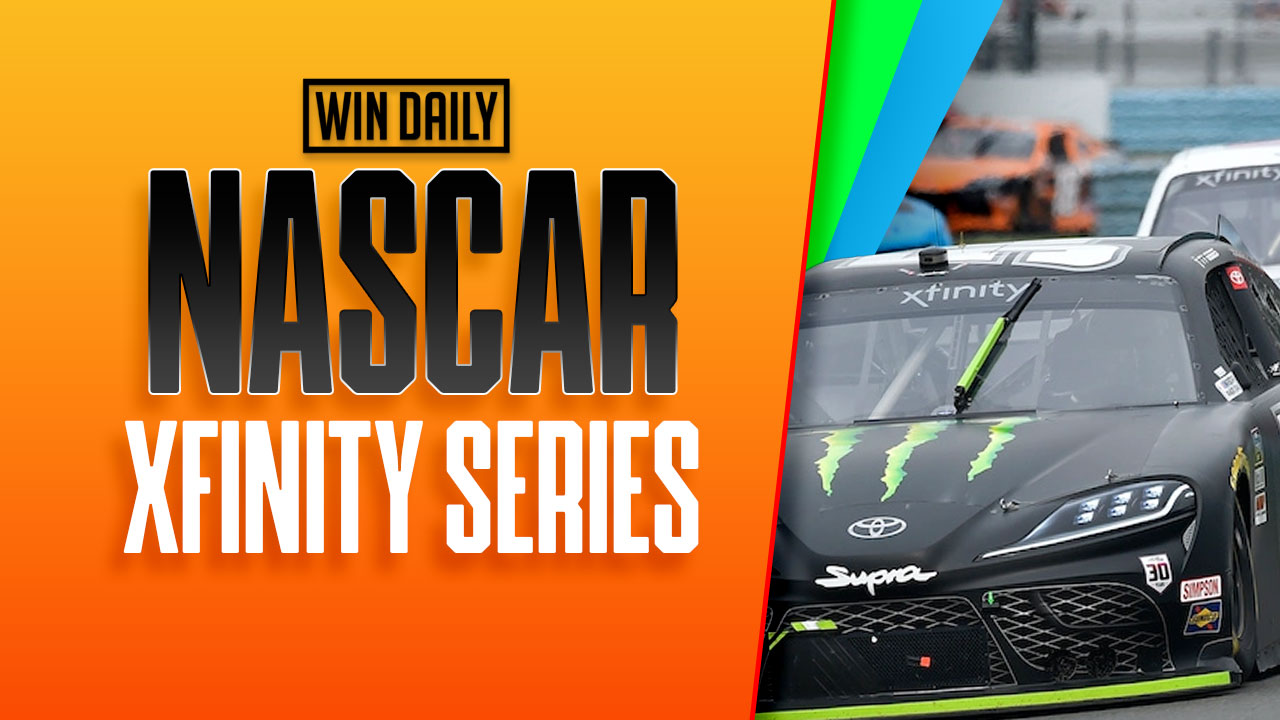 This week the Xfinity Series makes its return to Talladega for the second and final time in 2022. Like with most superspeedway races there will be massive carnage, or at least that’s what I anticipate. We generally get a large number of wrecks late in the Xfinity Series races and it should be no different at Talladega on Saturday.

Earlier this season at Talladega we only had 20 cars finish on the lead lap and we also had 11 extra laps run in that race. Only 22 cars of the 38 that started actually finished the race. We saw different outcomes in 2021, but both of those races were rain-shortened so those don’t count. In 2020, it was similar to the race earlier this season with 12-15 cars being out at race end.

Lastly, ownership. There will be plenty of drivers who carry high ownership in this race and while I’d like to avoid all of them, that just isn’t possible. I will in turn suggest that you lower your ownership of certain drivers. If I break down a potentially high-owned driver, I will suggest a good lower-owned pivot with that driver.

Herbst is the only driver I have a really high interest in on Saturday from this tier. There are other drivers I have in my lineups, but that’s because I have 40 lineups with 37 of 38 drivers in them. Herbst is a great SE and cash game play. Since joining SHR in 2021, Herbst has finished top 10 twice at Talladega and only failed to finish once in three races.

Clements is going to be the chalk play on this slate, especially coming off his win at Daytona a few weeks back. That finish was because of attrition and that is the only reason to believe he can do it again today. Clements is in my lineups, but I limited my exposure to him at 25% for large-field GPP’s but in cash and SE you HAVE to play him.

Lower Owned Pivot: Brandon Brown ($7,300 – P17) – Brown won this race last season and should be a factor for a top 10 if attrition is on his side. Brown projects for only 7 fewer points starting 20 positions higher than Clements at over 20% lower ownership.

Earnhardt is the perfect GPP play for this track type, he either finishes top 20 or wrecks out. I would not play Earnhardt in cash or SE but in GPP’s he’s my highest-owned driver. I know there is a lot of risk in this play but that is what you want in those types of contests.

Griffith is starting 26th in the number 26 Toyota on Saturday afternoon. I expected Griffith to be projected at much higher ownership than he is so I have him as my second highest owned driver in this race. I expected Griffith to be a cash game type play, but he is viable in all contests now. This car typically runs well and Giffith has bettered his starting spot in all four races he has been in this car for in 2022.