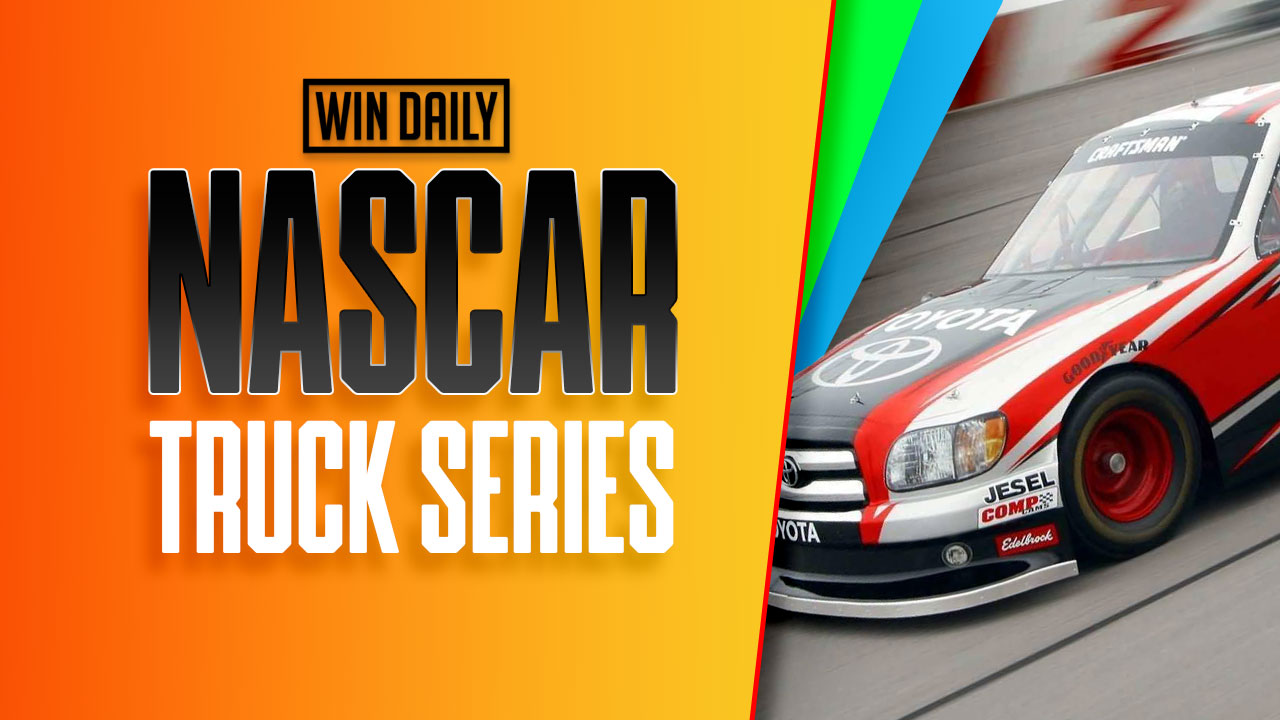 Welcome to the NASCAR DFS Truck Series for the final superspeedway of the season, Talladega!

This week the Truck Series runs its only race at Talladega and the second superspeedway race in 2022. Like with most superspeedway races there will be massive carnage, or at least that’s what I anticipate. We generally get a large number of wrecks in most truck races, so it should be no different at Talladega on Saturday. Last season we saw 15 trucks finish on the lead lap and only 19 out of 40 finished the race at all. This is pretty much the trend in every race at Talladega in this series. We also typically see anywhere from 3-6 drivers starting inside the top 10 finish the race and the majority of the drivers who finish started in the mid-teens or later.

Lastly, ownership. There will be plenty of drivers who carry high ownership in this race and while I’d like to avoid all of them, that just isn’t possible. I will in turn suggest that you lower your ownership of certain drivers. If I break down a potentially high owned driver, I will suggest a good lower-owned pivot with that driver.

Most of the drivers in this tier are starting up front, so your exposure should be limited. If you are making one lineup, then you should be avoiding all drivers starting 13th or higher.

Kligerman should be one of the highest-owned drivers in the field on Saturday, and as a two-time winner here in the Truck Series it makes sense. Kligerman has been a solid performer in this #75 truck all season, finishing in the top 20 in all ten races he has run in 2022. In those ten races, Kligerman has one win, four top 5’s, and six top 10’s. Kligerman has also finished on the lead lap in every race. I expect a solid day from this truck and if he can avoid wrecks he should be a contender for the win.

Friesen is in the hunt for a championship so I expect that he will try to keep his truck clean and avoid all the potential carnage in this race. In his career, Friesen has only not finished a race at Talladega once (2021) and has finished 17th, 5th, 6th, and 17th in his other four races here. Even with his success and lackluster starting spot, Friesen projects at low 20s ownership. No lower-owned pivot is needed here.

DiBenedetto will be the highest-owned driver in the field on Saturday and with good reason. Matty D starts 30th but has a truck capable of finishing top 10 and is at a salary that he will smash value if he does that. DiBenedetto has only run one career truck race at this track type and it was this season at Daytona where he finished 10th. Even in bad cars, DiBenedetto ran pretty well in the Cup Series at superspeedways. If he can keep this truck clean, I see a top 10 in DiBenedetto’s future on Saturday.

Grala is an accomplished superspeedway driver in all three of NASCAR’s top series. His equipment is not the best for this race, but Grala has been a high-teens to low-20s driver in this 02 truck so far in 2022. Grala’s season-best finish is 7th (Mid-Ohio RC). Grala is cheaper and projects at lower ownership than DiBenedetto so he is probably the better play of the two, but I don’t mind playing them both in SE contests.

Remember that you should be leaving salary on the table in your lineups on Saturday. If you are like me and MME in GPP’s and using the opto, use the setting I mentioned above but also make sure you put in tournament mode with 4 unique drivers per lineup. I also set my max salary at $49,300 to make sure the opto doesn’t try to use all $50K. Lastly, I have exposure to all 36 drivers in my lineups but only one driver starting in the top 10 is in more than one lineup.