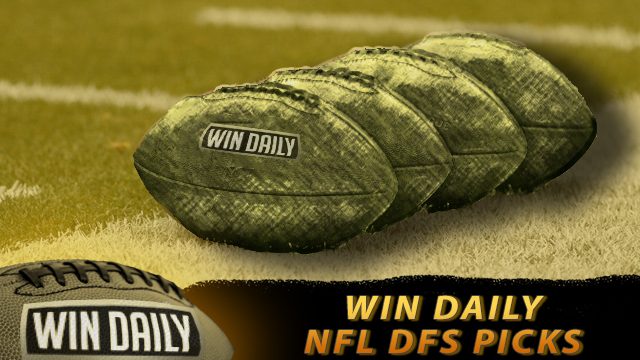 The slate of wide receivers is incredible as we are approaching teams clinching playoff spots. There are some spots where you can afford some expensive receivers and some cheaper options with a good upside. Let’s dive into the best wideouts for Cash Games, GPP and who you should avoid with our Week 15 Wide Receiver DFS Picks.

Julian Edelman is going to have the most targets for the Patriots and has been doing well lately. In the last three games, he is averaging seven catches for 98 yards. Those were against Kansas City, Houston, and Dallas, which are leagues above the Bengals defense. Edelman also has a touchdown in each of the last two games. I don’t think any defensive back on the roster can stop Edelman so expect a nice 100-yard game out of him.

Jarvis Landry is the number one option for Baker Mayfield and going against the worst pass-defending team in the NFL. When he went up against another struggling defense in Miami, Landry had 13 catches for 148 yards and a pair of touchdowns. Expect one of the biggest statistical games of the season for Landry.

Stefon Diggs is still one of the best receivers in the game. He is a deep threat with seven plays of at least 40 yards. The only issue is that he has four fumbles on the year as well so ball security is the biggest weakness. The Chargers are solid against the pass but with a handful of their defensive backs on the injury report means trouble against a speedy receiver. Expect a solid game out of Diggs to keep Minnesota in the NFC North race.

Hopkins is a catching machine as he is at 93 receptions thus far, which ranks only behind Michael Thomas. Tennesee is in the Top 10 with passing yards allowed per game, but the last time they faced a solid number one receiver, Tyreek Hill had 157 yards. The Titans struggle with the upper echelon of receivers and DeAndre Hopkins should have a great game.

He only has six targets in each of the last two games so it seems like Philip Rivers is transitioning away from him as of late. Minnesota forces turnovers so the time of possession could be heavily favored towards the Vikings as well, limiting the opportunities that Keenan Allen would have to make an impact. Xavier Rhodes has been limited in practice due to an ankle injury but is expected to play against the Chargers. With Rhodes covering him for most of, if not all of the game, expect Allen to be held under his average and not worth the price.

Julio Jones is still one of the best receivers in the league and the 49ers are coming off a game where they seemed like any offense would cause problems. However, the Saints offense is a completely different animal than the Atlanta offense. San Francisco is still the best team defending the pass with only 150.8 passing yards allowed. Expect a few catches but nothing that will make you regret the decision to fade him in your DFS contests this Sunday.

Chris Godwin is going to be Jameis Winston’s biggest target as Mike Evans is listed as doubtful so I expect around seven catches for him. O.J. Howard has seen his targets increase the past two weeks as well so expect a handful of catches for him as well. Danny Amendola is good for about five catches himself and that should get you right at 18. This one might be tight but the over should still hit.