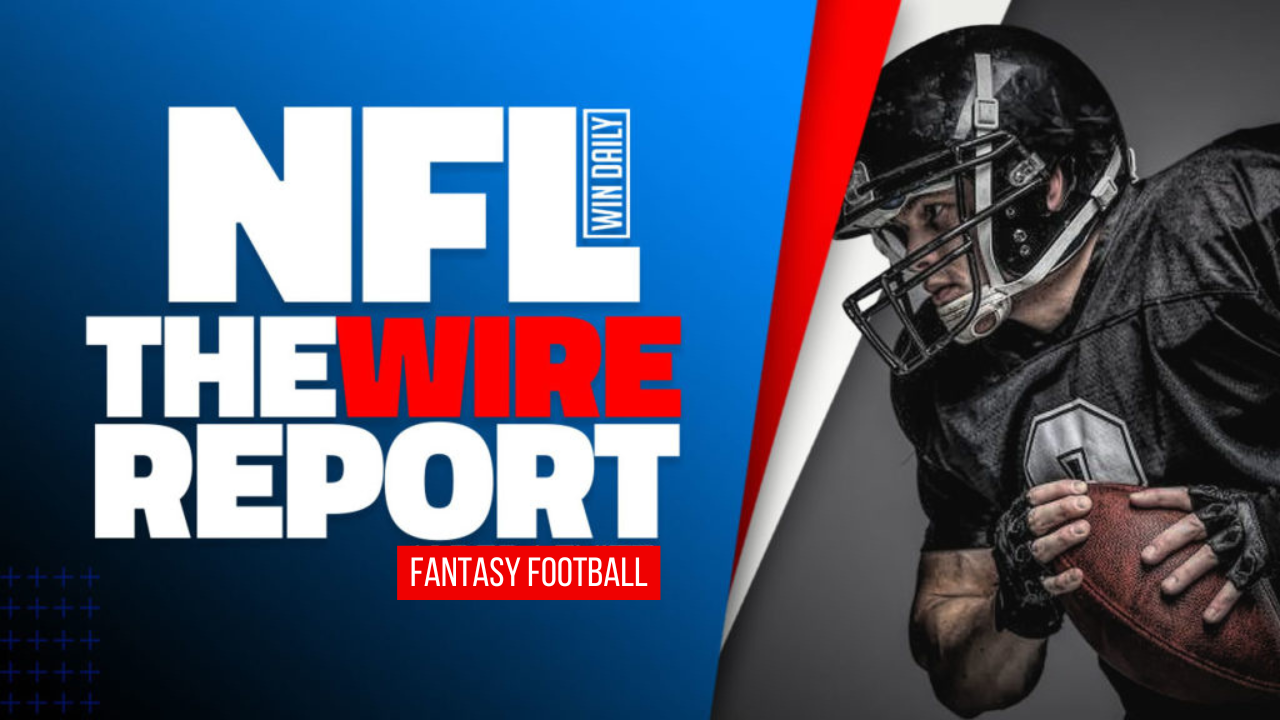 Welcome to the last week of the fantasy football regular season! I want to start off by thanking all of my readers for keeping up with my articles for this past year. Hopefully, I have helped you set up your team for huge success in the playoffs this year. This week is also important, even if you are guaranteed a playoff spot. The players on the wire right now could come in handy helping you fill in any holes or injuries on your team. The biggest struggles for most owners have been with QB and TE play and there are some great options on the waiver. With that being said let’s dive right in.

With Lamar Jackson going down for 1-3 weeks, it is time for Tyler Huntley to step in. Last year when Huntley was the starter, he was explosive. Now there are no guarantees that he will have the same production as before, but the potential for something great is there. And with all the poor QB play this year, he is definitely worth a shot.

Kenny Pickett is still a rookie and getting acclimated to the NFL, however, he seems to start to get a feel for it. Him and George Pickens have really formed a connection and even Najee Harris has shown signs of himself from last year. He is good but not exactly what you want in a starting QB but if you’re desperate, consider throwing him in.

James Cook has finally come to life at the end of his rookie season. He started off in his first NFL game with a fumble, and that seemed to have shaken his confidence a bit. But since the bye week, he has been getting more and more opportunities. And last week he actually out touched Devin Singletary. Now Cook is still considered to be the backup to Singletary, but it is completely possible that Cook eventually takes over that backfield. Consider him a flex for now with higher upside.

Even though James Robinson did play last Sunday, Zonovan Knight seemed to be the RB1. He is worth the play this week since Michael Carter is still dealing with an injury, but when Carter is back, I suggest putting Knight on your bench.

Last week was rough for the Seattle Seahawks with injuries and most notably, their star rookie RB Kenneth Walker. Now it is unclear on whether Walker will play on Sunday, but this leaves a huge opening for DeeJay Dallas to come in and have a great game against the Carolina Panthers defense that has let up the 10th most fantasy points to opposing running backs. DeeJay might not have long on this value, but he has a lot of of it as long as Walker is injured.

I keep adding Jameson Williams to this list because of his amazing talent and perfect opportunity. He is a deep threat on a team that constantly is down with a QB who loves to air it out. Unfortunately, it seems he still has some lingering pain with his injury. Either that or the Lions have yet to fully trust him. He is worth the pickup but it is probably best to stash him on the bench until he starts producing.

Greg Dulcich has been one of the few bright spots on a somewhat awful Broncos offense. This rookie has been lowkey, staying consistent and getting better. He has built up trust with Russell Wilson to become his safety valve. With a horrible year for almost all TE’s in the league, Greg Dulcich might be the key to your missing piece headed into your playoffs.