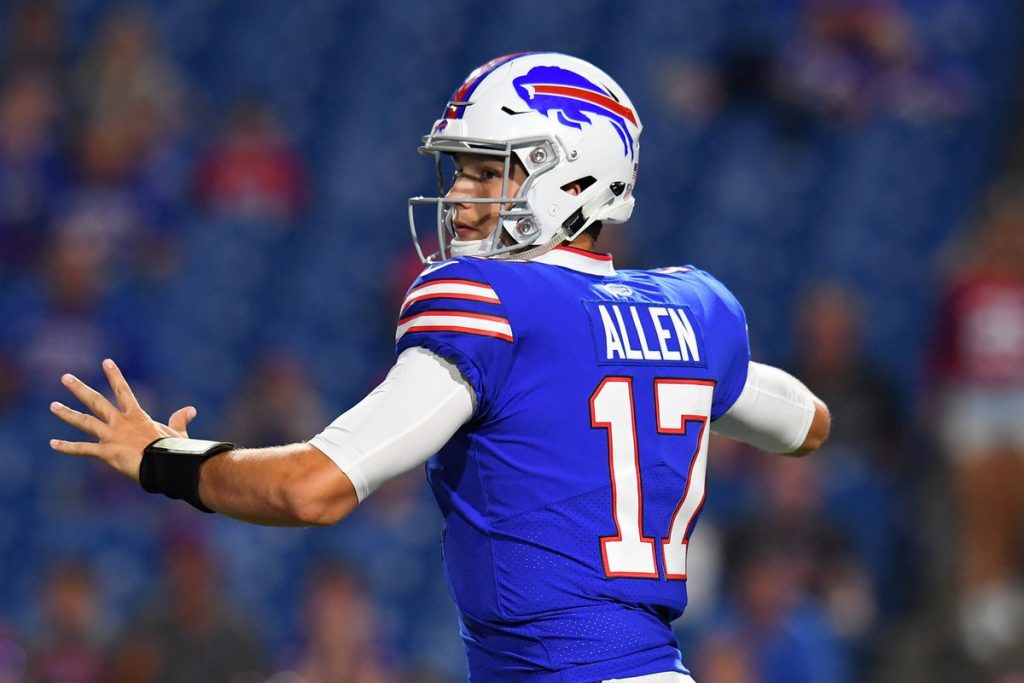 Welcome to my video preview for Thanksgiving DFS. I will be covering value and punt plays, favorite stacks, and my contrarian plays for all the games on Thursday with some Wednesday night updates. Are you ready for some Thanksgiving DFS action? All prices discussed are via DraftKings. Be sure to check out the full article of my favorite plays here.

Jeff Driskel ($5,500) is expected to miss this game with David Blough ($4,200) getting the start. This essentially locks in the Bears DST ($2,500) in all cash games and a chalk option at tight end because this could get out of hand real quick. Blough was the 35th ranked quarterback in passer grade from PFF in his 2018 collegiate season from Purdue. He went undrafted. This news has already driven the total in this game down to 36.5 via the FanDuel Sportsbook and given the Bears another point favorite now at -4.5.

T.J. Hockenson ($3,400) should be good to go, and Jesper Horsted looks to be the primary Bears’ tight end at $2,500. The Lions have a ton of injuries across their defensive line with Trey Flowers, Da’Shawn Hand, and Damon Harrison all banged up and questionable. This spot is shaping up absolutely perfect for David Montgomery ($5,400). The Bears own the league’s best red-zone scoring offense on the road this season at a whopping 90%. Lions at home have the league’s fourth-worst red zone defense.

Safety Jeff Heath looks to be on the ends of missing these games which can easily open up things for both Cole Beasley ($4,700) and Dawson Knox ($2,900). Leighton Vander Esch is out again, which hurts the Cowboys run defense.

The most important thing to note about this game is that this game is going to a shootout. The Bills recently moved their offensive coordinator up into the booth and over the past three weeks, they have run the seventh-most plays per game. Dallas runs the eighth-most plays per game at home. They have also been running more 11-personnel formations. The Cowboys have struggled versus that formation allowing a 52% success rate with eight yards per pass attempt and five yards per rush attempt. Have a ton of confidence in Josh Allen ($6,200) in your lineups. Same thing with Dak Prescott ($5,700). The Bills have not faced a top-12 quarterback in fantasy points per game yet this season.

With that considered if Robert Foster ($3,200) misses the Bills will use Isaiah McKenzie ($3,100) as the number three receiver in those formations. Played a season-high 78% of snaps versus Miami followed by 76.2% in Week 12 versus Denver. A third Bills wide receiver might be the best GPP pivot in a game that could see a lot of scoring.

Julio Jones at $7,300 is questionable, but I think he is going to play. He will get shot up with something to nullify is AC joint pain. He did take part in the walkthrough so he should play. Marshon Lattimore is questionable along with Luke Stocker, and Devonta Freeman will play. Jaeden Graham at tight end would see all the snaps at tight for Atlanta with no Stocker. You will want at least one Falcons receiver at worst ending into the Sunday night tilt. Though the way this game projects it seems more like a Saints onslaught than a back-and-forth game. Saints have a top-seven pass-rush grade and the Falcons have a bottom-seven pass-block grade via PFF.