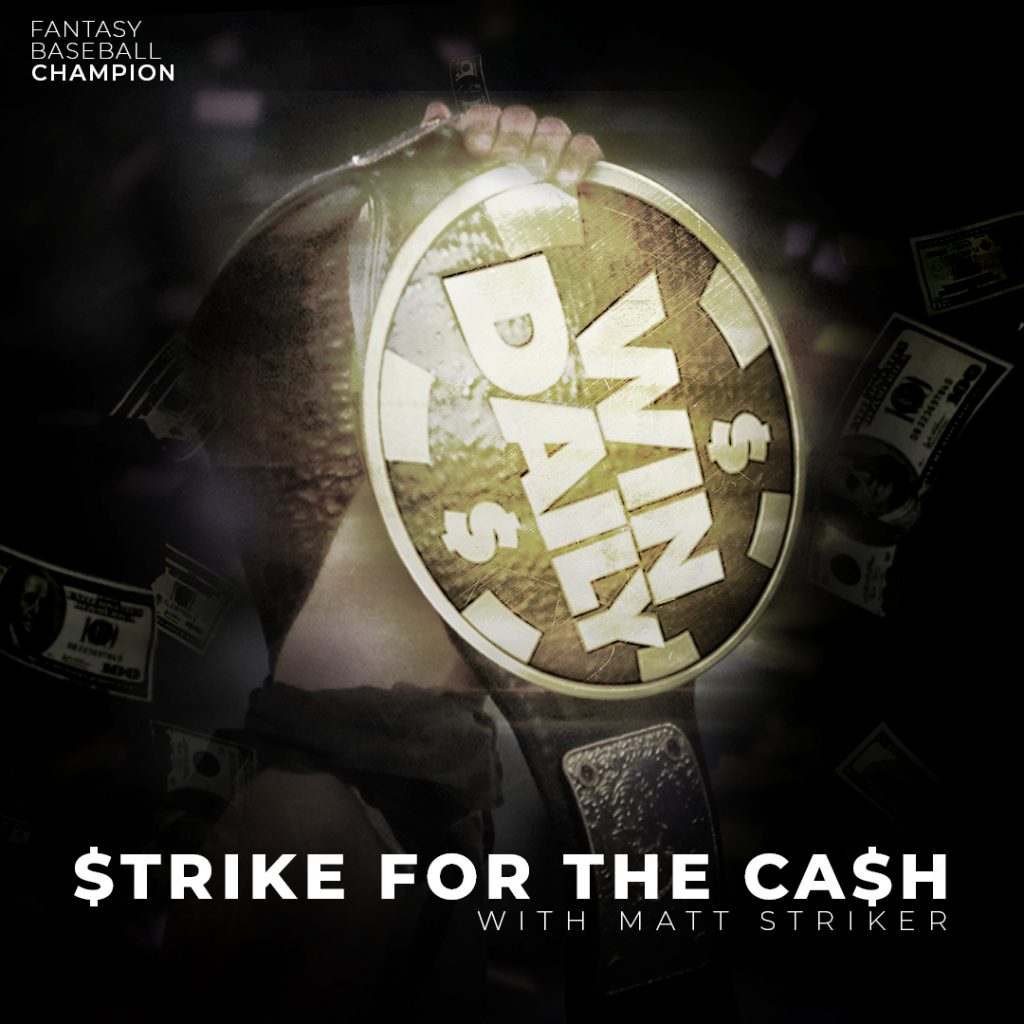 Hello sports fans! Hopefully you have been following along and making the plays listed here on the site because we have been raking. Yesterday, two of my three lineups cashed so I am playing with house money.

Today’s slate offers a few opportunities to increase our bank with several bat stacks and a few good pitcher options.

Due to yesterday’s rainout we get a doubleheader.

Wheeler hasn’t been awful this year and Tanaka is seemingly always one pitch away from having his arm fall off. With that said, I have NO PLAY in the game.

The second game of this tilt is where I think we make our money.

The Mets will throw Jason Vargas against James Paxton. Look, you can write all of your fancy articles about Jason Vargas and focus on one or two obscure metrics to bolster your argument in his favor, but let’s face it- Jason Vargas isn’t very good at baseball. The only “Vargas” that I’d ever put any money on is Kevin’s neighbor, the FedEx delivery guy in the Seinfeld Bizarro Universe episode. Vargas! Feel free to hit me up @Matt_Striker_ and we can discuss this further. I say play NYY BATS here!

I like PHI BATS here. I especially want to say to keep an eye on the Phils lineup. If Kapler ever decides to move Scott Kingery up in the lineup- watch out!

Once again, I shall sing my favorite song of late ( in 7/4 time of course, since I am a RUSH fan ) Play Vlad stacks. I don’t care how you do it, but do it. While Means may not be terrible, on a whole the Orioles are. Have some fun with a TOR BAT stack here.

With Caleb Smith hitting the IL ( boo) the Fish call up a RULE Five player to start vs the Cards. Ironically, Smith was a Rule Five selection in 2016 by MIL from the NYY. Another fun Rule Five fact is the Pirates selected Roberto Clemente from the Dodgers in 1954. Some other names found in Rule Five draft world lore are : Wander Franco, Justin Bour, Omar Narvaez, etc. That’s where it begins and ends for me with Elieser Hernandez. His numbers weren’t awful at the lower levels but nothing to make me say ” ooh, let me throw money on him”

For the Cards, Dakota Hudson has found his sinker ball command and it is inducing a lot of groundball outs, and for this reason I like HUDSON and STL BATS as the play here.

The BoSox will turn to Double A Portland Lefty Darwinzon Hernandez tonight. Emotions are high in Beantown between the upcoming Game Seven of Lord Stanley’s Cup and David Ortiz taking a bullet, so I am curious to see how this game plays out. Boston’s bullpen is just awful and if TEX bats can get to the bullpen, they may be very productive. Jurado has been very interesting as of late. If you’re feeling lucky play TEX BATS- but if you’re practical and conservative, then NO PLAY

TB will go with the opener here but it doesn’t really matter as every arm on this team can pitch and pitch well. I like TBB BATS here.

If you would have come to me in April and told me the records of these two pitchers ( 6-1, 2.66 ERA & 4-6, 3.93 ERA ) I’d had said you had them mixed up, but sadly, that is not the case as Bauer has struggled to find himself. REDS BATS could be a play here but I cannot go against one of my favorite pitchers in the league in BauerOutage. So, I break my cardinal rule and go with my heart over my head here and say NO PLAY. Otherwise, feel free to play REDS BATS here.

Archer looked good his last time out and Folty still scares me with his propensity to give up the long ball. PIT just saw Folty, so maybe they capitalize on familiarity. A PIT BAT stack could be a play here. Another issue for me is that all Braves pitchers feel the breath and hear the footsteps of the “bearded one”, as Dallas Keuchel looked good in a Triple A start and is ready to take his rotation spot, most likely from the awful, brutal, dismal, abhorrent, Kevin Gausman.

Banuelos? Banuelos ? Bang him in his juevos? This is the chalkiest of chalks here. CORBIN AND WSH BATS all day.

This will be a fun series to watch. There should be a lot of good baseball here. Milwaukee’s lineup can keep any pitcher in the game and for that reason I am staying away with a NO PLAY here.

For as great as Hou vs. Mil should be, this series should be the antithesis. There very well could be 12 total runs in this game or there could be two. It’s too volatile for me to put my money on. Perhaps, you’re a better man than I . NO PLAY.

Happy Chris Paddack Day everybody!! I have recently been writing on social media about how everyone that is giving Madison Bumgarner a hard time about barking at Max Muncy should go find MadBum personally. Find all 6 ft 5, 250+ lbs of him and tell him to his face how they feel. It’s easy to talk sh*t behind a computer, but go to a restaurant or hotel where Bumgarner is eating with Bruce Bochy and step to him then and see how tough you are. If anyone can it’s Chris Paddack- but you see, Paddack is a respectful Texas boy and he would never do that, but what he WILL do is shut the Giant bats down -big time. PADDACK is the play .

I won’t pick on the Angels bats because, well, you know, Mike Trout and stuff but I WILL pick on Pena and the Halos bullpen. I like LAD BATS here

Ok, that’s all for me. Remember-if you’re up, play with someone else’s money, if you’re down its always OK to sit out a day or two.

Winning should be fun- not stressful.