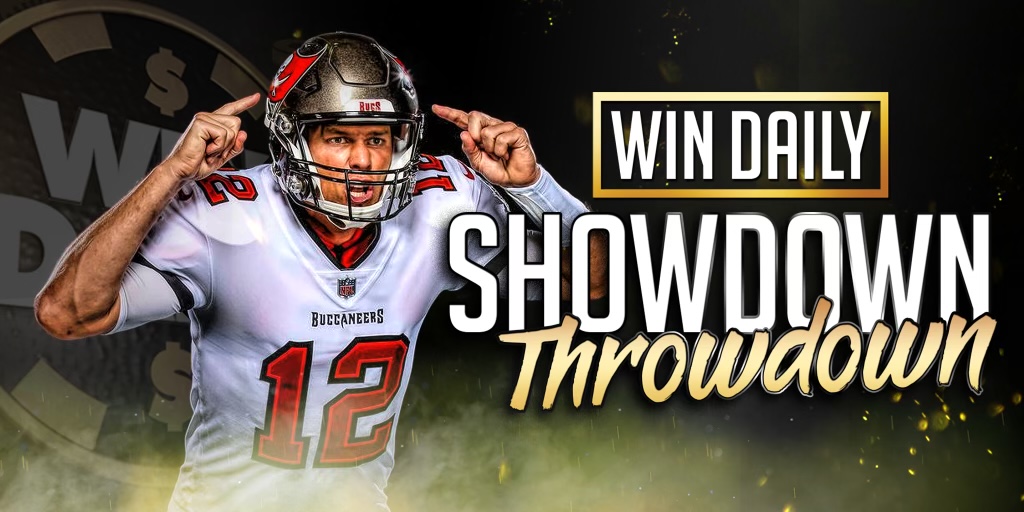 Sunday Night Football brings us a solid matchup this week with the 49ers traveling to the altitude in Denver to take on the Broncos. San Fransisco is a 1-point favorite with a total hovering around 44.5 points. Russell Wilson and company are off to a very slow start offensively, and Jimmy Garoppolo is back under center for the Niners. Let’s get to it!

Samuel is the most versatile player in this game, and quite possibly in the entire NFL. He is the focal point of the 49ers offense. With Trey Lance and Elijah Mitchell both on the IR now, Deebo should see an even bigger role.

His numbers have been pedestrian through two games in 2022, but terrible weather and game flow have played a part. He has 13 targets and 12 rushes across two games, and he needs to be one of the first players you consider on Sunday Night.

Denver has been tremendous defensively, but I’m taking the numbers with a grain of salt. The Texans and Seahawks are two of the lesser offenses in the NFL. I’m expecting Deebo to break out in a big way against the Broncos. Eliminating the threat of Trey Lance stealing goal-line touchdowns raises his ceiling significantly. Fire him up across the board.

The 49ers aren’t a desirable matchup for any RB, but I’m bullish on Javonte in any matchup. He is averaging 11 carries and eight targets per game in 2022. Melvin Gordon is always going to take some touches away, but check this out. Here’s a list of players who have more red zone receiving targets than Williams:

There is certainly a lower floor here due to the tough matchup and the presence of Gordon, but Javonte has big upside here in what should be a competitive game throughout.

Volume is the name of the game tonight, and with the injury to Elijah Mitchell, Wilson fits the bill. He saw 18 carries and two targets in his first game as the lead back, totaling 103 yards. As you may have noticed so far, I’m targeting the running game more than the passing game in this one. As we say, you have to take a stand somewhere. I’ll keep the volatility of some of the other pass catchers for my FLEX/AnyFLEX spots.

Simply put, Kittle is just too cheap here. The 49ers have been very cautious with their star TE, holding him out of the first two games. All indications are that he could have played last week, so he should be a full-go here.

Kittle has a great rapport with Jimmy G, and could certainly end up being the top scorer in this one. That said, I’ll be using him in the FLEX spot, as his floor leaves plenty to be desired. His last six game logs look pretty gross:

Kittle had three games in 2021 with 100+ yards, so the upside is there. I’m just not convinced that this is the spot for a ceiling game.

Aside from one long touchdown pass from Russell Wilson to Jerry Jeudy, Sutton has been the lone bright spot in the passing game. He has totaled 194 yards on 11 catches (18 targets) through two games. With Jeudy (ribs) and KJ Hamler (knee/hip) both banged up, he could be relied on even more in this one. Both are expected to play, but I’ll be looking elsewhere. Sutton is another volume play here.

Low total, high altitude. You would be crazy to not consider both kickers in this one. McManus is the preferred option here for me. I would not be the least bit surprised to see both with 10+ points in this one.

Other options to consider

Both defenses are in play here, but neither Wilson or Garoppolo are turnover prone, so I’m not expecting big outputs on that end. I’ll have a few shares, but won’t be prioritizing either one.

Kyle Juszczyk is only $1,400 on DraftKings, and is my preferred punt play in this one. He will see hardly any touches, but is a touchdown vulture. He found the end zone last week, and has three targets on the season (zero catches). True floor of zero, but don’t be surprised to see his name on your screen with “TOUCHDOWN” at the same time.

Albert Okwuegbunam had zero catches on two targets last week. He’s another cheap option to fill out your lineup. He has been the victim of an offense with very little passing game rhythm. His floor is low, but he could pay off nicely tonight.

I’m taking my chances on a primary fade of both QB in this one. I see the argument for either one, and will mix in one lineup with some QB stacks. Neither is a priority with all these high volume options elsewhere, just waiting to take all the touchdowns.

Good luck on Sunday Night! Make sure to follow me on Twitter if you aren’t already, and let’s meet at the top of the leaderboards!