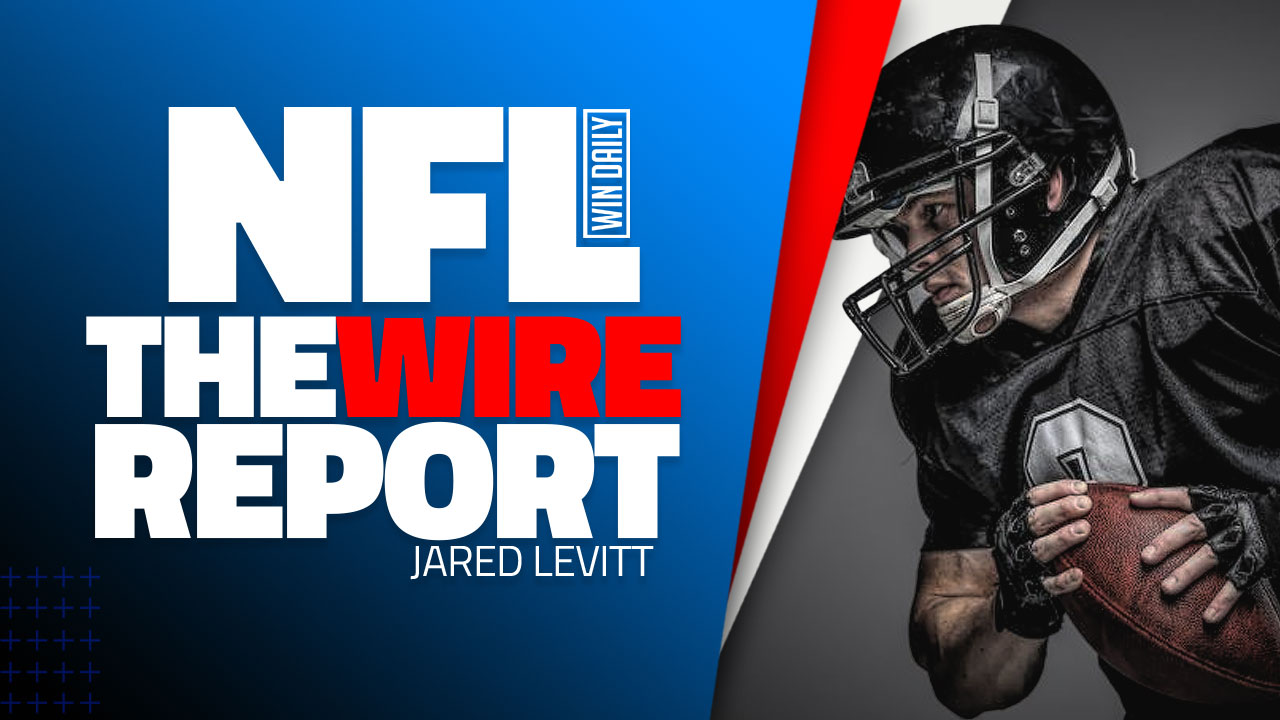 Welcome to the Week 16 edition of The Wire Report for the 2021 NFL season.  In this article I’ll be highlighting some of the top available players to help your team make the playoff push.

Below are my top waiver wire targets:

In one of the NFL’s biggest shockers this season, the Detroit Lions beat the Arizona Cardinals on Sunday.   A lot of that had to do w/ the play of Amon-Ra St. Brown.  Brown led all Lions with 11 targets.  That was nearly twice as many as any of his teammates.  He was able to turn those 11 targets into 8 catches for 90 yards and a touchdown.  This is now three weeks in a row that St. Brown has double-digit targets.  He’s become a favorite target for Lions QB Jared Goff.  St. Brown makes for a nice pickup if you’re currently battling it out in the playoffs.

With Leonard Fournette expected to miss some time with the hamstring injury he suffered in Sunday night’s brutal loss to the Saints, Ronald Jones should slide right into the primary back role in week 16.  After Fournette went down Jones rushed the ball 8 times.  It was the most rushes he had seen since week 7 against the Bengals.  His 63 yards were also the most he’d seen since week 7.

While the Bucs have been a pass-heavy offense all year I expect them to get out early against a bad Panthers team this weekend and that should lead to some extra runs.  Jones is available in the majority of the leagues out there and will help solidify your backfield if you’re down a running back.

I recommended Davis last week and I’ll do it again this week since he’s only rostered in 12.6% of rosters heading into week 16.  Davis was tied for second on the Bills in terms of targets this weekend with 7.  Only Cole Beasley had more.  What Davis did with those targets really stood out.  He was able to catch 5 balls for 85 yards and most importantly, 2 touchdowns.    Should Sanders miss time again this weekend Davis become a must pick up

Heading into week 16 MVS is rostered in just 15% of ESPN leagues.  That just seems like a crime.  Is he a safe pick?  No, he’s definitely not.  Is there anyone else on the waiver wire with the pure upside that he has?  Also a definitely not.  While his targets are a little on the inconsistent side when MVS gets the ball he normally makes something happen.

This weekend he was targeted 7 times and caught 5 for 98 yards and a touchdown.  That’s his third touchdown of the year and definitely not his last.  If you’re in one of the 85% of ESPN leagues where he’s available, you should pick him up.

This is 100% reliant on the health of his teammates D’Andre Swift and Jamaal Williams.  Should they both miss the week 16 matchup vs. the Falcons Reynolds is a must-start.  Should only one of them miss he becomes a “good” play.  Reynolds was the main guy this week and boy was he productive.

On a heavy workload of 26 carries Reynolds was able to crack the 100-yard rushing mark in just his second game of the season.  What is a feel-good story in real life may also end up as a feel-good story for your fantasy team if you pick him up.

I make it a point each week to pick at least one player going up against the New York Jets.  In week 16 my potential pick up will be Laquon Treadwell.  Treadwell’s production has really been trending up.  He’s had at least 4 catches now in 5 straight games and has surpassed the 50-yard mark in all of them.  He’s not going to win you a playoff game but he’s going to do enough to keep you in the game.