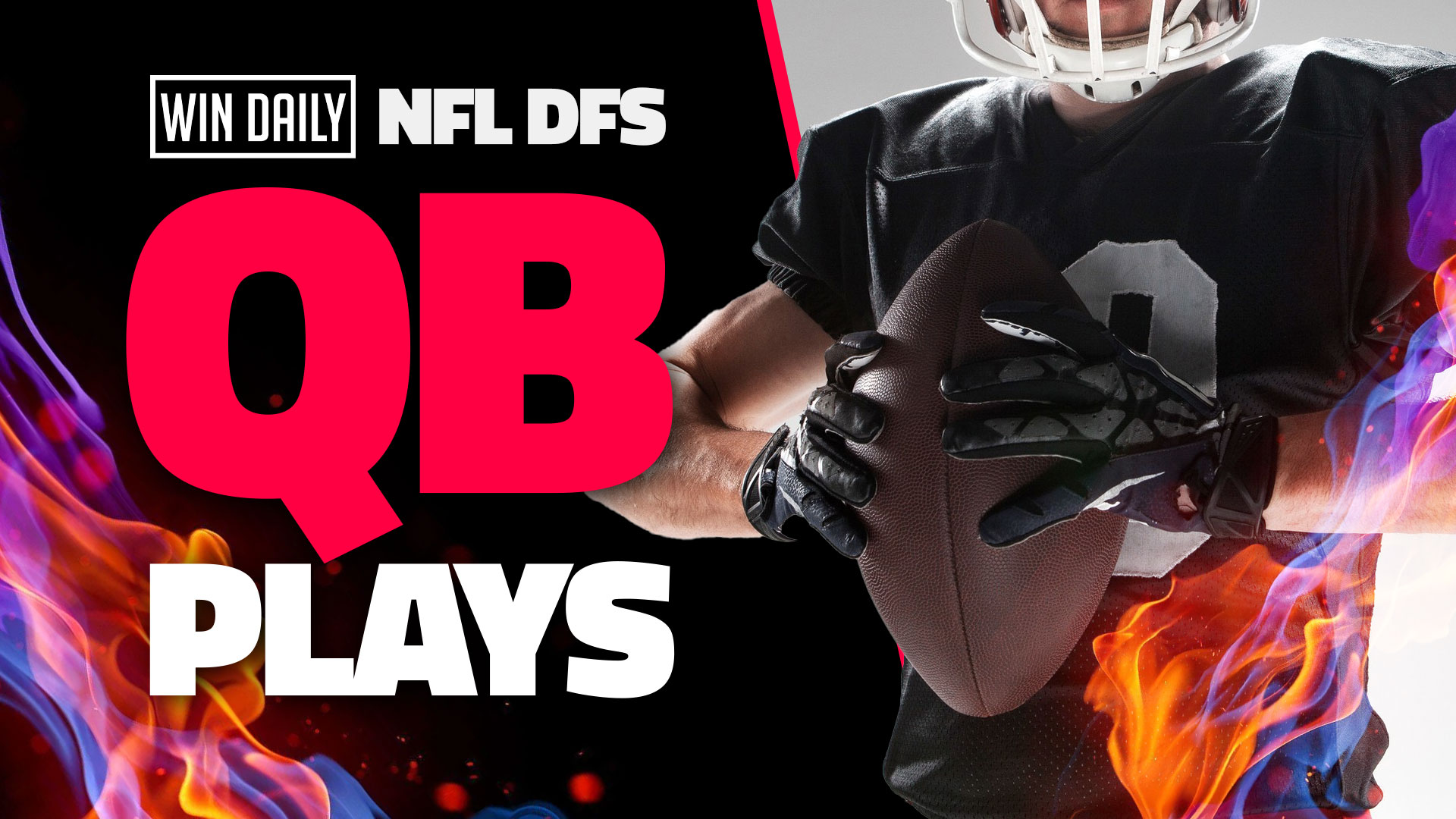 Last week we could not miss at quarterback and it may go down as one of the most optimistic positions to draft with all the favorable matchups. We cashed in tickets from heavy hitters like Jalen Hurts, all the way down to punts like Kenny Pickett. But here in Week 14 with six teams on bye, we may not want to get fancy and keep it simple at quarterback. Most of the field could be playing it safe at QB as well, so we’ll need to get different in other spots. I actually prefer weeks like these, set it and forget it at quarterback. So let’s get right into it, always check in on our Discord chat rooms and stay up to speed on NFL news and notes.

Allen will see the Jets again for the second time this season hoping to even the score. New York entered the game as double-digit dogs and pulled off the upset against the Bills back in Week 9. But even in a tough loss throwing two interceptions, he made up for his mistakes on the ground to score nearly 27 fantasy points. We can’t go wrong no matter how tough of a matchup for Josh Allen in DFS.

No matter how opposing defenses line up to defend against Jalen Hurts, he wins every time. Whether through the air (380 YDS/3TDS against TEN) or with his legs (157 RuYDS/(9.2 YPC) the Eagles have the cheat code at quarterback. Although the Giants will try to slow down the game flow and eat up as much of the clock as possible, Hurts will feast on a New York secondary loaded with injuries.

He isn’t in the best spot to bounce back from a 19 fantasy point game last week against the Broncos, but we can’t fade the volume of Mahomes. As good as the Denver defense is, the offense has been absolute trash and has not scored over 20 points since Week 8. Give me the Chiefs and Mahomes who will continue to put the ball in the air 40-plus times a game any day of the week. Super sneaky GPP quarterback this week given the matchup and bust against the Bengals.

Burrow exploded on the Chiefs for 30 DK Points in a primetime afternoon contest and crushed his underpriced salary. He’s at market value on FanDuel, but still a bargain on DraftKings where he may hit 4 times his value again. The Browns’ defense has had his number and in their first meeting this season, Burrow took five sacks and coughed up two turnovers in Week 8. Which is why I like him in a GPP. The Bengals having Chase, Higgins, and most likely Mixon on the field keeps Burrow at his ceiling and defenses on their toes.

In what may be the best game to target in DFS on the slate, Kirk Cousins could give you back a decent ROI and at the same time provide a discount at quarterback this week. On the road in the Motor City with a game total already at 53, he may be a little chalky but will be a safe salary saver against a Lions’ defense that has allowed the most yardage (402.2/game) and points (25.3/game) all year.

Goff should also see plenty of ownership this weekend in DFS. He has an even bigger ROI than Cousins in the same matchup that could end up becoming a back-and-forth shootout at home. If you like Justin Jefferson and Amon-Ra St. Brown this week, Jared Goff will make it happen against a Vikings team that has allowed the most passing yards per game (283.6/game) and second-most total yards (398.7/game).

Thanks for reading our NFL Week DFS Quarterbacks article for Week 14. There will be tons of content covering each position all week, cash games and tournaments, and plenty of articles, videos, and podcasts so check in with us whichever way you like to consume your content. Don’t forget to check out our projection models and cheat sheets which will be updated throughout the week. Livestreams will be up on our Video Hub and make sure you lock into our Sunday morning live stream to keep up to date with all the last-minute news. Tag me @Jdicarlo78 on our Discord chat or on Twitter @JoeDiCarlo78. Fellas let’s keep the green screens coming!

Born and raised in New Jersey, married father of three awesome boys and grandfather of one. Experienced Fantasy DFS player/writer in NFL and NBA, always eager to help others in their day-to-day DFS decisions.