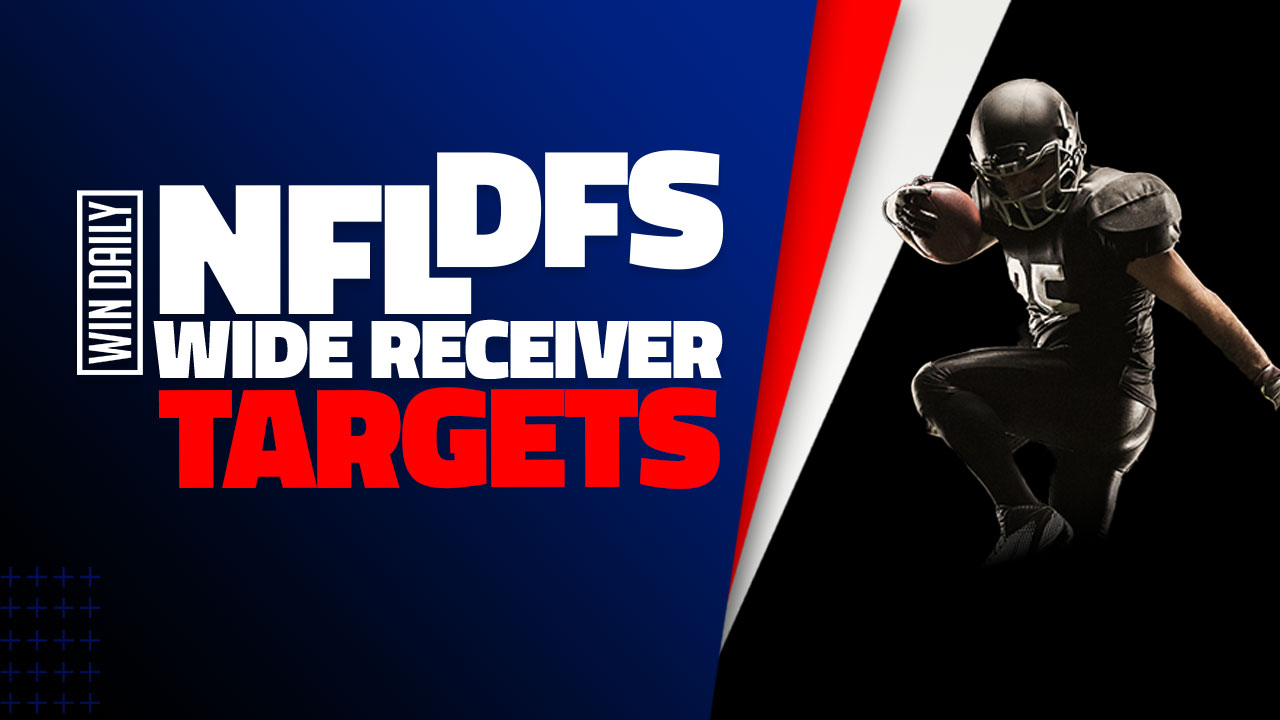 I hope everyone had a nice Thanksgiving, and my James Cook call went down in flames, so I plan to have a bounce back on Sunday this week. I happen to be out of town, and that’s not stopping me. So let’s dive into the week 12 Wide Receivers. If you don’t know how I typically play the game, I generally like to build my lineups based on ownership. Bear in mind there will be times when we don’t have a clear picture of what that looks like until game day. With that being said, I do like to wait and see what the field is doing so this article may be a little on the later side than the standard. This way we can stay with the pack, in cash games, and pivot to those high-upside players in GPP-style contests. Don’t forget to look at the bottom of this article for other players I really like as well. Once you’re done scanning this article make sure to hop in our Discord chat to stay up to date with lineup discussions.

When you look back at it, its almost like why didn’t I play this guy every week. Over the last three weeks, he has averaged 14 targets and 35 DK FP. Davante has hit 30 plus fantasy points in three straight games, and maybe we have some good news this week. The matchup here is a little tougher for him, which might keep some people away. Seattle ranks 5th-best in FPG allowed to opposing outside WRs, so we’ll see this week if they can hold him down. However I like stacking this game, run back with Lockett.

With all the players here impacted by injuries, it doesn’t seem to matter regardless, because DHop gets the targets every single week. Hopkins has seen 12 or more targets in four of his five games this season. I’m going to continue to play him especially on Draft Kings, while I think he’s price tag is still too cheap.

If he’s healthy, he’ll put up DHop type numbers, but we just don’t know. Keep an eye on it, if he’s a no go, then load up Palmer again. He was the guy that won me a much of money last week, and he can do it again for us this week. It’s one of these guys, so keep an eye on the news.

Zach Wilson is just not ready for the NFL, and he is just plain bad. I hate saying it with all my buddies being Jets fans, but let’s face it. The QB is the difference between Garrett Wilson hitting 4.5X value or being a complete bust. Wilson is a must-play, priced as just the WR42 on Draft Kings, up against a Bears defense that’s given up the 7th-most fantasy points over to opposing WRs this season.

Coming off the bye, Miami is a team I’m looking to target this week in my builds. Hill is a guy that continues to smash, and I am going to want a share or two this week. He has the potential to always go nuclear, and put up massive points. I think taking some of these value backs this week, helps you pay up for these top end Wide Receiver plays this week.

Since Taylor Heinecke took over for Carson Wentz in Week 7, McLaurin ranks: 3rd in target share, and 16th in FPG. He is still a great value over on Draft kings this week again, and he has the potential to absolutely nuke the slate. Atlanta ranks 5th-worst in FPG allowed to opposing QBs (+3.9) and worst overall against WRs (+9.3). The Atlanta defense continues to struggle no matter what they try and do, therefore this is the week that all you McLaurin