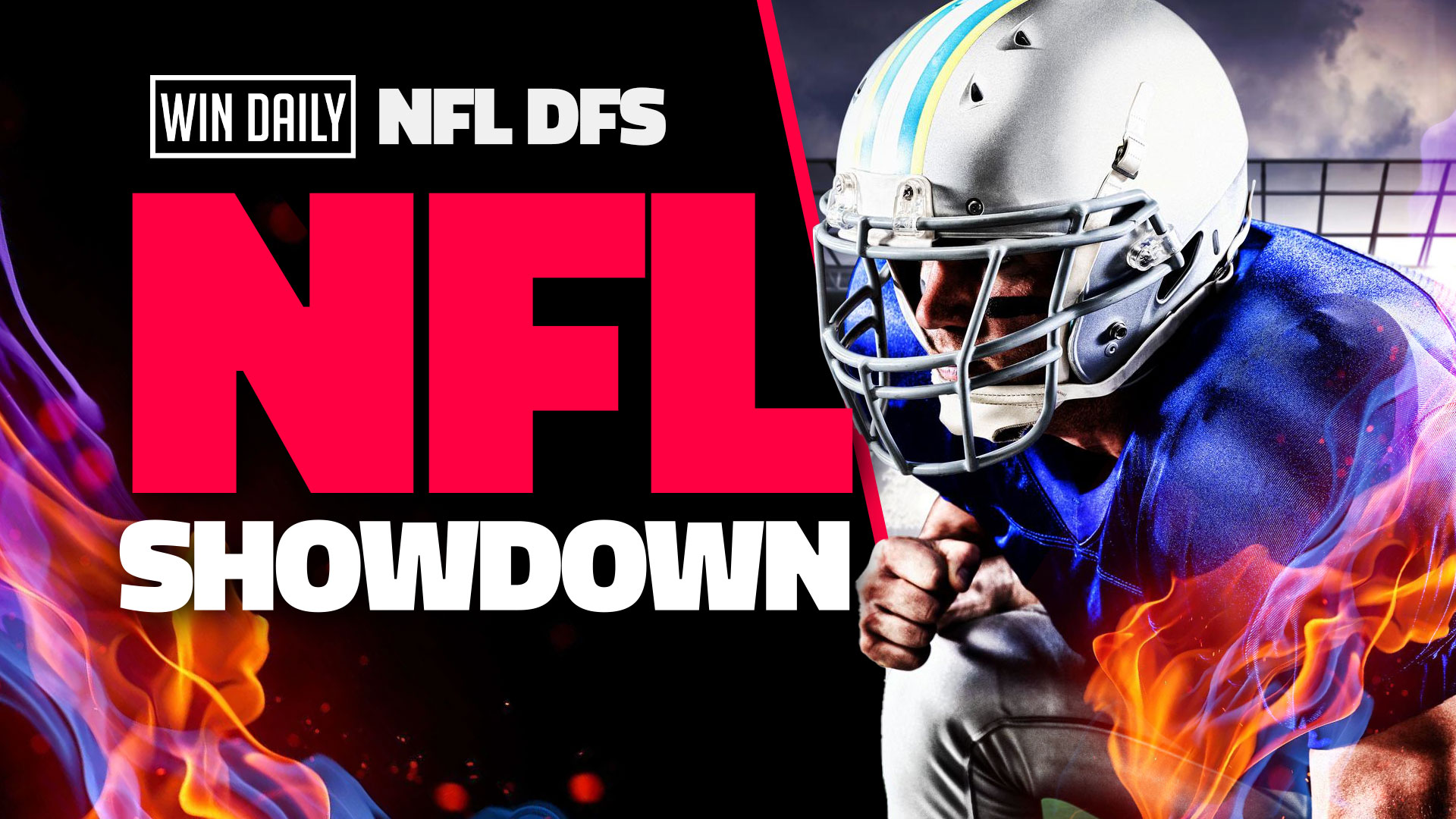 One of the oldest rivalries in the NFL is the Dallas Cowboys and the New York Giants. More than six decades of blood, sweat and tears have gone into this one. That said, this is a different Cowboys with Cooper Rush under center. The good news is that the spread is sitting at -1 for the Giants, but the bad news is the total is just 39 points. Let’s find ourselves an angle to make some cash on Monday Night.

Barkley threw back the clock to 2019 in Week 1, racking up 194 total yards and a touchdown on 24 touches. Week 2 wasn’t quite as kind to him, as he totaled 88 yards, but yet again had 24 touches. Barkley has elite usage and volume in this offense, and he is the most expensive player on this slate for good reason.

The Cowboys have allowed 100 rushing YPG in the young 2022 season. Barkley is the focal point of this offense, and needs to be one of your first targets on this slate. The Giants are one of just six teams averaging a rushing rate north of 50% through two games in 2022. Pick up your shares of Barkley for MNF.

Call me crazy here, but Brown is worth a shot at your bonus spot on Monday Night. CeeDee Lamb will undoubtedly draw ownership, and rightfully so (don’t forget to get yourself some exposure to Mr. Lamb also). I’m taking some shots with Brown up top. He has played at least 85% of the offensive snaps in each game this season. Michael Gallup is still questionable to return for this one, but I don’t expect a huge drop off in snaps for Brown right away.

He has posted a 10/159/1 line on 14 targets through two weeks. He is a low-owned option for you to throw into your bonus spot to differentiate your lineups.

Listen, I know most of you aren’t believers in Jones as a franchise QB, but that doesn’t matter here. Jones has yet to break even the TWO-hundred yard mark passing in 2022. This one is likely to be low-scoring, but Jones adds the extra dimension of rushing floor and upside. He has rushed 16 times for 46 yards in 2022, but he is always a threat to vulture a goal-line score or break a long run. Another option with potentially low-ownership in the bonus spot, Jones could pay off big if things break his way.

I may be the only person who lives near THE Ohio State University who thinks this, but Tony Pollard is better than Ezekiel Elliott. Through two games in 2022, we are seeing it at times, but this may just be the night that he breaks out. Pollard is averaging just 48% of the offensive snaps, but he was efficient against the Bengals after a disastrous game vs Tampa Bay in the opener. Pollard carries nine times for 43 yards and a score, while hauling in four of seven targets for another 55 yards. Dallas has only had ONE rushing attempt inside the five yard line in 2022…and that ball went to Pollard. He scored. Zeke is a fade for me. I wouldn’t mind a shot or two on Tony in the bonus spot. FREE TONY POLLARD!

As mentioned above, the Giants have almost a true 50/50 run/pass split, so I won’t be going too heavy on the passing game. However, Shepard is the target I’m after when Jones is throwing down the field. Shepard had 10 targets last week and played on 88% of the offensive snaps. If any non-Barkley option puts up a big receiving number for the G-Men, Shepard is your guy.

Low total game with two offenses that struggle to score points or finish drives. This game is a great spot to target kickers. These two are a combined 7/7 to start the season. Take advantage of some sputtering offenses in this one and lock in some points in the kicking game. I’ll be throwing both in a few lineups, but will have exposure to at least one in most lineups.

A few others to consider are David Sills, who played 92% of the offensive snaps for the Giants last week. He seems to have surpassed Kenny Golladay on the depth chart, and Kadarius Toney is hardly seeing the field either.

Daulton Schultz is still questionable for this one, and if he misses or is limited, Jake Ferguson needs to be on your radar. He played more than half of the offensive snaps in Week 2, and is just $200 on DraftKings. Don’t expect a break out performance by any means, but he is a free square that could crush value.

Tanner Hudson and Daniel Bellinger each saw opportunity against Carolina, and although Bellinger found the end zone, he saw only the lone target while Hudson saw three. Hudson is $2,800 cheaper on DraftKings, and would be my TE punt of choice between the two.

I’m prioritizing the Cowboys defense over the Giants here, and Micah Parsons is the main reason why. He is a game-wrecker, and is easily the MVP of this team in 2022. He is among the early leaders for DPOY, and for good reason. The Cowboys defense carries a lot more upside here.