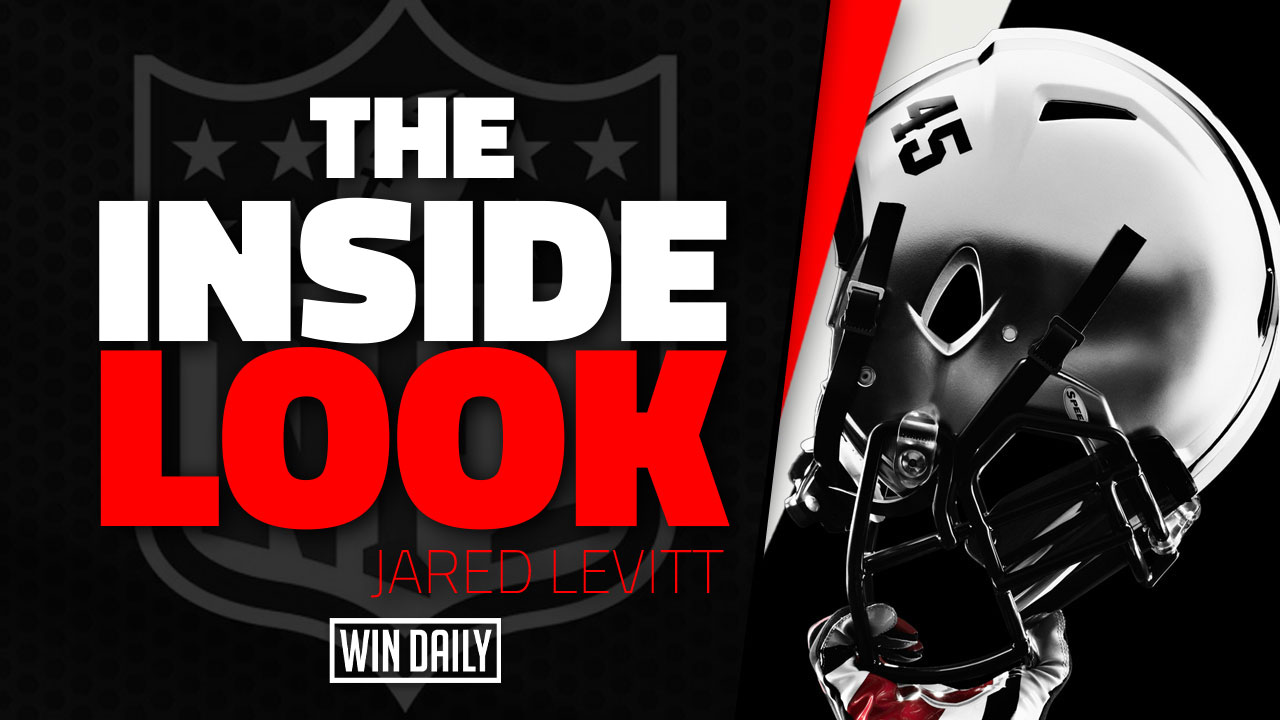 Welcome to the Week 11 edition of The Inside Look for the 2022 NFL season.  This will be a data driven article and will go under the hood to see if the box scores tell the whole story about what transpired during the weekend.   My goal here will be to either calm your nerves about a player that may have underperformed or cause you to rethink some of the spots you may have taken.

With Thanksgiving upon us, we’re officially in the home stretch folks.  Teams are going to start jockeying for playoff position in the coming weeks and the contenders and pretenders are both starting to show their true colors.  The Vikings were completely embarrassed this weekend and the Eagles eeked out another one.  The Ravens are starting to look like the real deal as well.

Let’s dig in to the data!

With Chase out in Week 11, Tee Higgins was primed for a breakout performance.  Boy did he deliver.  Higgins was tied for the league lead in targets in Week 11 with 13 of them.  His 13 targets were the most he’s had this season, as were the 9 catches and 148 receiving yards.  The only thing he didn’t do right this weekend was finding the end zone.  He’ll look to continue with the good ways in Week 12 against the Titans.

Davante Adams is heating up!  Adams was targeted 13 times in Week 11 and made the most out of them.  He finished the game with 7 catches for 141 yards and 2 touchdowns.  He’s now broken the century mark in 3 straight and has 5 touchdowns over those games.  He’s on an absolute heater right now and his fantasy owners are finally reaping the benefits of drafting him early.

This one is bittersweet.  Wan’Dale Robinson had the game of his young career, but it ended in misery.  He set career-highs in targets with 13, receptions with 9, and yards with 100.  When all was said and done though his season came to an end as he tore his ACL.  His future is bright though.  We’ll miss you kid!

Another week where the running backs were essentially MIA in the receiving game.  No running back was targeted more than 7 times this week.  We’ll focus on Tony Pollard here though.  Pollard was targeted just 6 times but he caught all 6 for 109 receiving yards and 2 receiving touchdowns.  He was a huge reason the Cowboys were able to thoroughly dominate the Vikings this weekend.  Up next for him will be a date with the Giants on Turkey day.

For just the second time this season, Pat Freiermuth had double-digit targets.  His 12 targets this weekend were a season-high and his 8 receptions tied a season-high.  With all that being said, the damage that he did was minimal as he only finished with 79 yards and no touchdowns.

Is there a more fun tandem to watch than Patrick Mahomes and Travis Kelce?  Kelce had yet another monster game this weekend.  He turned his 10 targets into 6 catches, 115 yards, and 3 touchdowns!  His 3 touchdowns now give him 11 on the year.  Kelce continues to be one of the most dominant pass catchers in the game.

Dak Prescott and the Cowboys had as dominant of a game as we’ve seen this season.  A lot of it had to do with how he used his pass-catchers. Nearly a third of all of his 30 passes went to his running backs.  With how well Pollard played, a bulk of those went to him.

Jalen Hurts only threw the ball 23 times this weekend, but 80% of those went to his wide receivers.  While Davonta Smith and A.J. Brown were the most heavily targeted, it was Quez Watkins that had arguably the most important catch as his went for a TD.

After a couple of down weeks in regards to carries, the workhorse known as Derrick Henry returned in Week 11.  His 28 carries led all running backs this week.  He didn’t break 100 yards, but most importantly he found the end zone.  His TD game him 10 for the season, the fifth straight season he’s had double-digit rushing touchdowns.  Up next for the Titans will be the Bengals in what is essentially a neutral matchup for Henry.

Between David Montgomery and Justin Fields, the Bears ran a mostly run-type offense this week.  41 of their 60 plays were run plays and the bulk of those runs were Fields and Montgomery.  They combined for 35 carries in Week 11.

With Dameon Pierce having a down game and the Texans went with a pass-heavy offense.  They threw the ball more than 66% of the time this weekend.  The passing game didn’t do much better than the run game as the Texans lost pretty badly to the Commanders.

Make sure to check out all of our NFL articles here.