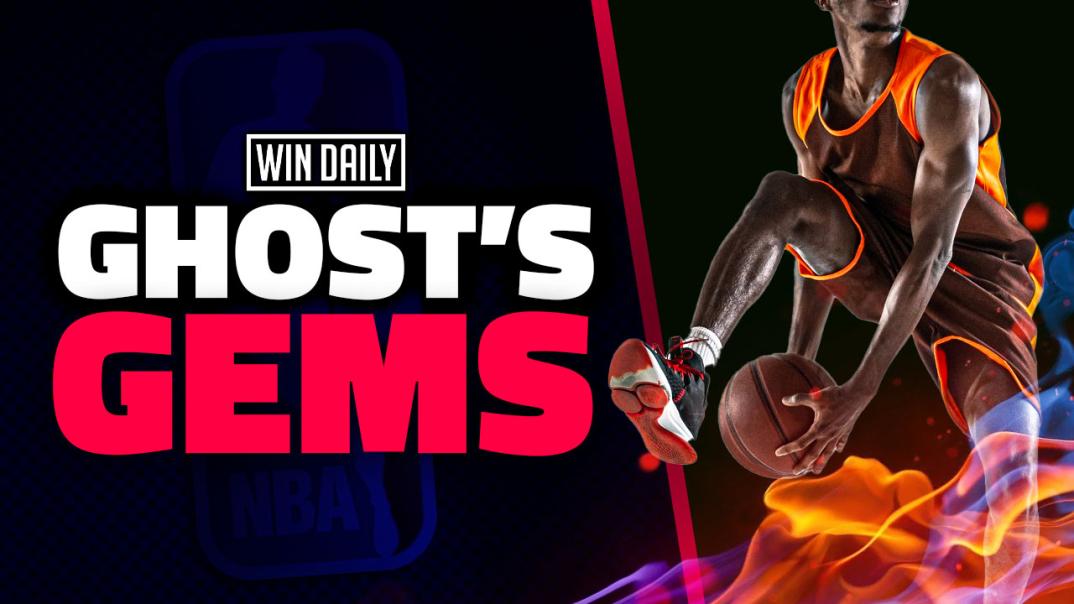 Some teams are on back-to-backs, while a key rotation is sitting out the majority of their starters. The NBA fantasy landscape changes drastically leading up to lock, and tonight will be no different. It’s a Wet Wednesday edition of the Gems – let’s ride.

Be sure to use our proprietary NBA projections and cheat sheet to build your lineups as the news rolls in. Moreover, join the conversation in the Win Daily Discord to get the insight you need from both subscribers and staff.

Trae Young has been inconsistent on offense lately, but whenever he’s playing in the Garden, you have to take notice. By now, everyone knows the history that lies between Young and the city of New York, dating back to the 2021 NBA Playoffs. Additionally to the narrative, the Knicks currently rank 29th in the NBA to primary ball handlers. Moreover, they rank 28th in three-pointers allowed per game. He’s in a tremendous spot, but can’t fault you for being concerned about his recent output. Should you not go to the top of the pricing grid with Young, do not hesitate to go right back to the well with the trio of AJ Griffin, Jalen Johnson, and Jarrett Culver without both John Collins and De’Andre Hunter still out.

Tom Thibodeau continues to search for answers in his rotation and cannot find any. Recently, Cam Reddish has fallen out of the rotation, similarly to how Evan Fournier has for quite some time. Thus, there are few options of interest here. The trio of Julius Randle, Jalen Brunson, and RJ Barrett are in for a heavy workload on offense tonight. However, I also want to mention Quentin Grimes and Immanuel Quickley. The Hawks currently rank 27th in the NBA versus off-ball guards. Grimes has a low floor, but has logged 26 or more minutes in eight straight appearances. Meanwhile, Quickley has only seen 20 or more minutes in three of his last five. Don’t force exposure to the Knicks tonight.

If you’re looking for a back and forth between two elite guards, this is the game for you. Over his last seven appearances, Shai Gilgeous-Alexander has topped 30 points in every one. Moreover, he has averaged 31.7/5.1/6.1 on 44.4% shooting during that span. While the field will see his lackluster performance against Memphis in their last game, I’m counting on the fact that this keep him rostered at a lower number than he should be. With a certain stud point guard in the next game ruled out, there is arguably to better option at the position on this NBA slate than SGA.

Ja Morant has been removed from the injury report, and the Memphis value from their last NBA slate is gone. However, there are different ways to get exposure to this offense in an elite game environment. Morant is the obvious choice, but by doing so, you’re committing the primary contributions of your lineup to a single game. This is more than fine given the studs in this matchup, but if not, use the Memphis frontcourt. With OKC running a much smaller lineup than Memphis, Steven Adams will likely see less than 30 minutes in this game. Thus, things open up for Jaren Jackson Jr., Brandon Clarke, and Santi Aldama. OKC currently ranks 26th in the league versus centers while allowing over 54 points in the paint per game, ranking 27th in the NBA.

The field will flock to this game and rightfully so. Golden State is sitting out three of their five starters with Steph Curry, Andrew Wiggins, and Draymond Green all ruled out. Thus, Jordan Poole instantly becomes the most popular option on the NBA slate. On the season, Poole is sporting a 27.5% usage rate and 1.03 fantasy points per minutes. However, his usage jumps to 32.6% in six starts this season. Moreover, with Curry off the floor, Poole carries a whopping 35.2% usage rate and sees his fantasy points per minute increase to 1.15. Utah currently ranks 20th in the NBA against primary ball handlers, while also sitting 25th in defensive rating.

The potential return of Mike Conley complicates a backcourt that is already riddled with talent in Jordan Clarkson, Collin Sexton, and Malik Beasley. However, he will almost certainly be on a minutes limit, if he makes his return. While both Sexton and Beasley are going to see the biggest decrease in volume of the trio, both Jordan Clarkson and Lauri Markkanen will still carry this offense. Golden State has struggled with its perimeter defense this season, most notably versus combo guards. This bodes well for Clarkson, who has scored 20 or more points in eight of his last ten games. Over that span, Clarkson has averaged 22.5/3.6/4.8 on 44.8% shooting, leading the team in usage rate at 28.1%.