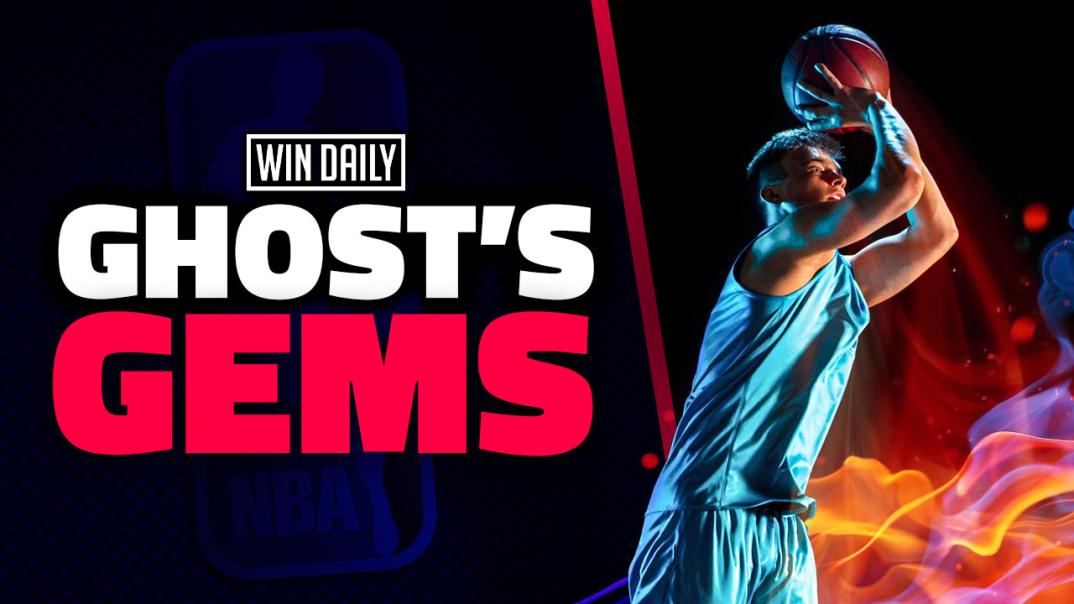 There are only six NBA teams in action tonight but there is no shortage of intriguing headlines. The King makes his return to Cleveland, while both Miami and Dallas are on the second half of a back-to-back. It’s a Taco Tuesday edition of the Gems – let’s ride.

Only three games are on the schedule tonight. Therefore, a single injury or lineup change can alter the slate and popularity of players. Thus, be sure to use our proprietary NBA projections and cheat sheet to build your lineups as the news rolls in. Moreover, join the conversation in the Win Daily Discord to get the insight you need from both subscribers and staff.

Barring any added injuries throughout the day, there is little intrigue in the Pistons offense tonight. Jaden Ivey has the highest upside of the bunch, but I prefer another guard in the last game of the NBA slate at a similar price point. Elsewhere, Bojan Bogdanovic can certainly shoot well from deep in this one with the Heat ranked 27th in the league in three-pointers allowed per game. Additionally, the duo of Marvin Bagley and Isaiah Stewart see a bump in the frontcourt should Bam Adebayo be ruled out, but only in that specific scenario.

We are going to need some value to roster some of the studs discussed below and this is the game to get it. Now, at the time of writing, I am fully anticipating Jimmy Butler sitting out on the second half of a back-to-back. With Detroit being without Cade Cunningham for the foreseeable future, the Pistons are set to be contending for the top of the lottery. Thus, there is no reason for Miami to push Butler, who is dealing with a knee injury. Moreover, Tyler Herro is dealing with an ankle injury, and Max Strus is nursing a shoulder issue. There is no confirmation on who the Heat will sit out, but I’m banking on the fact that is is a lengthly injury report to provide immense value on this NBA slate.

Look out for the rejuvenated Lakers! Is this team still a championship contender? One can argue no, but you can certainly argue in favor of LeBron James and Anthony Davis being one of, if not the strongest duo in the NBA right now. Over his last nine games, Davis has been on an absolute tear. The All-NBA talent has posted double-doubles in every one of those appearances with 25 points or more in every one. Moreover, he has averaged 35.3/15.6/2.7/1.2/2.9 on 64.8% shooting during that span. Additionally, Davis currently leads the league in rebounds per game and is second in blocks. A tough matchup looms against Evan Mobley and a potential return for Jarrett Allen to the lineup, but Davis has entered the conversation for being unfadeable right now.

If you’re looking for a potentially overlooked player that can contend with the slate’s best, it’s Donovan Mitchell. The back and forth between he and Darius Garland on offense can cause headaches on offense, but one of the two is set to dominate here. Mitchell currently leads the team in usage rate at 31.3% with Garland right behind him at 28.3%. Moreover, the same trend lies true in the Cavs’ last five and ten games. Mitchell has a higher upside due to his shotmaking and minutes splits. With the Lakers ranked 28th in the NBA against primary ball handlers, both Mitchell and Garland are firmly in play, but I prefer the former.

There should be no doubt that Luka Doncic can lead any NBA slate in scoring. Not only that, but he is one of few players in the league who can produce at a level that alters fantasy sports in indescribable ways. However, as good as he is, playing Doncic on DraftKings tonight forces you into an ugly lineups structure. On FanDuel, it is much more doable. Thus, I’ll have exposure to him on the latter rather than the former. It’s a bold stance to take, but you have to plant your flag on small slates. No exposure to this offense on DraftKings, with Doncic firmly in play on FanDuel.

Similarly to Luka Doncic, there is another international star that can shift an NBA slate like only a few in the league could. Nikola Jokic certainly has a sizeable advantage over Dwight Powell and Christian Wood on the inside, but the Mavericks actually rank first in the league against true centers. They collapse the paint well, but this leaves the perimeter open. Thus, Jamal Murray is a great way to get exposure to Denver if you’re not playing Jokic. Over his last five games, Murray has averaged 23.2/3.8/5.6 on 50% shooting. Moreover, he has the second highest usage rate on the team at 29.1% over that span.