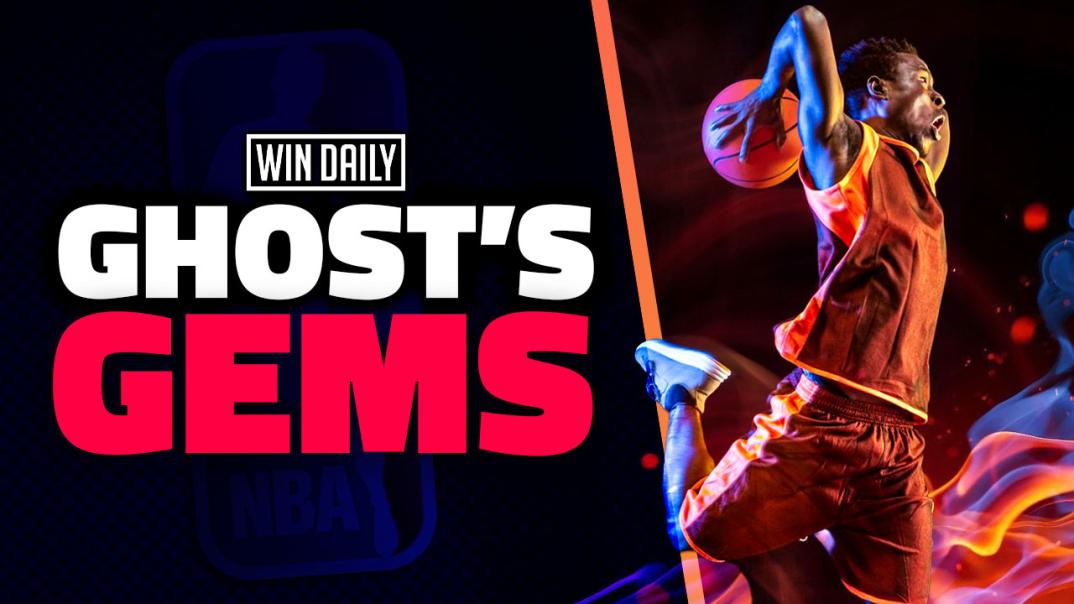 There are plenty of elite options on this NBA slate. Thankfully, there are a few game environments and matchups that stand above the others. It’s a Mojito Monday edition of the Gems – let’s ride.

A few players are making their returns from injury tonight while others remain out. Moreover, there will be injury reports to be monitored since some teams are on back-to-backs. Thus, be sure to use our proprietary NBA projections and cheat sheet to build your lineups as the news rolls in. Moreover, join the conversation in the Win Daily Discord to get the insight you need from both subscribers and staff.

Josh Giddey is resembling a fellow combo guard in this game. While his style of play translates to that of Dejounte Murray, it won’t be Giddey seeing him on defense, but rather Shai Gilgeous-Alexander. Thus, this is a tremendous spot for the former. Because Murray guards primary ball handlers, Atlanta currently ranks 24th in the NBA against off-ball guards. As a result, Trae Young is currently ranked 15th-worst in the league as a qualified defender. Through his last 13 games, Giddey has scored ten or more points in 12 of them. In that same span, he has averaged 15.7/8.8/5.9 on 47.6% shooting and is second on the team in usage, minutes, scoring, and assists, while leading the team in rebounding.

Although Trae Young is expected to be returning to the lineup tonight, there is still plenty of value with both John Collins and De’Andre Hunter out. On their last slate, the trio of AJ Griffin, Jarrett Culver, and Jalen Johnson were crucial to our subcribers. Not only were they ignored by the field, but they combined for over 90 fantasy points for a little over $11,000 in salary. Tonight, on an NBA slate where value will be needed to roster multiple studs, this is the spot to be.

If you’re looking for a back and forth between two of the league’s best, this is the game for you. I’d spend time talking about the history between Devin Booker and Luka Doncic, but there’s only so many hours in a day. If you’re unfamiliar with what has happened between these two, start at last season’s Conference Finals and you’ll find out soon enough. Over his last three games, Booker has led the Suns to a 2-1 record, at the time of writing. One win by blowout, one tight win, and one tight loss. During that span, Booker has posted 40 or more points in all three affairs, averaging 45.3/5.3/6 on 66.7% shooting, including 57.9% from deep.

Both of these teams have injury reports to monitor in one of the best game environments on the NBA slate. The Pacers find themselves on the second half of a back-to-back, meaning some players may sit. Most notably, Tyrese Haliburton has been nursing a groin injury. We’ll have the see how things shake out with their final injury report, but I’m certainly keeping an empty spot for a late swap in the event players are ruled out for the Pacers.

The Warriors are dealing with injuries of their own in this one. Both Andrew Wiggins and Jordan Poole are questionable to play. However, Klay Thompson is back in the lineup and he is the main interest on offense, aside from Curry. The Pacers currenly rank 23rd in the NBA in three-pointers allowed per game and three-point shooting percentage allowed. This bodes well for Thompson, who is arguably one of the best shooters to ever take an NBA court. Dating back to November 1st, Thompson has made two or more three-pointers in 12 of 13 appearances. Moreover, he has posted 19.8 points per game during that span with an average of 4.3 three-pointers made per contest, shooting 41.5% from deep.