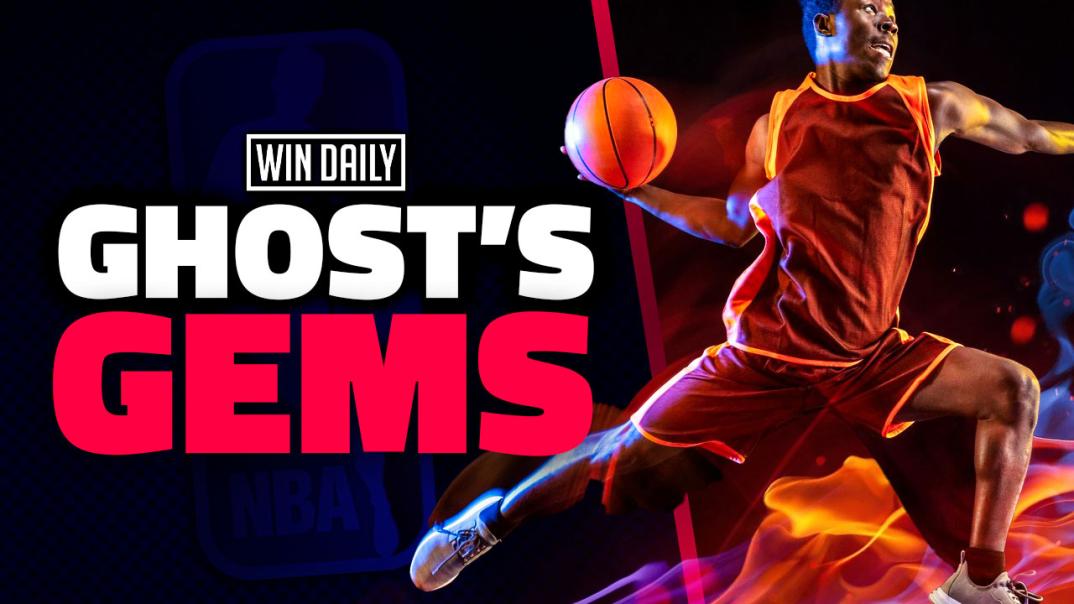 The majority of the NBA was off yesterday but we have a loaded slate in its return. Multiple teams are dealing with the injury bug, while others are struggling to overcome early season woes. It’s a Fajita Friday edition of the Gems – let’s ride.

Despite the day off yesterday, many players have already been ruled out tonight. Moreover, there are lengthly injury reports heading into tonight’s action. Thus, be sure to use our proprietary NBA projections and cheat sheet to build your lineups as the news rolls in. Moreover, join the conversation in the Win Daily Discord to get the insight you need from both subscribers and staff.

We already knew the Nuggets were banged up heading into the season. Jamal Murray was recovering from an ACL tear, while Michael Porter Jr. was healing from a recurring back injury. Now, the latter is out for tonight’s game with a heel injury, which marks his sixth absence this season. In their absence, Nikola Jokic will shoulder the load on offense. Moreover, his support case of Bruce Brown and Aaron Gordon have been playing at high levels this season. However, the interest here lies in Jokic. His opponent currently rank 23rd in the NBA against true centers. Additionally, Jokic has posted a 26.8/11/8.8 scoring line on 66.7% shooting across his last four games, sporting a 28.3% usage rate.

We hit big on a Trae Young masterclass the other night versus Orlando, but the Hawks rotation is riddled with value tonight. Both John Collins (ankle) and De’Andre Hunter (hip) left last game and did not return. Additionally, the two have already been ruled out for tonight’s game. Thus, we are going to see a heavy dose of AJ Griffin and Jarrett Culver tonight, in addition to Onyeka Okongwu if Clint Capela (ankle) is ultimately ruled out. Although the usage will be modest, the Hawks duo represent some of the best value plays on the NBA slate.

Even with CJ McCollum likely to return tonight, Zion Williamson is an elite target on tonight’s NBA slate. In the absence of Brandon Ingram, it’s been Williamson who has carried the Pelicans to a 3-1 record over their last four games. Moreover, Zion has posted two 30-point efforts during that span, averaging 25.5/8.5/4.5 on 68.3% shooting. The Spurs currently rank 28th in the NBA in points in the paint allowed per game and will be without their best defender in Jakob Poeltl.

The Spurs are heavy underdogs in this game but if they want to keep it close, it will be because of Devin Vassell and Keldon Johnson. The latter gets the more favorable matchup on the wing, but the former has been performing exceptionally well as of late. Keldon Johnson faces a Pelicans defense that currently ranks 29th in the NBA against wings, in addition to avoiding a matchup against Herbert Jones since he has been ruled out. However, it is Vassell that is the better of the two targets for tournaments. Across his last seven games, Vassell has posted a 22.3/4.3/3.7 scoring line on 47.4% shooting, including 44% from deep.

Look out for Myles Turner on tonight’s NBA slate. Not only has the Pacers center been playing at an elite level on both ends of the floor, but he gets a phenomenal matchup as well. On the season, Turner has averaged 17.1/8.3/1.5 on 52.8% shooting. Moreover, he has chipped in nearly 1.5 three-pointers per game, shooting 37.7% from behind the arc. On the defensive side of the ball, Turner is second in the league with 2.6 blocks per game. Utah currently ranks 29th in the NBA against true centers, making this matchup appealing as ever. Be sure to keep an eye on the status of Tyrese Haliburton, who is questionable to play with a groin injury. Should he be ruled out, there is plenty of value to be had with Bennedict Mathurin and TJ McConnell.

Exposure to the Jazz offense is enticing tonight. There is only one spot to avoid against the Pacers defense: Myles Turner. The big man is quite the disadvantage for the duo of Kelly Olynyk and Jarred Vanderbilt. Thus, the trio of Lauri Markkenen, Jordan Clarkson, and Collin Sexton are the desired options. By now, you know the kind of season Markkanen has been having and he has the safest floor of the three. However, the guard duo has tremendous upside in this matchup. Indiana struggles mightily against primary ball handlers, off-ball guards, and combo guards. Clarkson has 20 or more points in seven of his last eight games, while Sexton has averaged 17.6/2.6/7.2 on 60% shooting over his last five games.