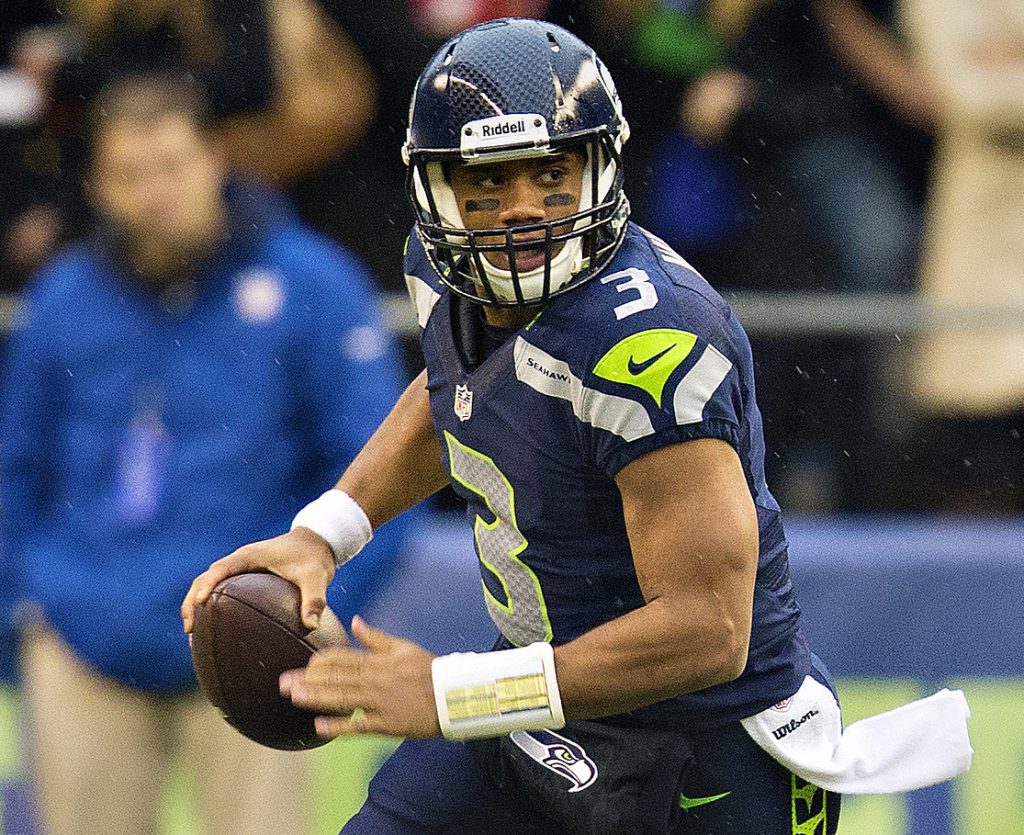 Welcome to another Monday night football DFS preview article. I will be covering value and punt plays, favorite stacks, and my contrarian play of the game. So who is ready for some Monday night action between the Seahawks and Vikings? All prices discussed are via DraftKings in their Monday Night Football DFS Showdown Contest.

Updates on this game are that Adam Thielen was ruled out early on Sunday. The prices were obviously made with Thielen playing in mind, so guys like Kyle Rudolph ($6,600) and Olabisi Johnson ($2,600) become great values. Rudolph, in particular, has been great since the absence of Thielen. He’s produced a combined five touchdowns in his last five games. He is in a great spot to continue his trend of success this week, as he’ll face a Seattle defense that’s allowed 6.4 catches and the third-most fantasy points a game to tight ends.

Seattle also averages two field goals per game at home this season so Jason Myers ($5,700) of the two kickers is cheaper and the better play. Other punt plays are any of the lower-end Seahawks receivers that include Malik Turner ($2,000) and David Moore ($1,600). Both had receptions over 30 yards in their last game and played in 27 percent of the snaps.

The Vikings over the past four weeks have allowed the second-most fantasy points to the wide receiver position. This sets up nicely for Russell Wilson ($10,800) to throw some bombs to guys Tyler Lockett ($9,600) and DK Metcalf ($7,600). I also like adding Jacob Hollister ($4,800) into this stack as well. No team has allowed more targets to the tight end position this season. Especially in the last four weeks where the Vikings have allowed the third-most red-zone targets to the tight end.

A Vikings stack is also in play here combing the Vikings DST ($3,400) and Dalvin Cook ($11,800), even though the Seahawks’ defense ranks top ten in rushing yards per game allowed at home. In terms of pass defense, Seattle has allowed the fifth-most fantasy points to wide receivers over the past four weeks, but just fourth-fewest to quarterbacks. With no Thielen, Stefon Diggs ($9,800) has a strong chance to lead the team in targets. Diggs is a definite boom-bust candidate with three of his last five games scoring 23 or more fantasy points. The other two games which were both road games he scored under eight fantasy points. If you end up going heavy Seahawks and need a bring back Minnesota player use the running back.

The FanDuel Sportsbook has a projected total of 49.5 with the Seahawks favored by 2.5 points. That being said they are at home, but the running back room for the Seahawks is a total question mark between Chris Carson ($8,400) and Rashaad Penny ($5,400). Not to mention the matchup is absolutely terrible with the Vikings allowing the fourth-fewest fantasy points to running backs this season, and seventh-fewest over the past four weeks. The only running backs that have scored double-digit fantasy points versus them outside Adrian Peterson have scored touchdowns. Seattle is averaging just .6 rushing touchdowns at home this season. Minnesota is allowing an average league-low .3 touchdowns on the road this season. If you make a Seahawks dominant stack leading with one of their RBs in the captain spot will for sure make your roster different. And as fun stat nugget: Bet the under with Clete Blakeman reffing this game.

Fading Cook could be a potential option as he will most likely be the most-owned running back in the Captain Spot, but with his points per game splits favoring Cook on the road, he’s tough to get away from. I always prefer to play pass-catching running backs in the captain spot so that is why Cook would be my preferred captain. I mentioned Kyle Rudolph has great value, but the perfect contrarian play off him is Irv Smith Jr. ($3,600). Seattle is the second-worst team versus the tight end in terms of fantasy points allowed and Smith Jr. unlike Rudolph is a big-play threat at tight end.

Of the two defenses, I prefer the Vikings even against Seattle. Over the past four weeks, Seattle has allowed the eighth-most fantasy points to defense/special teams. A lot of that has to due with Carson fumbles. PFF has the Vikings with a top-ten pass rush, with Seattle ranking with the second-worst pass block grade.