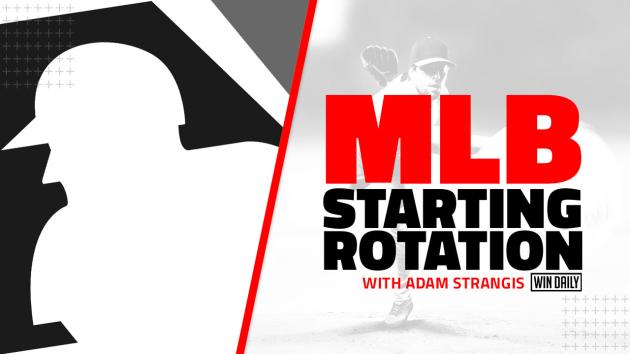 We are almost to the end of the regular season and we do get a full slate tonight although most teams have packed it in for the season. With that said, the list of starters will continue to be relatively short as we can focus on exactly who is important and who isn’t in the MLB DFS Starting Rotation 10.1!

The bad news is there are not a lot of trustworthy arms tonight. The one that stands out the quickest is Clayton Kershaw. He and the Dodgers are clawing to stay out of the Wild Card spot and in his last start, Kershaw got smacked around. That’s not how he wants to go into the postseason so I fully expect him to throw 75-90 pitches and try to be in his best form. Kershaw is still using the slider as his primary pitch and if he qualified, it would be the highest-rated slider on FanGraphs. It just so happens that Milwaukee is 29th against that pitch and is 0.2 away from being dead last. That is not a good matchup for them tonight and they cannot move their seeding at all. The Brewers have also been seventh in K rate against lefties all year at 24% and Kershaw has a 30.5% K rate against righties with a 2.79 xFIP. He’s slated to face six righties and the pitcher spot and I’m willing to pay the premium.

I would expect Kershaw to be chalky and that opens up a very interesting pivot in Sandy Alcantara. You could argue to play both but that is an expensive route to take and even though Miami doesn’t have a thing to play for, Alcantara is still pitching his typical workload. Philly could be eliminated by the time this game takes place but no matter what, Alcantara has been great this season. He’s also been in top form in Miami with a 2.95 xFIP, a 26.6% K rate, a 2.17 ERA, and a .235 wOBA. He has been worse against lefties on the year but a significant chunk of that has come from his road starts. The last start against the Phillies in Philly was rough but the first two generated at least 20 DK and had one over 30. Alcantara features a slider and changeup that both have a wOBA under .280 and a whiff rate over 30%.

In that same game, Ranger Suarez should be very, very chalky again as well. DK did finally raise the price to what he deserved to be but he’s coming off a 40 DK point start. That’s not even mentioning the fact that Rich Hill was chalk last night and Suarez has been pitching much better than he has. Suarez is still rocking an elite combo of a 25.1% K rate and a 60.6% ground ball rate and that could not be better for DFS. We’re either getting points for the whiffs or the ball isn’t in the air to do a lot of damage. While his strikeout rate is higher against lefties at 31.4%, it’s still 22.8% against righties and the hard-hit rate is just 29.1%. The sinker and change are his main weapons with over 70 strikeouts and both are under a .260 wOBA. We could game stack this one in GPP.

There are a bunch of talented pitchers that generally we like but face very difficult spots and I will not really be interested unless they draw a weird lineup. That list includes Shane McClanahan, Lance Lynn, Sean Manaea, and Nestor Cortes. McClanahan especially could see a shorter start with the Rays locked into the number one seed. I think there are two other potential plays in Marco Gonzales and Jose Suarez, two lefties in the same game. I don’t particularly like the salary for Gonzales but he’s just a hair under averaging 19 DK points in the past 10 games. The crafty veteran lefty draws an Angels lineup that has been in the bottom-eight of all of our offensive categories since the deadline. He is insanely risky at this salary because his xFIP against righties is 5.64 and not typically what we talk about. However, the Angels have been so bad and Gonzales has been so strong that he is worth a look.

Suarez is a lot cheaper but there is not a lot of safety here since the Mariners are fighting and Suarez is just not a stable option. The K rate is 20.3% but the swinging-strike rate is 11.2% which is fairly high. Seattle is 17th and 27th against the curveball and changeup, which make up almost 50% of the pitch types for Suarez. Now the lineup is important for him because he is rough against lefties with a .405 wOBA and a 4.98 xFIP, while the Mariners are projected for three. If that’s all, the .269 wOBA against righties and a 1.07 WHIP is much more appealing so we would need to know what he’s looking at. It doesn’t hurt that Seattle is fourth in K rate against lefties, either.

I’m looking to afford the Kershaw/Suarez duo to start but I’m jamming in Blue Jays as well. They will get Thomas Eshelman as a long reliever and through 71 batters faced, he has a .427 wOBA, a 6.30 xFIP, and just a 7% K rate against the right side of the plate. He’s throwing a fastball almost half the time and Marcus Semien, George Springer, and Bo Bichette are in the top five of the team against that pitch. They also sit above a .340 wOBA and a .170 ISO. Springer and Semien are especially appealing with their ISO’s over .290 on the year and we know that if you can’t miss bats against the Jays, you’re not going to have much success.

That means we need salary relief and we’re going to get in the Cubs. they’re always a risk because they whiff so much but at the same time, they have some hitters who have played well since the deadline like Frank Schwindel, Rafael Ortega, and Ian Happ. All of these hitters have a wOBA over .335 and Schwindel is at a .415 mark, in addition to all of them being over a .200 ISO. They’re going to start with Daniel Hudson but he likely doesn’t stick around long and then we’re into the bullpen. That trio is plenty cheap for their performance and only Happ has a K rate above 19%. I’ll roll with that to get the pitching I want and at least three Blue Jays bats.

Thank you for reading my MLB DFS Starting Rotation 10.1 and make sure you follow me on Twitter at @bucn4life! Be sure to sign up for an ALL ACCESS GOLD ACCOUNT account here at Win Daily Sports. Gain access to our Projection Models and jump into our Discord where we will have our experts talking plays across every sport and slate!