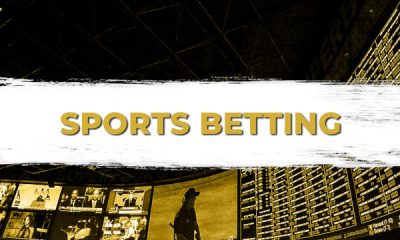 Yesterday, Cash with the Flash Best Bets suggested you play the Chicago Bears to cover the three points and beat the Green Bay Packers. That didn’t go so well for us, did it?

The Bears offense was non-existent and quarterback Mitchell Trubisky looked rusty on Thursday night. Trubisky played a grand total of three snaps (all handoffs) this preseason.

It will be interesting to see how offenses look on Sunday, and especially offenses of teams that didn’t use their four preseason games to prepare their starters for a real, tackle football game.

I’m looking at you, Jared Goff.

Cash with the Flash Best Bets is interested in a pair of NCAA football games for Friday night.

Rice Stadium in Houston, Texas is the site for a clash between the Wake Forest Demon Deacons and host Rice Owls. Wake Forest is 1-0 after narrowly defeating Utah State in their home opener by a score of 38-35. Rice is off to 0-1 start compliments of a 14-7 road loss to the Army Black Knights.

The Demon Deacons return 12 starters from a 7-6 team and Wake Forest enter Friday night a winner of five of their last six road games and is 12-3 in non-conference games since 2016. Junior quarterback Jamie Newman Jr threw for 401 yards and three touchdowns and senior running back Cade Carney rushed for 105 yards to lead the Demon Deacons over Utah State.

Vegas opened this game at 17.5 points, and you can get 19 points in most shops in and around Las Vegas. Wake Forest slid by Utah State and allowed 596 total yards to a pretty good Utah State offense. Rice has a pair of nice running backs and they should be able to control the clock and keep the Demon Deacons and the Newman aerial show from taking full flight. I fully expect Wake Forest to win this game, but 19 points are too many to lay for a Wake Forest defense allowing 180 rushing yards to Utah State last week. Your Cash with the Flash Best Bets is taking the points and playing the Rice Owls to cover Friday night

Boise State hosts Marshall in their second meeting between the two schools. Boise State enters Friday night with a 1-0 record after sneaking out of Tallahassee with a 36-31 victory over a much-improved Florida State Seminoles tackle football team. Marshall is also 1-0 after their home opening beatdown over VMI by a score of 56-17.

Freshman quarterback Hank Bachmeier started his college career with a bang throwing for 407 yards and a touchdown and junior running back Robert Mahome scampered for 142 yards and two touchdowns to lead the Broncos to a thrilling 36-31 come from behind victory over the Seminoles. Senior kicker Eric Sachse was the real hero, converting all five of his field-goal opportunities with the longest being a 41-yard boot.

Marshall is the defending Conference-USA Champion and gave VMI a serious beating in their home opener. Sophomore quarterback Isaiah Green threw for 238 yards and four touchdowns with just one interception and sophomore running back Brendan Knox rushed for 43 yards and two touchdowns in a rout that saw six Thundering Herd players score touchdowns.

Boise State is 24-8 against current C-USA teams and has won 17 consecutive home openers. Marshall is 3-17 over their last 20 road openers and is defending Champion of the C-USA East.

Marshall has a traditionally stout defense and this season is no exception, but Boise State is the much better team on both sides of the ball. VMI isn’t a very good football team yet was able to throw for 201 yards against the Thundering Herd.  Marshall does return six starters to their defense, but I think Bachmeier and the Broncos will be too much for the Thundering Herd to deal with on the Blue Turf at Albertsons Stadium. Cash with the Flash Best Bets suggest laying the 12 points and playing Boise State to cover the 12 points against Marshall on Friday night.