At Win Daily, our motto is to “change your game and change your life.” Sure, we want to help you win that big DFS tournament. But we want you to have a greater enjoyment of Daily Fantasy Sports while you are doing it. Along the way, you also may learn some life lessons and gain some perspectives you may have never considered before. 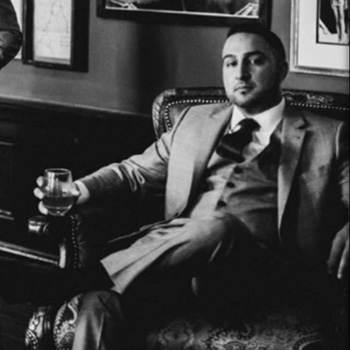 Jason has been a successful entrepreneur his whole life. Jason has been a professional, top-ranked Daily Fantasy Player on FanDuel and DraftKings for more than seven years. He has won FanDuel’s $155,555 King of the Diamond competition and placed second in DraftKings’ Fantasy Basketball World Championship earning him $300,000. Jason has been a finalist at multiple live fantasy sports championships, and he recently achieved the one-million-dollar milestone for entry fees at DraftKings. From this experience, Jason developed Win Daily Inc. to help others succeed at playing Daily Fantasy Sports (DFS) and winning at the game of life. He owns and operates windailysports.com, which supports the DFS community with resources such as tools, projection models, in-depth written analysis and podcasts, plus much more. 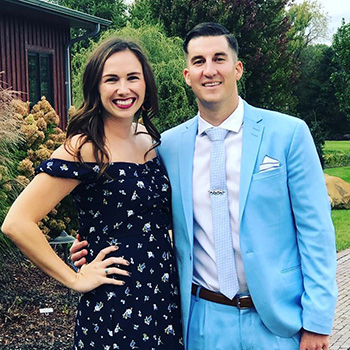 Nick is an Illinois State University Alumn and a die-hard Chicago White Sox fan. Been playing DFS for over 8 years specifically NFL and MLB. Nick is the NFL Content Director at Win Daily Sports and enjoys a well-balanced and disciplined bankroll management angle when playing DFS. Nick is the creator of the AETY NFL Projection model and has been know to crush NFL DFS Slates. Whether it’s locking in your optimal cash-game lineup or leveraging the field ownership to get an edge in GPP’s, Nick is our go-to-guy for everything on the gridiron. Feel free to reach out to him directly on Twitter @StixPicks at any time! 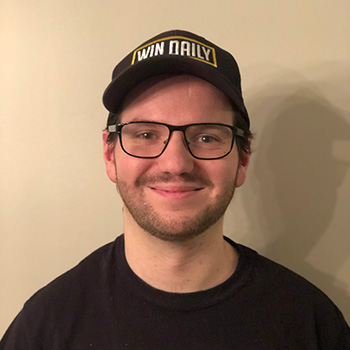 Nicholas Di Tommaso “Ghost” has been playing daily fantasy sports for five years, in addition to his season-long expertise across various sports. He has since set out to combine his passions of finance and sports to successfully become a professional DFS player. Nick loves a healthy balance of both cash games and tournament play, but prefers the latter, especially in NFL and NBA, where he mostly plays single entry GPPs and 3-max tournaments. The Montreal, Canada native is looking to put WinDaily on the map by representing the North of the border in all fields, specifically NBA, NFL, NHL and MLB, along with other Canadian staff members 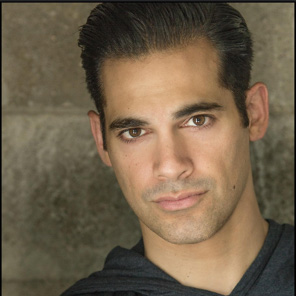 Sia Nejad is a 20-year veteran of fantasy sports and began creating fantasy content for one of the first daily fantasy sports sites, fantazzle.com. He is an avid DFS player and year-long fantasy player and his fantasy football acumen has been referenced on ESPN’s The Dan LeBatard show. He has also appeared on CBS Fantasy Football Today. Sia is also an avid sports bettor, handicapper and poker player and recently appeared in his first World Series of Poker Main Event where he cashed. Sia is also an attorney who has contributed legal analysis to various media outlets including content related to the NFL Concussion lawsuit. 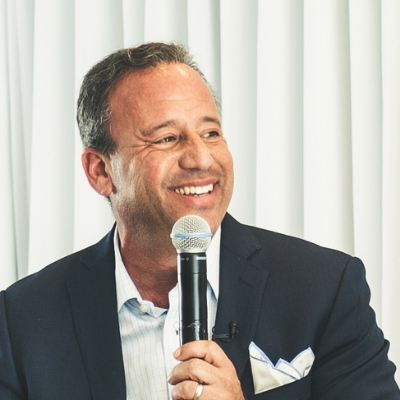 David Meltzer is the Co-Founder of Sports 1 Marketing and formerly served as CEO of the renowned Leigh (“Lee”) Steinberg Sports & Entertainment agency, which was the inspiration for the movie Jerry Maguire. David has been recognized by Variety Magazine as their Sports Humanitarian of the Year and awarded the Ellis Island Medal of Honor. He is also the Executive Producer of the brand-new Bloomberg and Amazon Prime television series 2 Minute Drill. His life’s mission is to empower OVER 1 BILLION people to be happy! This simple yet powerful mission has led him on an incredible journey to provide one thing…VALUE. In all his content, and communication that’s exactly what you’ll receive. As part of that mission, for the past 20 years, he’s been providing free weekly trainings to empower others to empower others to be happy. 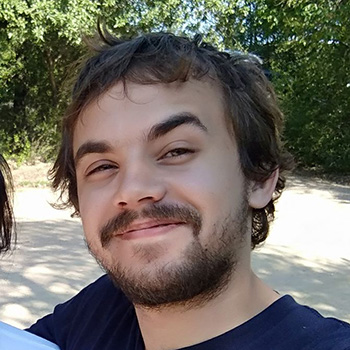 William joined Win Daily out of a Tech, Marketing and Entrepreneurship Background in October 2019. 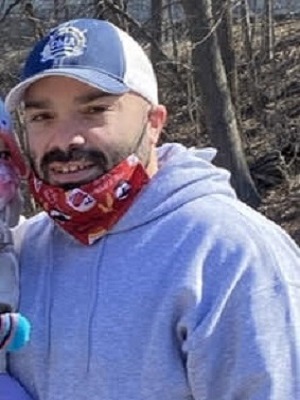 Jared has been playing fantasy sports since the days where his parents had to drive him to drafts since he was too young to drive and the draft couldn’t be done online because well, the internet hadn’t really been born yet. He grew up in Coney Island and Central Jersey and that’s where he fell in love with the Mets, Rangers, and Knicks. Now residing in Baltimore where he manages collection strategies for a major bank. 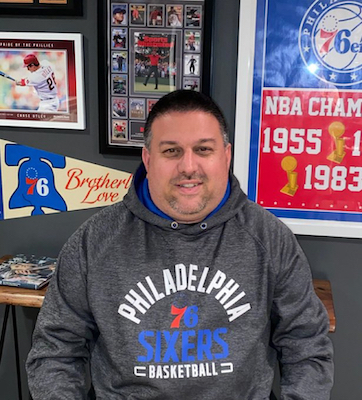 Tony has been talking and playing fantasy sports for the better part of 25 years. From designing his own season-long leagues to creating DFS streams, there’s not much he hasn’t been involved with. Tony is the founder of the Heat Ratio Sports Network, which encapsulates the entire local and national sports scene throughout its 7 days a week programming. He has been featured on numerous television and radio networks including ABC, FOX, and ESPN Radio. His Fantasy Vignettes (fastest 90 seconds in Fantasy Sports) can be heard M-F at 3:50pm on Fox Sports the Gambler. On top of that, he oversees the day-to-day operation of his own PR Company, Rize and React Media. When he is not laying out DFS picks, you will see him behind the mic covering live/virtual events at many different venues. Tony got the nickname Jigsaw for his fiery takes, unique opinions, and unwillingness to back down from a good debate. He looks forward to bringing you a unique look at the Fantasy world, as he carves out his own space here at WNS. 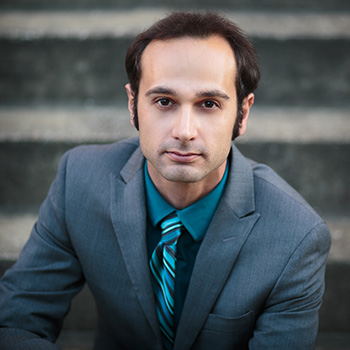 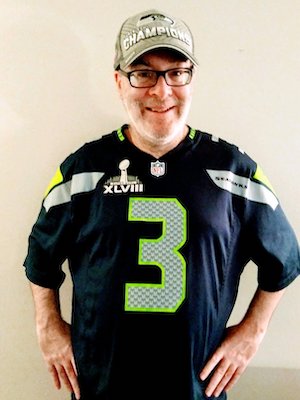 Scott Engel is a 20-plus year veteran of the Fantasy Sports industry and an inaugural member of the Fantasy Sports Writers Association’s Hall of Fame. He is a four-time FSWA award winner and nine-time finalist. He won the CBS SportsLine Hall of Fame Award for his longstanding service and was a featured Fantasy analyst for ESPN.com. Scott is a longtime and award-winning host on SiriusXM Fantasy Sports Radio. He was the Managing Director and driving content force behind RotoExperts.com for more than a decade and helped launch the FNTSY Sports Network. 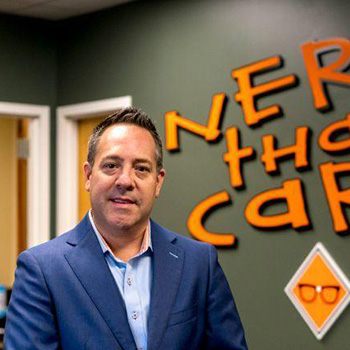 James Rocker is an entrepreneur with a passion for everything technology and business. He started out his career as a cyber security analyst and has over 20 years’ experience in the IT industry. James currently serves as the CEO of a rapidly growing MSP and Cyber Security company in New York. During the day he is overseeing the majority of operations in the company, but by night James is a DFS Professional. He puts a lot of his energy in NFL, MLB, and new found favorites of KBO and LOL. James is a smart thrifty player and understands the game, and the industry very well. During his first season of playing MLB he won his first ticket to a Live MLB Final. And while he didn’t place at that event, you can bet you’ll see him at the top of leaderboards in future contests and the next live final. 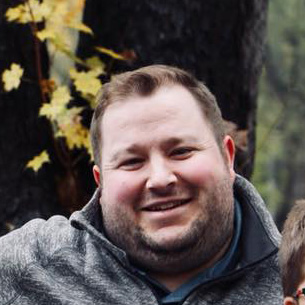 Patrick Scott has been playing fantasy sports for nearly 20 years. 5 years ago he got into DFS for its weekly excitement and clean slate. Few years back leaned more towards golf with a number heavy approach. Created the #InsightSheet on Twitter (@DFSPatrickScott) to help others create their player pool for free. For the last year he has been working with Win Daily Sports to help broaden there reach into the DFS community. 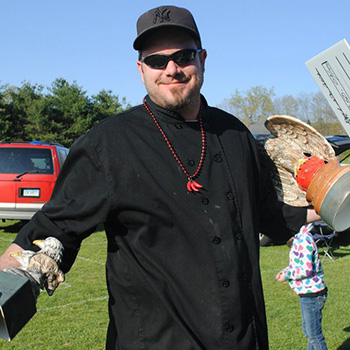 Isaiah Frechette has been playing fantasy sports for over 15 years, and been involved with DFS for the last 10. His love for crunching numbers and enthusiasm for sports has led him to become more serious about his DFS expertise and writing, over the past 3 years. Isaiah has won multiple DFS tournaments, and become a master of bankroll management using cash games. He looks forward to sharing his confident projections and general understanding of DFS strategy through his sports writing, in hopes of making us all better players. 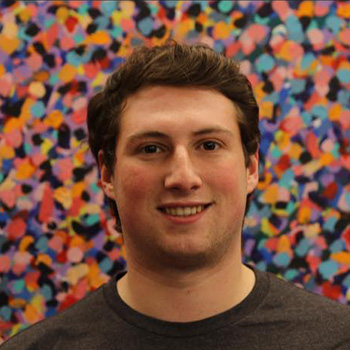 Allan Fabrykant is a seasoned NHL DFS veteran who is an avid Leafs fan and loves helping the average player improve their DFS game. Among other strong wins Allan has taken down major GPP wins with a single entry in a 150 max in late 2019. 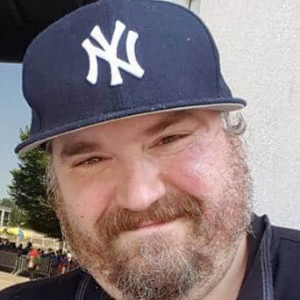 Antonio D’ Arcangelis specializes in baseball, football, golf and hoops. He has written for FFToday.com, RotoExperts and Baseball America, to name a few. 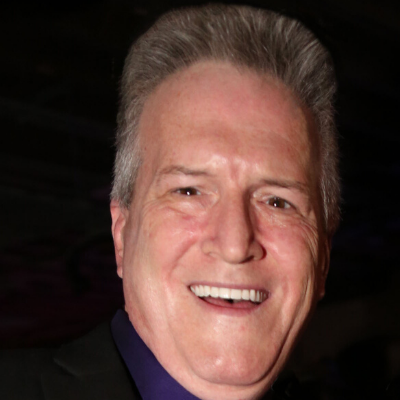 Steven Polardi plays DraftKings GPP golf and NFL under the name sicilykid. Using metrics and data on predictive models to gain an edge on my competition he has taken down several GPP tourneys and placed well enough to make money. Steven served honorably in the Marine Corps, played sports most of his young adult life, played poker professionally, and is now retired to focus on making money in golf. 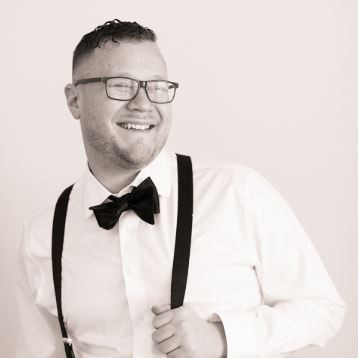 As a fantasy sports enthusiast and DFS veteran, Joel has found a niche in capitalizing on unique showdown slates to cash in on 6 figure prizes! You may have seen him as DraftMasterFlex (on DraftKings) at the top of NFL and College Football leaderboards. While new to PGA this season, Joel has cashed for over $100,000 in prizes in his first three weeks playing and took the worst bad beat of the year moving from 1st ($200k) to 2nd ($50k) after the July 2020 Memorial Tournament ended and a meaningless penalty was assessed to Jon Rahm (meaningless to Jon at least). 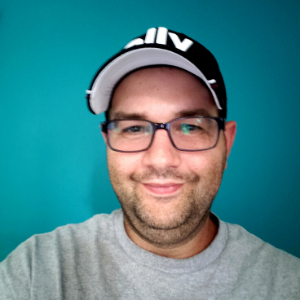 Matt is a married father of two and a mail carrier. He has been playing fantasy sports since the mid 90's when Yahoo! first added fantasy baseball, and began playing daily fantasy sports in 2015. While he has dabbled in practically every DFS sport offered, Matt specializes in NASCAR and NHL. 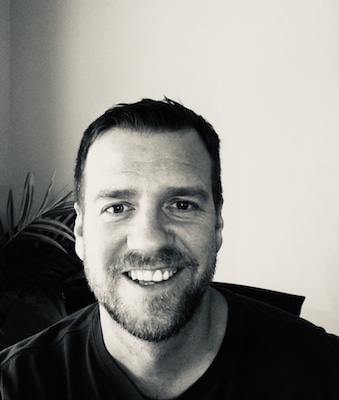 Mark Drumheller is a podcasting veteran who has been betting on himself while creating trendsetting content for 10+ years in the sports industry. A Rowan University alum and passionate Philadelphia sports fan, his drive to end up on the winning side has allowed him to find his niche in the ever popular sports betting space. Creator of the NFL Futures Faceoff series for Phillyinfluencer.com, Mark now provides written content as a betting analyst for Yahoo Sportsbook. On a digital side, he is the Host of the Sharp's College Football live stream "Betting for Breakfast" and a frequent radio analyst on iHeart Radio's Fox Sports Philadelphia "The Gambler". Mark continues to elevate his game through data and analytics to ensure his audience captures the winning edge. 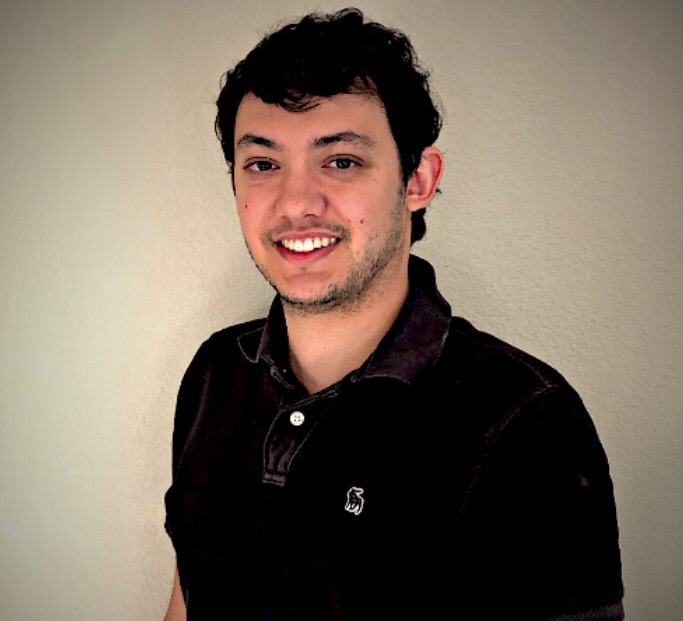 Spencer Aguiar is a professional sports bettor and host of the 'Bettor Golf Podcast' and 'PGA Draftcast' here at Win Daily Sports. Aguiar specializes in finding incongruities in the market using his 'Rankings Wizard' model - one of the industry's most in-depth and advanced tools for those looking to gain an edge. His outside-the-box mentality was a leading proponent for why he captured the 2021 FSWA award for 'Golf Writer of the Year,' and you can access all the high-level content Spencer releases daily if you follow him on Twitter. 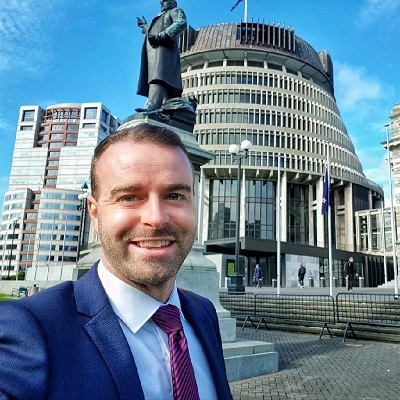 David takes the business international, joining the team from New Zealand and having grown up in Dubai. It was when living in the Middle East where he first developed his love of golf whilst working at local DP World Tour events, getting inside the ropes with the world’s best, and being fortunate enough to be coached as a junior by elite instructor Justin Parsons. Despite having experience working in multiple other areas of the sports industry, golf remains his main passion. David relies heavily on data, agronomy, topography, and meteorology in providing his @DeepDiveGolf analysis and betting tips for both the PGA and DP World Tour events.