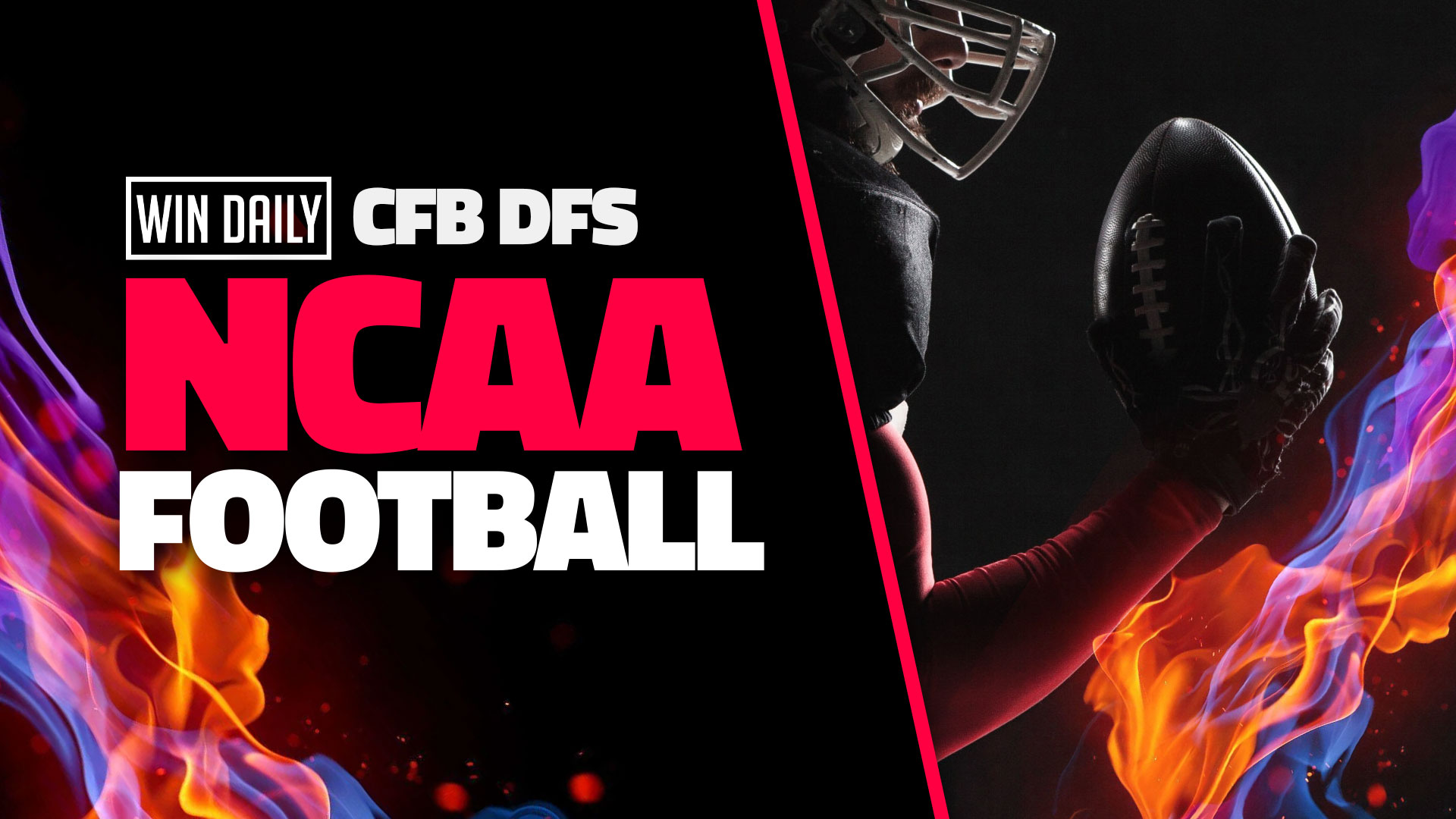 Welcome to Week 13 of the College Football season! We have hit the final stretch of the CFB year. With teams fighting for conference title games, we get the pleasure of watching great teams fighting it out. This week we get a couple of great matchups. The slate’s highlight is in Ohio, where Ohio State hosts their bitter rivals, Michigan, in a game with CFB implications.

Austin Reed (WKU) $7,700DK (DK Only Game) – DraftKings is in the Black Friday Special spirit because we are getting one of the better QBs at a good discount. Reed has scored over 30 points on DK in more than half of his games played. Reed this week takes on an FAU squad that gives up two touchdowns through the air a game, which is something I think he’ll take advantage of since he is averaging three a game. With some bigger named QBs on the slate and his performance against Auburn last week, I think he’ll fly a bit under the radar this week.

Spencer Sanders (Oklahoma State) $7,900DK/$10,800FD– Hard to not play Sanders this Saturday against West Virginia’s 127th-ranked pass defense. Since coming back from injury Sanders has only 30.4 points combined in the two games. West Virginia comes into the game allowing almost 300 yards through the air against Big 12 opponents, this matchup is the perfect opportunity for Sanders to grab his 4th 350-yard passing game of the year.

Todd Centeio (JMU) $5,800DK/(DK Only Game) – Centeio has been one of the most consistent QBs in the nation, only scoring under 20 points on DraftKings once all year. What better way to continue his form than against a Coastal Carolina team that ranks 5th worse in yards allowed per completion, and 10th worse in passing yards allowed per game.

Mohamed Ibrahim (Minnesota) $7,400/(DK Only Game) – His price this week surprises me even though he is taking on a strong defensive squad. Ibrahim has run for at least 102 yards every game, and over the past three, his worse performance was 128 rushing yards. Ibrahim has also scored 30+ on DraftKings in three of the past four. He’ll be chalk this week thanks to his price, but he has the potential to break the slate.

Jahmyr Gibbs (Alabama) $8,400/$8,800 – One of my favorite plays on the slate, Gibbs should be in a good spot to go off against Auburn. Prior to his injury against Ole Miss two weeks ago, Gibbs had over 22 points on DraftKings in four of the previous five as well over 20 on Fanduel in three of the previous five. Auburn has struggled to contain opposing RBs when on the road, and has allowed over two rushing scores per game.

Jaylon Glover (Utah) $4,300/(DK Only Game) – Glover is my risky play of the slate, but his potential this week is great. With Tavion Taylor announcing he’s done for the year on Friday, the Utah backfield now belongs to Glover and Micah Bernard. Of the two Glover has impressed more so far this season, and this week he’ll have the worse rush defense in front of him. Colorado ranks dead last in yards allowed and also allows over three rushing touchdowns per game. Utah should go up big early so they’ll have little need to use the passing game.

Charlie Jones (Purdue) $7,800/(DK Only Game). – Jones has a great chance to become a Purdue legend if he’s able to help lead the team to a Big Ten championship game. He’s been a great WR both in real life and fantasy and should continue to have success on both fronts against Indiana on Saturday. Jones comes in averaging 19.2 on DraftKings over the past three weeks. He’s also averaged a touchdown a game, and I think he’ll get more than one on Saturday against a team that gives up just under three a game.

Jordan Addison (USC) $9,500/(FD Only Game) – Addison transferred from Pittsburgh to USC to try and get into the CFB playoffs and this weekend he has a chance to put the Trojans one set closer. I expect this to be one of his best games of the year. Against crosstown rivals, UCLA, Addison caught 11 for 178 yards and a score totaling 29.3 on FanDuel this weekend they have another rivalry game against Notre Dame. While Notre Dame is a much tougher defense, the talent of Addison along with his QB should get them past Notre Dame and lead Addison to another successful fantasy day.

Xavier Hutchinson (Iowa State) $8,000/$9,000 – In what should be Hutchinson’s last at Iowa State, I can see him leaving with a bang. Hutchinson comes into the game as the highest-targeted WR with 14.2 per game and has an average of 105.5 yards. The only issue all year has been him missing the endzone with only 6 in 11 weeks, but a matchup against a TCU side that allows almost two a game might fix that.