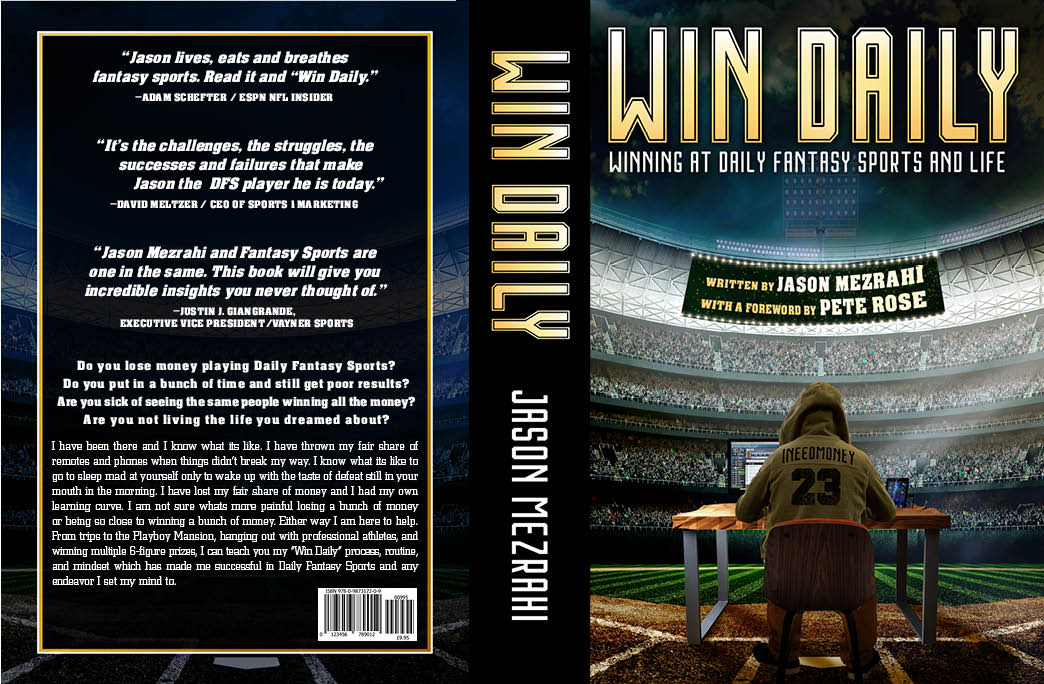 CHAPTER ONE: THE NIGHT MY LIFE CHANGED

“You’re only one decision away from a totally different life.” –Mark Batterson

Why did it ring? Let me start from the beginning.

I have been a gambler, an investor, and a fierce competitor all my life. I’ve invested in stocks and day-traded options. I’ve gambled in Atlantic City, Las Vegas, and in casinos around the world. I’ve played poker live and online. Most significantly, I’ve played sports, particularly baseball, since childhood. Even when I was young, my passions—you might call them obsessions—for competition, success, and money were a driving force in my life.

I always wanted to be the best in the game. I hated losing, so I laid it all on the line every time. I’ve broken my foot twice. I’ve received cortisone shots in my elbow. I’ve suffered multiple compression fractures in my back. I had rotator cuff surgery after diving up the middle for a ground ball. I recently tore a ligament and broke my thumb sliding headfirst stretching out a triple, and these are just the major injuries I’ve sustained while pushing the envelope playing sports. I spent most of my childhood and teenage years with scabs, bruises, and ice packs all over my body. I have one speed when it comes to competition and success. Others may call me crazy—and believe me, when you walk into work at age thirty-five after surgery wearing a thumb brace and have to admit that you injured yourself playing softball, people laugh. Still, that drive and work ethic, never giving less than 100 percent, is what has made me successful in all the areas of my life for which I have love and passion.

That drive for success has found the most perfect match. In 2012, I stumbled into the world of Daily Fantasy Sports (DFS). On second thought, stumbled is misleading. DFS was everywhere. I couldn’t avoid seeing or hearing commercials on radio and TV, and I was instantly fascinated. If you didn’t see or hear a commercial for FanDuel or DraftKings during the early 2010s, I think you may have been living in a box.

DFS combined all the positive attributes I was looking for. It was a business I could run on my own. It offered big prizes, and it was in a world for which I had an unmatched passion. I had played season-long fantasy sports before, mostly with friends, but this was entirely different. The prizes were much bigger, and the turnaround was immediate. I wouldn’t have to spend months waiting for a small return on my investment.

When I first entered the world of DFS, it was more difficult to navigate the landscape than it is today. There were very few research tools available and no experts to tell me who to play and who not to play. There were no resources to suggest lineups or combinations of players. I was on my own, without even a community of peers to learn from. Although I had been playing baseball since childhood and playing season-long fantasy baseball for years, I suffered many defeats and sleepless nights before I developed the skills and knowledge base that have allowed me to win larger prizes more consistently.

Little by little, I began developing a research methodology and a strategy. As I did better and learned more about DFS, my interest grew. When you start winning, you want to keep that feeling alive. I only played daily fantasy baseball for a month or two my first MLB season. I felt like I was starting to get the hang of it, but then the season ended, and I had to transfer my attention to NFL research. I wasn’t ready to take a break, so I dove into learning a new sport. Because each DFS game is scored differently, each requires totally different strategies to be successful. There’s a learning curve. Seven years later, I’m still mastering and refining my game. The game itself is also evolving daily, so if you don’t take the adapt-or-die approach, you will suffer the consequences.

I did well playing DFS football, and after a few months into the NFL season, the NBA season started, which meant I had to begin studying and learning once again. I have never been one to sit back and observe from the sidelines. I have to be in the game. I signed up for several fantasy sites, playing NBA DFS every day during the week and then playing NFL DFS every weekend. Since 2012, I have probably taken no more than twenty days off from playing DFS. To win, commitment matters.

The researching, strategizing, and daily improvements got me hooked on DFS. In the summer of 2013, I found out that the King of the Diamond, one of the biggest fantasy tournaments, was coming up on FanDuel. At that time, FanDuel was the number one daily fantasy website. There were five or six operating, but FanDuel was the biggest, and this tournament’s first prize, $155,555, was the largest ever awarded at that time.

There were two ways to enter the tournament: you could simply buy a ticket, which cost hundreds of dollars that I didn’t want to risk so early in my DFS career, or you could win a satellite tournament. These were smaller contests with smaller entry fees, and the winners of the satellite tournaments gained entry to the larger contest. I knew that my route to the King of the Diamond tournament ran through these smaller tournaments. Over the course of a month, I entered one satellite contest after another, and by the time I was done, I couldn’t believe the success I had. I had earned eight tickets to the King of the Diamond. It was time to begin preparing for play.

To continue reading pick up the book today at ……..