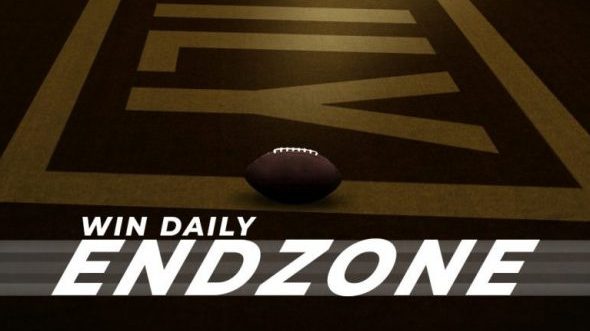 Week One of the NFL is upon us and before you turn around Sunday will be here. That means it’s time to make some important decisions regarding who to start and who to sit this week in seasonal Fantasy Football.

We have a case of a run-heavy team coming in as a big favorite versus a weak Miami Dolphins defense. Ingram is in for a big year and it starts Week One. The Ravens brought him in to be the man and he should get the ball early and often.

Austin Ekeler is the immediate replacement for Melvin Gordon, but only he fills part of his pass catching void with snap count. When you also account for the loss of Tyrell Williams, you have to assume Mike Williams will be a big beneficiary. This could be a breakout game for the young receiver who seems too low on most weekly rankings for someone so talented.

I think the Tampa Bay/San Francisco game sets up to be a shootout. While considered a fringe Top 20 quarterback as opposed to Bucs starter Jameis Winston, Jimmy Garoppolo should be in for a similar day. People forget his hot start last season prior to getting injured as they only care about what players have done lately.

This one is an easy sit as it is just not the week for Drake. The Ravens possess one of the leagues stingiest run defenses. When coupled with Drake’s role in a timeshare, I would sit him unless in the most dire of situations.

The Eagles traditionally have done their best to mix up backs and limit running back use in general. I could see people plugging him in the flex spot just based on matchup and potential gamescript. However, I think if there is a more reliable alternative it might be best to take a wait and see approach. It would not be surprising if his snaps were somewhat limited and Jordan Howard vultures all of the goal line carries.

More likely than not, if you have the Jaguars defense you had planned on starting them virtually every week. However, here we are Week One and already a dilemma. I will take a hard pass on them this week versus the explosive Kansas City offense. I just don’t see any reason to potentially start the season off on a bad foot when there is probably a much better option available on waivers.