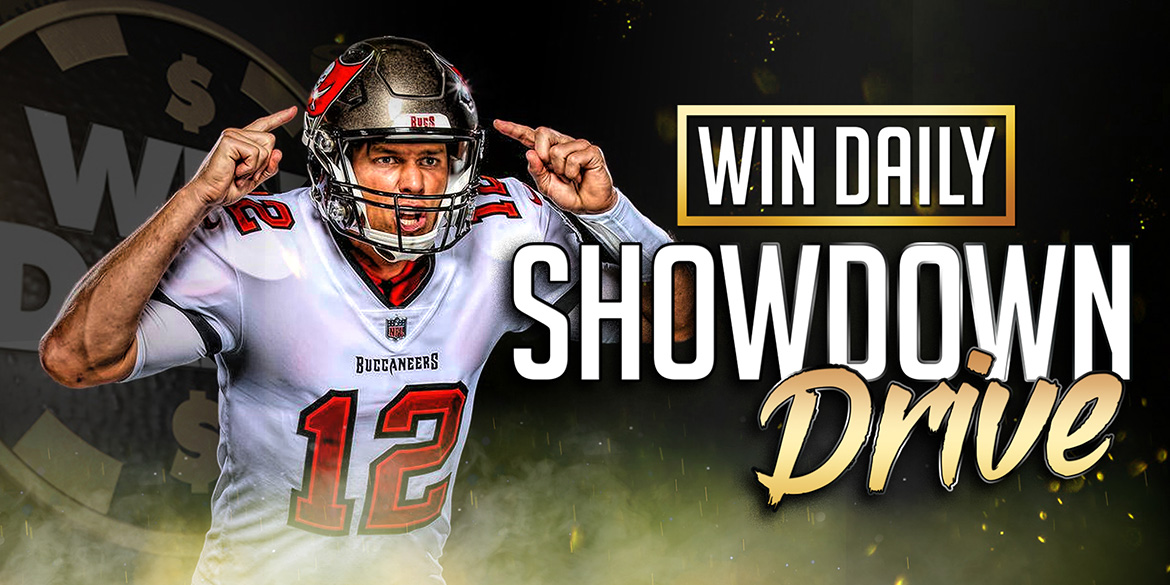 DraftKings calls them “Showdowns,” and FanDuel doesn’t really have a name for them other than “Single-Game Contests,” but whatever we call them they require an understanding of game narratives and game theory – which means we need to target low-ownership players that will give us the best opportunities within the narratives and game outcomes we’re expecting.

My picks will focus almost exclusively on finding GPP-winning combinations that have a chance at taking down the contests you’re entering, be they single-entry or MME. While we can’t cover all the possible combos or provide full lineups for you to deploy, the goal here is to give you the tools to win and highlight some names that will help make for profitable results.

If I enter five lineups in a large-field GPP, at least three of those lineups will focus on the most likely game outcome (based on Vegas odds, props and totals), with one or two contrarian builds. As we know, late-breaking news can have a significant effect on full slates, and that’s just amplified with single-game contests. If you have any questions leading up to lock, please consult our NFL DFS experts in Discord.

Some notes on the differences between MVP on FanDuel and DraftKings: The 1.5x point boost on FD comes with no salary penalty, while and DK also bumps the salary to 1.5x – a crucial factor in deciding who we can and cannot afford on both sites. We can use this to our advantage on FD by occasionally targeting non-QBs to establish more variance and more unique lineups, and on DK it allows us to build more hearty overall stacks when we punt the MVP position with a cheap but high-upside player.

The Cowboys are favored in this game – largely because most of the skill position weapons that helped Dak Prescott put up gaudy numbers for the first few weeks will be available to Andy Dalton as well. But just as the Cowboys have struggled with injuries to their offensive line and the season-ending injury to Prescott, the Cards defense will also be without one of their best players in Chandler Jones (torn biceps).

The Cowboys have had a difficult time stopping anyone, so the task of containing Kyler Murray will be nearly impossible – making the second-year star the likely chalk as showdown captain. He and DeAndre Hopkins should have a field day against the porous Dallas secondary, though I expect production from all the Cards WRs in this one.

One of the keys for Dallas will be establishing the running game, which should mean 20+ carries for Ezekiel Elliott. The elite Cowboys RB is still a dangerous weapon as both a rusher and receiver, and the Cards have struggled against opposing RBs, who are averaging 106.8 rushing yards and 50.8 receiving yards per game in 2020. Standout defensive backs Budda Baker and Patrick Peterson may limit the effectiveness of the Dallas WR corps a bit, but the Cards’ front seven will have a tough time with Zeke.

This should be a relatively high-scoring game, and if I had to pick a Cowboys WR to spend up on, it would be CeeDee Lamb. The rookie WR already has 29-433-2 on 40 targets through five games, and he seems to get better every week.

Remember to build your team based on a narrative that makes sense, and utilize the WinDaily fantasy toolbox for cheatsheets and projections that can help you tremendously with lineup building.

DO: Build a trio (or quartet) of offensive weapons for a team that makes sense together

DON’T: Focus too much on the defenses. There’s certainly pick-six leverage in this matchup, but both units are banged up and there’s just no reason to believe either defense can be dominant.

DON’T: Forget about Larry Fitzgerald. He saw seven targets last week and has yet to score a TD in 2020. This could be the week.

Now that we’ve established some narratives and MVP candidates, the best way to round out this piece is with a list of my favorite options in descending order, based on overall value (a combo of salary and projected points):