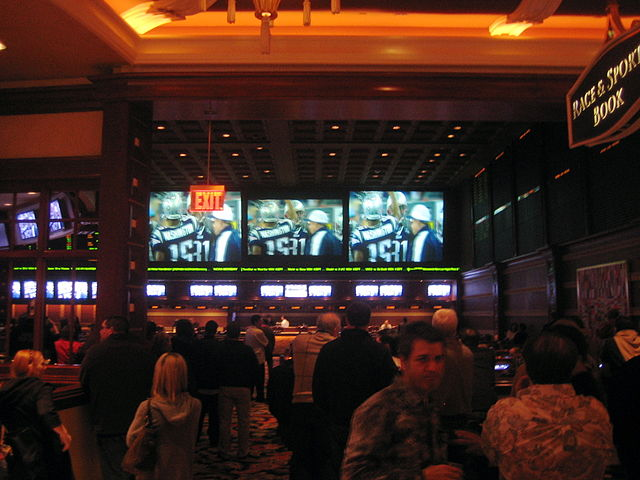 It’s imperative to use Las Vegas lines and totals to improve your DFS play. The simple fact is, Vegas is the best predictor of an outcome. That’s strange to say about a city where plenty of bad decisions are made but there’s a reason those casinos are so tall. These bookmakers take advantage of stupid people and almost always set sharp lines. That’s why we need to use these tools, as it will make our DFS research much easier.

What Las Vegas Lines Should I Use?

There are so many sportsbooks out there these days,where you can find pretty much anything to bet on. Hell, you can bet on the length of the National Anthem at some big games. While these are generally tough things to bet on, it makes our jobs as DFS players so much easier. So, let’s go over the different types of odds available.

This is the simplest way of betting, as it pairs one opponent against another. It’s much easier to understand for football and basketball because there’s a point-spread, but baseball is a little more complicated. Instead of spreads, we have money lines. This is simply how likely a team is to win based on their odds.

For example, if the Dodgers are a –180 favorite against the Rockies, that means Colorado should be a +180 underdog. That means you’ll make $18 for every $10 bet on the Rockies and about $6 for every $10 bet on the Dodgers. It’s not quite that simple because of the vig but that’s a simple way to break it down. The vig is simply the rake that the sportsbook takes because they need to make money, so it will never be a completely even +180 and –180 like that. More often, it will be something like –190 and +170, guaranteeing the book a long-term profit.

There are run-line spreads in baseball but it’s almost always 1.5 runs. This means that your team needs to win by more than one run and you’re more than likely going to get plus odds in this circumstance. This may all sound complicated to a novice DFS player but the most important thing is to understand what these odds mean. The higher the favorite, the better odds you have at a win for your pitcher!

Totals are the most important factor to consider for DFS purposes because this is the best predictor of how many runs will be scored in a game. It’s almost always a total somewhere between 6 and 12, as this will tell you what type of game we’re looking at. Ballparks and pitchers are the biggest variables in totals and it’s a great indicator on what a game will look like.

For example, a game in Coors Field (Colorado Rockies) usually has a total in the 11-12 range while a game in Oracle Park (San Francisco Giants) will usually have a total in the 7-8 range. These ballparks play very differently and Vegas is telling you that by these totals. Some totals will be impacted by the wind, too. I actually saw a Chicago Cubs game one time with a total of 14 because there were 40 MPH winds spraying straight to center field. I actually bet the under in that game because it was an outlier total and I was fortunate to win that wager. The most important thing about totals is to know what they are. Fade batters in low total games and stack batters in high total ones while fading pitchers in high total games and using them in low ones. Its that simple sometimes.

This is totals broken down by individual teams, as it will simply use an algorithm to calculate a team total based on the run line and total of that game. For example, if you’re looking at a total of nine with a team as a –150 favorite, then the favorite will have an implied team total of 5 while the underdog will have an implied team total of 4. It’s not quite that simple but it will almost always calculate to something close to that. Sometimes you’ll see a team total sitting around 3.5 against an elite pitcher like Max Scherzer or a total of 6.5 against a crappy pitcher in Coors Field. These are things that every experienced DFS player understands but it’s something you have to monitor before submitting lineups.

We love Monkey Knife Fight and that’s a great source for setting DFS lineups. They have a ton of props available that will give you an idea of how they expect players to perform and they’re usually very accurate. They actually get their projections from RotoWire and I know for a fact that they do their due diligence over there to set competitive lines. There’s also prop picks available on numerous sportsbooks and those can also tell you how a player will perform. Whether it’s a strikeout over/under, total base pick or odds for a home run, these sorts of lines can give you a better idea of how to predict how a player will perform on that day and in that matchup.

Why Should I Trust Them?

It’s tough to trust anything that’s not your own but Las Vegas lines and props are the best indicators of what’s going to happen. It’s been like that since they opened up decades ago and anyone who’s had a bad beat can tell you just how close these lines typically are. There are so many projection systems and algorithms out there nowadays, that it’s imperative to use them to your advantage. Trusting anything in Vegas is dangerous but these lines are probably the most honest thing you’ll find in the Sin City.