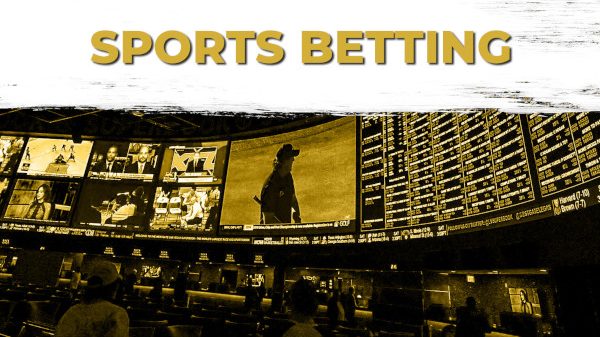 The United States Open Tennis Championships begin Monday morning at 11:00 am ET. I am thrilled to be able to discuss this tournament with you!! This is my all-time favorite of the four major Events and usually one of the most exciting tennis tournaments in the world.

Tennis is a great sport to wager on. The early rounds are where the savvy tennis investor looks to capitalize and hopefully you will have a profitable and positive experience.

I’m of the “less is more” variety and here are three plays I think you can take to the counter with confidence on Monday, August 26, 2019.

Normally we would be all over this one and 100 percent behind Fognini but what hasn’t been talked about much is Fognini hurting his ankle in Montreal and he hasn’t played since. Prior to that, the world number 11 had won six of his last 10 matches with five of those wins coming on the North America hardcourt circuit.

Opelka, at 6’11, is the tallest player on the tour and has banged down 1,085 aces with one ATP title to his credit in 2019. The young American has won six of his last 10 matches including a second-round upset of former world number three Stan Wawrinka at Wimbledon this summer. Opelka clearly isn’t shy on the big occasions and will be especially pumped at his home major.

I don’t see Fognini trying to do too much in his first match back after his ankle turn in Montreal. The 32-year-old Italian made it to the second round in last year’s event and is 9-11 over his career at the U.S. Open. Opelka has a huge serve and we should expect plenty of aces from both these fellas but I see Opelka getting through to the second round on Monday.

This could be a dynamite match between two young fellas in their late twenties who know how to grind and more importantly, know how to win tennis matches on the Deco-Turf. They’ve also played each other twice over their career with each winning one match in their two hard court meetings.

Pella has had an exceptional season, winning one ATP Title in Sau Paulo on the dirt and an overall record of 32-19 and 5-3 this season at the Slams. Pella reached the third round of this event in 2018 and has a 4-6 lifetime record at the Open. Pella has four wins over his career against top ten players and has a 5-3 record during the summer hardcourt season.

Busta is a tough cookie who knows how to win on all surfaces with a 5-3 record during the summer hardcourt grind. The Spaniard is 13-14 this season and would like nothing better than to have a nice run here in New York with the hopes of finishing his season in the top 20. The 28-year-old is an old school grinder with a big serve and 1.179 aces to his credit this season. Busta was a runner-up in doubles in 2018 and has a career U.S. Open record of 11-5.  Busta will grind Pella into the Deco-Turf on what should be a four-set win on Monday.

Normally the juice on this would drive me away but it isn’t very often we get this kind of a price for a first-round Grand Slam matchup involving Serena Williams. We fans get to turn back the clock and watch two future Hall of Famers and bitter rivals with bad blood from the past square off in what should be a night match at Ashe on Monday night.

When I say bitter, I’m referring to Sharapova and her 3-19 lifetime record against Williams and one of those wins was a walkover at Roland Garros in 2018. Sharapova hasn’t been the same player since returning from what turned out to be a 15-month absence for testing positive for performance-enhancing drugs. Sharapova won this event back in 2006 and has a 38-19 record at Flushing Meadows and this season is 8-6.

Williams is a six-time champion and was runner-up to Japans Naomi Osaka in a controversial and hotly contested match. Serena has amassed a 95-12 record at the Open and is arguably one of the greatest to ever play the great sport of tennis. She’s 14 months removed from having her first child and still managed a record of 19-5 this season and 820-141 over her illustrious career.

Williams Should Easily Win This Match

Depending on her level of fitness, Williams should destroy Sharapova under the lights at Ashe and this match shouldn’t be close. If it does go three sets, there is no way in the world Williams should lose this match;  she is the superior player playing in her home event and that matters in a match like this.