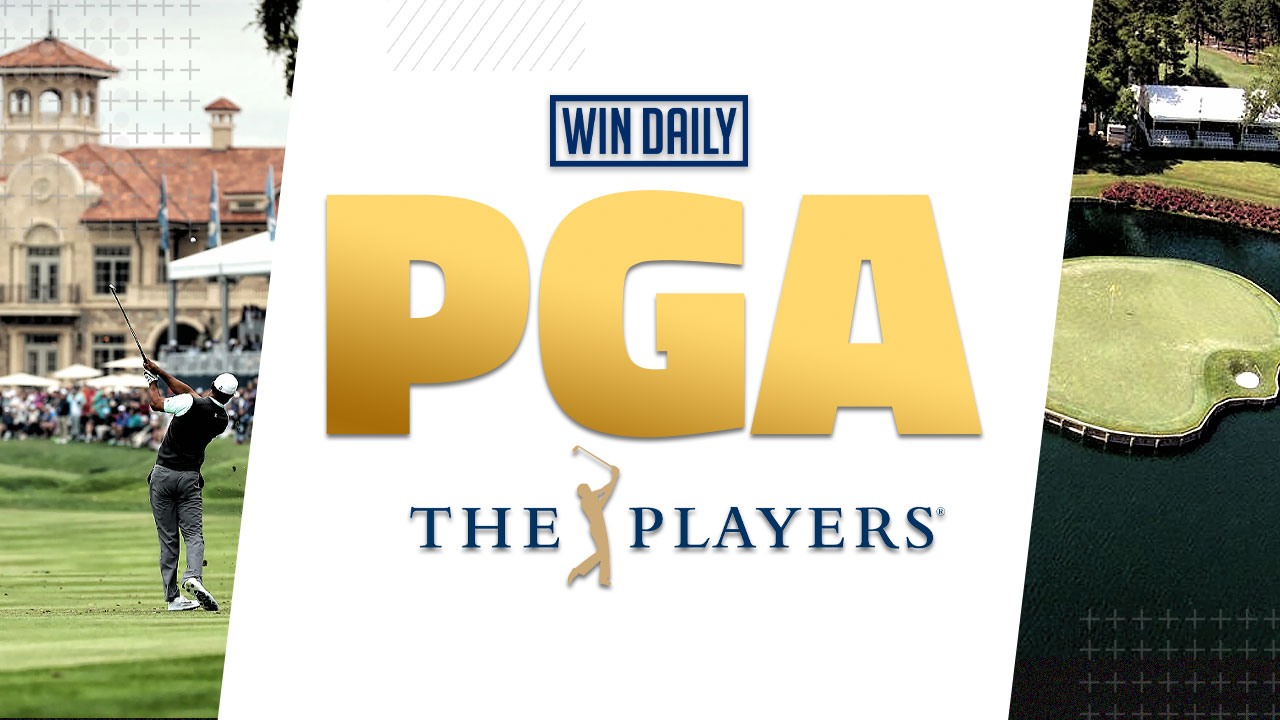 Greetings, this is the week of The Players Championship Ownership Projections, where we separate the men from the boys. A few youngsters have snuck in with a win or two in its storied history which includes that famous island green, surrounded by water on the 17th hole. Rory once said, “when you walk off 16 you can’t help but look over at the 17th, and instantly a knot grows in your stomach.” The entire course is treacherous in places, and it will take calm nerves and a steel focus to best this beast of a course. While ownership projections are all well and good, don’t forget to hop into Discord later to get Sia’s Secret Weapon! He is 30-4 which is bizarre. I can’t wait for the Win Daily Sports Vegas Trip to give him all my money and see what he comes back with!

This is also the first milly maker, so it’s time to dust off that formula for success. If you play in an MME, or large GPP, do not expect more than your entry back plus ten bucks if you play the top four most popular golfers, which because of soft pricing you can do, please don’t if you want to score big bucks. You need four golfers who average about 15% ownership each, so a total of 60%, and you need two golfers whose combined ownership is no more than 10%, so for example, two 5% owned golfers, or a 7% owned and a 3% owned. This variance can help you get ahead of the field, and if you pick the right low-owned golfers, lead to a very nice payday. With such a talent-loaded field, ownership will play a key part in determining how well you do, let’s get right to the ownership projections!

Last week my top low-tiered pick was Corey Conners, my out in left play was Doug Ghim, my frisky risky play was Martin Laird, I rode those three to a profit of 1900 after expenses. Here are my plays for this week:

Thanks to all you members who took the time to review my The Players Championship Ownership Projections, we appreciate it!  It’s really cool to see all of you with your green screens after Sunday, let’s keep that rolling! Please don’t forget the articles loaded with great intel from Sia, Patrick, and Antonio, as well as the Tuesday night podcast with Michael Rasile, (absent this week, we heard he was testing a new gas-powered Manscaping product, get well soon Michael!) Sia, and Joel, aka Draft Master Flex, aka Moneybags Joel, aka The Corporation. Also the brand new and must-hear Bettor Golf podcast with Stix and Spencer and today’s guest who has more golf data than any of us because he’s ahead honcho at ESPN. If you want to make some serious money please give them a look, and let’s take down some money this weekend!

As always, I hope to be with you on Sunday afternoon, in the money.