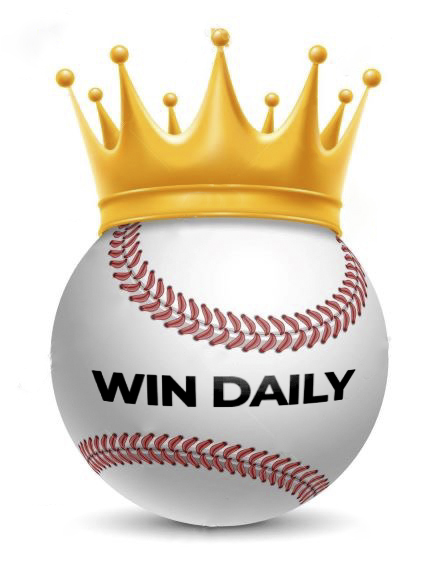 Yonny Chirinos definitely deserves consideration on the early slate at $10,800 on DraftKings. He has struck out six or more batters in each of his last three starts and is 4-1 with a 2.75 ERA at home. Oakland is one of the best hitting road teams, but they are just middle of the pack overall and I would use Chirinos as a GPP play.

Zach Plesac should be locked into the day slate against Cincinnati. He displayed length in his last start, going 111 pitches, and he has a 1.86 ERA and 0.88 WHIP in three starts so far. The Reds are Top 5 in the National League in team strikeouts vs. RHPs. Lock in Plesac at 7400 on DraftKings.

Mike Soroka is my top play of the night at 10,900, as he is in play against any opponent right now, and especially against the Pirates, who are Top 5 in road strikeouts. He has allowed one run or less in nine of his past 10 starts. Soroka is 6-0 with a 1.01 ERA in night games, another notable number among the many superlative stats he has posted so far in an incredible early-season breakout. He should get some quality run support too, as Atlanta has pasted Pittsburgh pitching for 10 home runs in the first two games of the series.

Zach Eflin returned from the IL Friday and allowed one run in six innings, striking out six Reds. He is 4-1 with a 2.75 ERA at home. Arizona is third in the league in road strikeouts, so consider Eflin a GPP at 8700. He has not become a high regarded name yet overall and may not be widely owned on the night slate in a pitcher’s park. It’s a daring move, one that could pay off. I’ll want him as my second pitcher on DK tonight.

Brandon Woodruff’s price is very friendly at 7400, but opposing Justin Verlander may make it hard to get the win. Houston is just outside the Top 10 in team batting in June and won’t be fully easy to navigate even at less than full strength. Verlander (11,300) is a fine pick against any opponent right now but I’d opt for Soroka at the lesser price against the weaker opponent.

Seattle is fourth in the A.L. in road strikeouts, and Jose Berrios is 5-1 with a 2.72 home ERA. At $10,300 he is the guy to pivot off Soroka and Verlander, who should be the most widely owned choices. After those two, he is my third favorite standout pitcher of the night slate.

The Giants are fourth in the National League in home strikeouts, so Joey Lucchesi (9600) is a top option outside of the Big Three of Soroka, Verlander and Berrios tonight. The Giants did actually rock Lucchesi for seven runs in four innings at home in April, so look for him to make the adjustments this time out.

This seems like it’s almost too easy, as Soroka has at least five strikeouts in each of his last four starts. But if there is one guy who may be able to get to Soroka tonight, it could be Starling Marte, who is hitting .301 against righties, so I would take the over on him at 1.5 total bases even while liking Soroka a lot. Play Soroka and Marte now and get 100 percent Bonus!