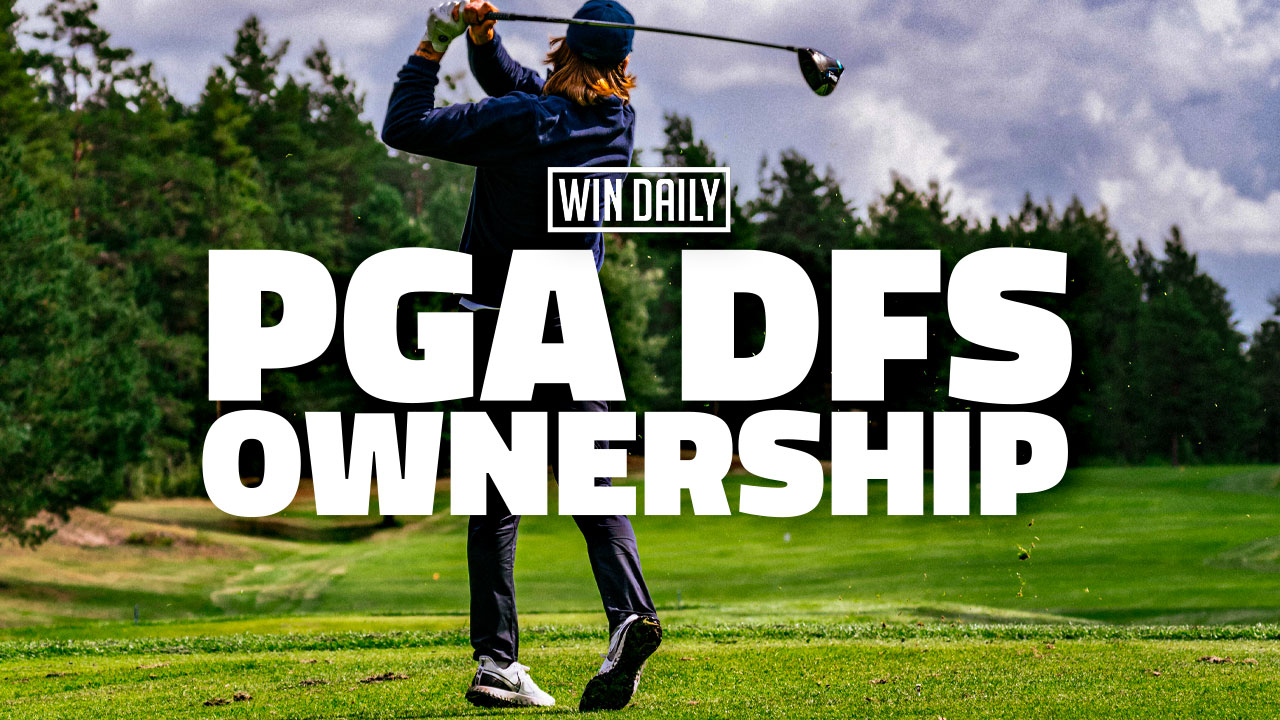 Yannik Paul and Justin Lower. WHO? Exactly. These two golfers were promoted in The Win Daily Sports Discord last week as great values. They both finished mid thirties at -7. They were both priced in the mid 6K range and both held about 1% ownership. No other service promoted them and 99% of the players didn’t take them last week. Win Daily Sports was all over them. The FedEx Ownership Projections provide the intel and the tools to allow you to pivot highly owned players and create leverage. We also give you golfers that no one will roster that provide excellent results. Win Daily staff ace Deep Dive Dave provided the intel on Paul, as well as J Kim as an outright. He was also high on John Huh.

Last week every one of our selections made the cut and provided extreme point value with the exception of one player who withdrew. We had Henley, Taylor Moore, Lower and Putnam in our pool. Our Frisky Biscuit, Justin Lower, made the cut to run our record to 14-1 last 15. The Frisky Biscuit must have a 6K salary and be owned by less than 5% of the field. Picking 10K players is so much easier than picking 6K players that nobody wants.

At present there is no discernable edge to either wave. There may be minor T storms (30%) in the afternoon on Thursday. Friday winds will be from the NE at 10-15 mph. The weekend looks good for weather conditions. Check with Win Daily Sports Discord well into tonight for weather updates and any changes.

Most of the upper tier hasn’t played competitive golf in almost a month, not since the British Open. Normally cream rises to the top. Rusty cream rises much slower. The pricing is decent enough to have new wonderkid J. Kim priced at 8K. He is undervalued and you just have to stomach the ownership or you could pivot. There are plenty of values and low owned gems on the board to get different and even a top tier play leaves you enough to finish out a strong competitive team.

Let’s take a look at The FedEx Ownership Projections to assist you with roster construction and team building.

These projections for The FedEx are accurate as of 6:09 EST. Top Tier golfers may show a higher % by lock.

My picks for The FedEx Championship

Out in Left Play: T. Moore

Stix and Spencer of The Bettor Golf Podcast (powered by Win Daily Sports) are available on Anchor at Spotify and other channels. Together they have been winning tens of thousands of dollars recently in just a few short weeks. They have the most comprehensive podcast in the industry to provide you with not just the picks, they also provide the tools for you to learn how to make money. Their picks are red hot as well. We also learned that a receiver is highly regarded that will have Mahomes throwing to him and his only competition seems to be Sky. There’s also another highly regarded receiver in Houston that will smoke the DK points machine if Mills doesn’t get killed behind that Texans line. All this and more great golf from two of the best in the business. Make sure you check out the Bettor Golf Podcast!

Don’t forget to tune in to The DraftCast, hosted by Joel and featuring Sia, Spencer, and Dave and the surprise guest who drops by to battle you, the audience, for supremacy on the draft board. It’s every Tuesday night at 8:00 EST and is fun, engaging and educational. Show up, tune in, and help your audience win the week with the best team on the board!

Spencer won last weeks DraftCast as he starts again on that three peat quest that Joel, Sia, Dave and the audience keep thwarting with timely wins after he hits two in a row. Sia had to rule in again on whether Scotti or Scotty meant Stallings or Scheffler so Scotti-gate was born. Again. It’s comforting to know that we have an in house attorney to settle all the small and large issues that come up. It’s one of the most fun, outlandish and informative shows on the net.

The Montana Wildlife Service warns golfers to be on alert for bears while playing on Gallatin, Helena, Lewis and Clark National courses. They highly recommend using pepper spray if you encounter an aggressive bear. Black bears are much less dangerous than grizzly bears. The way to distinguish from the two is by their droppings they leave on the golf course. The black bear droppings have nuts, berries, squirrel and gopher fur in them. The grizzly bear droppings have golf gloves, sunglasses, polo shirt and foot joy fragments and it always smells like pepper spray…..smile.