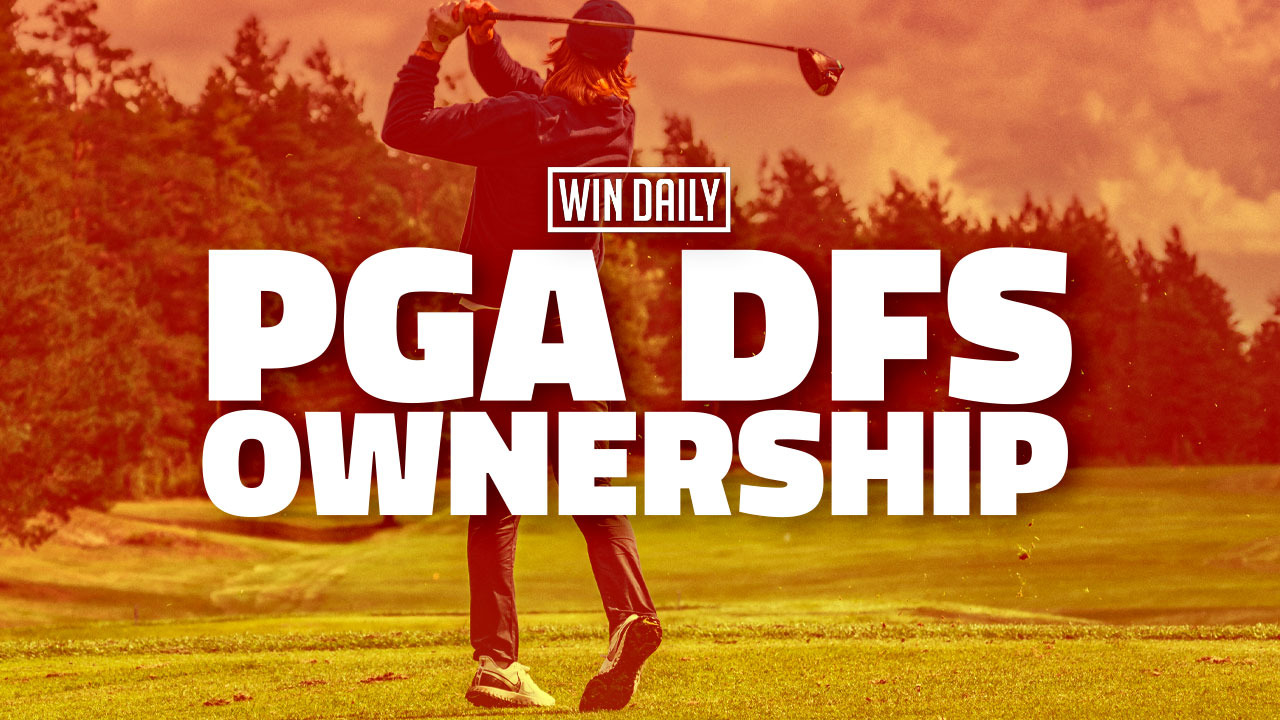 With a condensed field and no cut, The BMW Ownership Projections powered by Win Daily Sports will provide the intel and metrics for leverage in the upcoming contests along with game theory and selections.

We are down to the final 68 golfers. Fleetwood and Cam Smith won’t be in the field this week. Some say Smith complained of hip discomfort due to carrying around 100 million in LIV money in his pocket. This a first time venue course that’s just shy of 7600 yards with lots of sand traps with ample greens. It makes up for it with narrow fairways and gnarly rough.

Last week every one of our selections made the cut and provided point value with the exception of Russell Henley. Our Frisky Risky Biscuit was Andrew Putnam. He made the cut to run our record to 15-1 last 16. He was owned by less than 1% of the field and he finished in 5th place. Talk about leverage. That’s pretty good for a golfer that NO ONE else promoted and not one other service had except for Win Daily Sports.

At present there is a slight edge to the morning wave. This may be due to late light rains the night before. The weather is calling for clear skies and winds to stay at 5-8 mph and below. The weekend looks the same. Check with Win Daily Sports Discord well into tonight for weather updates and any changes.

Pricing is soft this week and the general build will be stars and scrubs. There will be condensed heavy ownership in the upper and mid upper tiers which may approach 20%-25% and up. Please note that in regular Milly Maker large field GPPs we toggle ownership to be between 70-80% total for six golfers. This week we go higher, a golfer that’s 15-18% in The BMW would normally be 9-10% in a regular tournament so don’t let that sway you from a golfer you like. Conversely, if you love a golfer that’s close to 30% ownership, you have to go 2X the field to gain leverage and value, which means that golfer needs to be in 60% of your lineups. Just remember you heard that here if Rham or Rory miss the mark.

Let’s take a look at The BMW Ownership Projections to assist you with roster construction and team building.

These projections for The BMW are accurate as of 6:09 EST. Top Tier golfers will/may show a higher % by lock.

**UPDATE** There will be many lineups in the Milly Maker GPP that start with Rham, Rory, and Scheffler, followed by List, Kitayama and a 7400 player, most likely Pendrith. Three top tiers, two bottom feeders and a mid tier play will be very popular. These builds will also be heavily used in more high dollar contests as well. If you want to WIN, try and be different!

Only 30 players make it to the Championship at East Lake. Odds at present to get there for borderline players as the top 27 are almost a lock)

Current Player Rank Odds to get to East Lake (top 30)

My picks for The BMW FedEx Championship

Out in Left Play: Hebert

Stix and Spencer of The Bettor Golf Podcast (powered by Win Daily Sports) are available on Anchor at Spotify and other channels. Together they have been winning thousands and thousands of dollars week in and week out. They have the most comprehensive podcast in the industry to provide you with not just the picks, they also provide the tools for you to learn how to make money. For the best edge in the betting market and for outstanding DFS position and placement content, do not miss The Bettor Golf podcast!

Don’t forget to tune in to The DraftCast, hosted by Joel and featuring Sia, Spencer, and Dave and the surprise guest who drops by to battle you, the audience, for supremacy on the draft board. It’s every Tuesday night at 8:00 EST and is fun, engaging and educational. Show up, tune in, and help your audience win the week with the best team on the board!

The audience won last weeks DraftCast, this happened after Sia announced that after just two picks he would be the winner. Bootleg copies of that statement are being sold on the dark web for major money, our own Drago has copies and cheerfully posted them in Discord for all to admire. Spencer will have to start over on his three peat as both the audience and Joel have kept him from reigning supreme. Deep Dive Dave is on an unheard of run with his picks. He has been scorching hot with plays in the PGA and DP markets and continues to excel in the betting markets in both formats. The WDS golf staff is on fire right now!

Last weeks St Jude was more than just a golf tourney. Monies collected help cancer research for children, and my good friend Sia and his wife took their valuable time and their considerable talents to help raise a ton of money for kids cancer. I lost my wife and mom to that despicable disease and applaud Sia, his lovely wife and Dave for their inspiring message and money raising for such a worthy cause. Thank you.

Arnold Palmer was playing in a huge tourney and he teed off at a par 3- 225 yard hole. He blasted a 3 iron and it sailed 20 feet OVER the pin and it spun back to within a foot of the hole. Someone in the crowd yelled, “Arnie, How can you make a 3 iron back up like that?’ Arnie asked if the man owned a 3 iron. He said yes. Arnie asked him how far he could hit it. He answered,” about 160 yards”. Palmer smiled and then asked, “So what in the hell do you want it to back up for?”