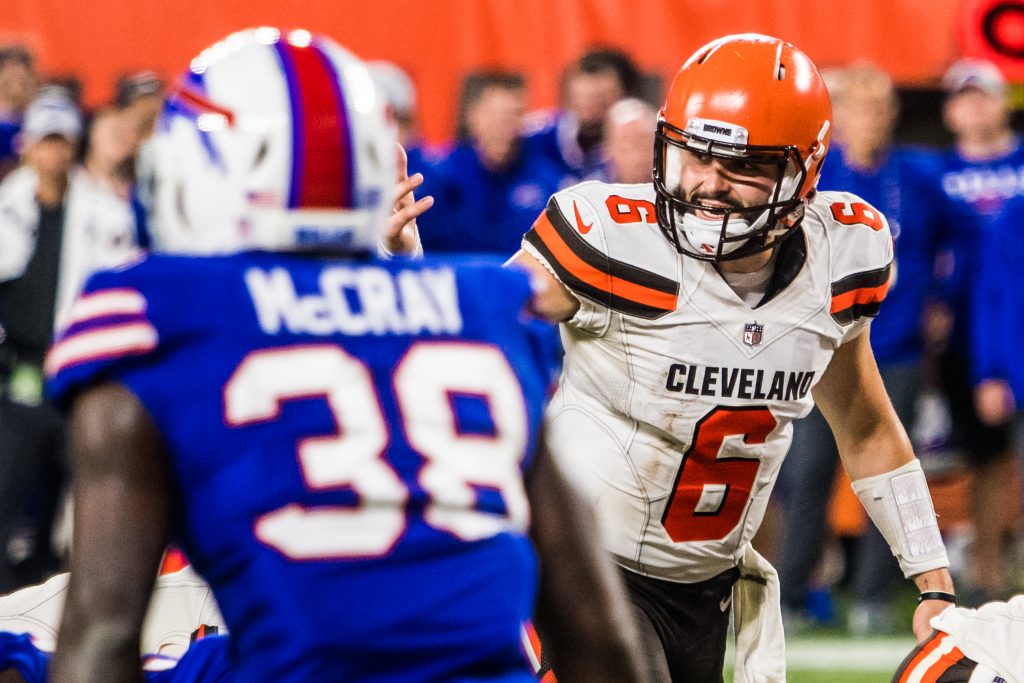 Baker Mayfield ($5,900) is in an absolute smash spot versus the Dolphins. In four of his last five games, Mayfield has scored at least 17 fantasy points in every game versus opponents not named the New England Patriots. The Miami Dolphins who just allowed four total touchdowns versus Josh Allen. Mayfield has averaged 17 points per game at home this season and with the Browns now without Myles Garrett, there’s a strong chance the defense is going to allow more points. According to PFF, the Dolphins rank dead last in terms of pass rush which means Mayfield is going to have time to throw the ball. This bodes well for both of Mayfield’s primary receivers in Odell Beckham Jr. ($7,000) and Jarvis Landry ($6,300). Great stack for the slate.

Ryan Fitzpatrick ($5,000) could be in line for a GPP play with surging wide receiver DeVante Parker ($5,200). Since Week 7 Parker has seen at least six targets in every single game and surpassed 50 yards receiving to go along with three touchdowns. He is WR15 overall during this timespan.

According to PFF, Mason Rudolph ranks dead last in PFF passing grade (51.3). He’s logged five big-time throws and 15 turnover-worthy plays so far this season, a dangerous ratio that Cincinnati can take advantage of in Week 12. That is why at the rock-bottom price of $2,100 the Bengals DST is in play. When the Steelers have played on the road this season with Rudolph they have allowed an average of 11.5 fantasy points to defenses. Over the past four weeks, the Steelers have allowed the fourth-most fantasy points to defenses.

One of my favorite plays from this game is Steelers’ tight end Vance McDonald ($3,500). The Bengals are the worst team versus tight ends over the last four weeks, and McDonald has seen at least seven targets in three straight weeks. Last year in two games versus the Bengals McDonald averaged seven targets per game with yards of 68 and 39. Three tight ends have seen seven or more targets versus the Bengals and they have all scored double-digit fantasy points. Tyler Boyd ($5,000) is also sneaky with the squeaky wheel gets the grease narrative after one catch last week.