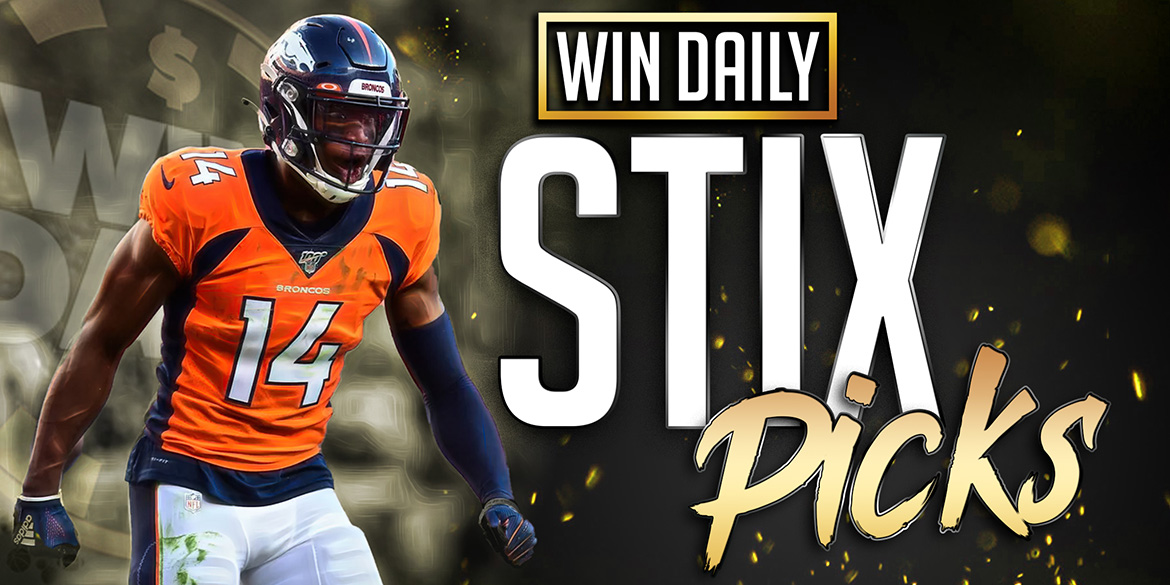 To quote the great Michael Rasile, “It’s a great day to be alive.” NFL DFS GPP season is here and it’s time to rock and roll. For those who haven’t read it yet, please check out the Week 1 Cash Game Checkdown for your bankroll sustaining, cash game build advice.

In addition, I would strongly advise giving my NFL DFS Strategy article I published this offseason before diving into the 2020 NFL DFS season. If you have any questions or would like some further help when building your lineups, please do not hesitate to reach out to me directly on Twitter.

For those looking to get different and make a splash in some GPPs, the time is now. We’ll usually be taking some heavy stances on lower-ownership players, but at times, there is certainly good “chalk” to eat. Let’s get into it.

Please note, everyone on our cheatsheet and the Cash Game Checkdown are also in play for GPPs. This is more to uncover some players people are not talking about… and they should be.

NFL DFS GPP FADES:
Jonathan Taylor
Jordan Reed (unless you have to use him for your core build)
Russell Gage
Ronald Jones
Corey Davis

General GPP Notes:
Ownership seems rather spread out this week. Everyone is going to stack DAL/ATL and for good reason. All of the players in the cash game article are in play for GPPs as well. Here are some ways that I’ll be getting different. Hard to not go 100% on Derrick Henry.

Good luck to all!