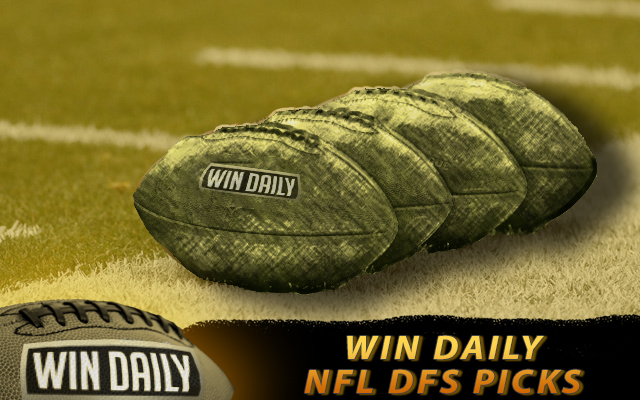 Another awesome week of NFL DFS Cash Games for the Win Daily Team in Week Seven – even the sample lineup from last week’s Checkdown crossed the pay-line in DraftKings single entry cash games! Let’s get right back to it for the Week Eight Checkdown for your NFL DFS Cash Games.

My articles will be mainly meant for DraftKings, but you can certainly use this information for other DFS websites. Please check back in on Saturday/Sunday morning for potential NFL DFS Cash Games updates.

If you have any questions and would like some further help when building your lineups, please do not hesitate to reach out to me directly on Twitter. I’m always available to help NFL DFS players make the most of their investments.

Some notes on what I believe to be the “optimal” roster build for NFL DFS Cash Games. I’ll include this in all the Checkdown articles moving forward. For Week Eight, please see below for my notes on roster construction: