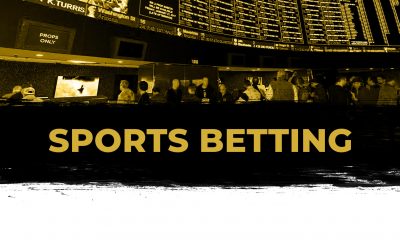 Jacob’s Above Average Plays is back with three more plays to finish the weekend off with a bang. Two NFL playoff picks and one easy NHL winner is going to make this a great Sunday!

I’m taking the Chiefs today versus the Texans in, what most people assume will be, a shootout type of game. Pat Mahomes and Deshaun Watson are two of the league’s youngest, most exciting quarterbacks, who tend to make magic happen. Houston should have Will Fuller for this game and Kansas City is healthy, so this should be a good game and I like Kansas City to really put it to the Texans, here’s why.

Houston, in my opinion, is the worst playoff team remaining. Houston had to rally from a 16-0 deficit to beat the offensively inept Bills and Houston doesn’t play well against above-average high scoring teams who beat up on opponents. Houston covered in just three of the fifteen games played against dominant teams who outscored opponents by eight or more points per game.

When the Texans beat Kansas City earlier this year, Pat Mahomes played on an injured foot and they were just banged up across the board. Still in that game, it came down to the end to get a winner. I understand that Will Fuller should be back for this game and that gives them some above-average downfield options for Watson but I don’t see that happening versus this stout Chiefs defense at home. In the Chiefs current six-game win streak, Kansas City allowed just 11.5 points per game. Houston doesn’t have that kind of defense and I see Kansas City taking advantage of it. Travis Kelce and Tyreek Hill should have a field day on this Houston secondary. I will give it to Houston I think they can slow down the run game (not stop it) so I see Mahomes throwing a little more than usual in this game and I like that versus Houston.

I can’t see Houston beating this Chiefs team twice in one year and, honestly, I think Kansas City really puts up some numbers on Houston. Lay the points with the Chiefs. Chiefs -9.5

There are a few important things to remember when playing a teaser. You need to get through some key numbers. Key numbers being 3,6,7 and in depending on the game 9,10,14 etc.. These are the numbers we usually see games end on. For these two games, we are getting Kansas City through 9,7,6,3 and Green Bay goes through 3 all the way to +3. The Green Bay vs Seattle game calls for snow, cold and wind, so I can see this ending as a 3 point game either way, so I will definitely take the slightly above-average Green Bay team with a field goal. As for Kansas City, I see them winning that game by more than a touchdown so I will for sure take them down to -2.5 so even winning by a field goal gets us the win.

This is my best teaser play of the weekend and I really think both of these teams win and cover the game spread so teasing them by a touchdown, is the way to go for me.

I’m going back to the well with Tampa Bay to win again in regulation. They face off against the bottom feeding Devils, who are one of the NHL’s worst teams at home. Both of them are coming off a day’s rest but one is better equipped to destroy teams and I think we know that’s Tampa Bay.

The Devils  won just six home games this year out of the 22 they played. They score an average of just 2.66 goals per game and that won’t work against the above-average scoring Tampa Bay does. Their defense is even worse. They allow over 3.5 goals per game (3.64) and with Tampa Bay scoring above that on average per game, the Devils are in trouble. They also play just awful versus Tampa Bay. In the last ten games they played against each other, they won just two. The last win against the Lightning was in April of 2018, so it has been a long time since New Jersey beat Tampa Bay.

Tampa Bay continues to roll. They are 27-13-4 overall and won 13 of their 21 away games, with only two going to overtime. Overall, Tampa Bay went to overtime four times this year out of the 44 games they played. Their above average defense keeps teams to under 3 goals per game (2.89) and with their high scoring offense, teams tend to struggle to keep up.

( For this play to win, Tampa Bay must win in the first 60 minutes of the game. If the game goes to overtime, we have a loser.)