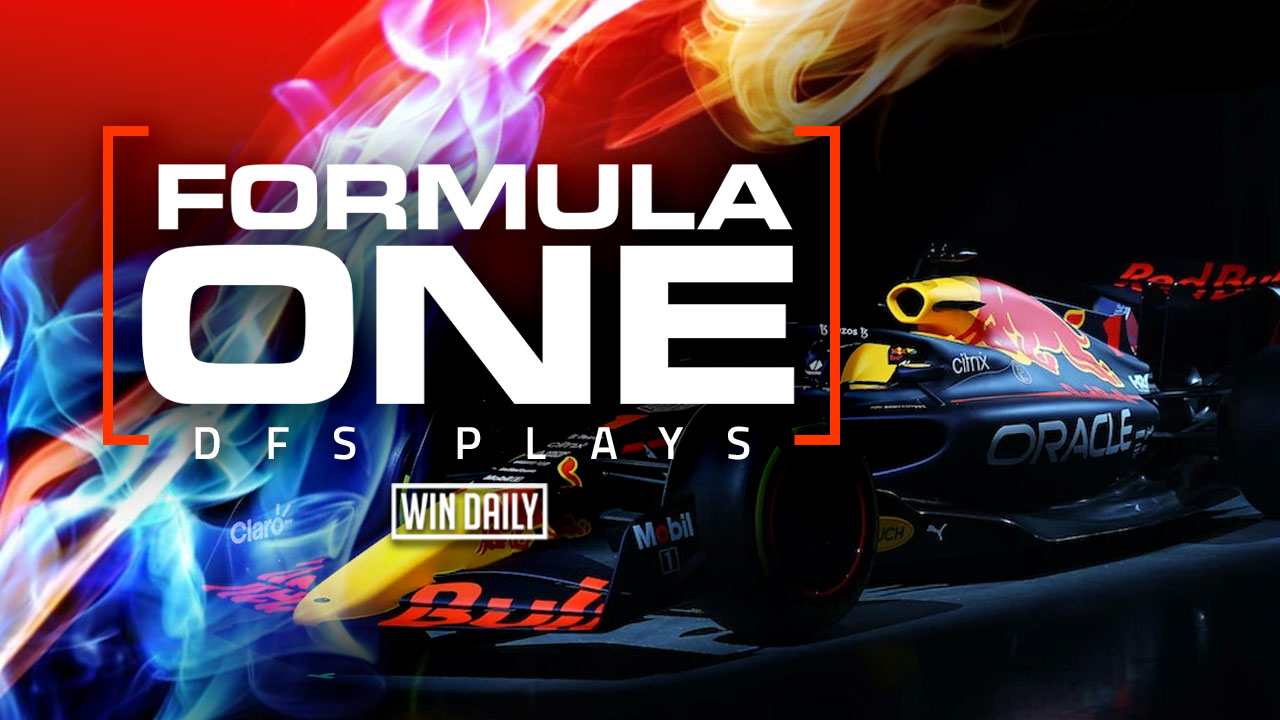 We are halfway through the Formula 1 season entering this weekend. The battle towards the sharp end of the grid is clearly between Charles LeClerc of Ferrari and Max Verstappen of Red Bull.

Paul Ricard circuit is familiar to all the F1 drivers with 53, 3.6-mile laps. The circuit has both slow technical corners like Bendor, Pont, and Hotel, corners in which the Ferrari performs well. Mixed with long straights where the Red Bull shows its top speed dominance, hitting top speeds of 204 mph.

Even though it’s the usual suspects at the sharp end of the grid, there is some shakeup in Carlos Sainz starting from the back. If you’re playing multiple lineups, having a Sainz line or two makes complete sense as he should be able to overtake 10 spots for 5 DK points.

Max has the added benefit of his teammate Sergio Perez starting behind him in P3. The Mercedes of Lewis Hamilton just does not have the speed to compete with these three, so we should probably see a Red Bull Racing $11,900 top 3 podium finish.

Charles Leclerc $16,800 Charles starts in P1 on Sunday. He has both Red Bulls starting behind him which is probably not very comforting. Ferrari’s top strategist tends to struggle when dictating races, so I’m worried about Charles in this race.

Sergio Perez $9000 starts in P3. he might not be a top captain choice, but he still makes for a good prospect to end up on the podium. What the field is going to do is going to dictate how good of a play Sergio is. You cant fit Max, Charles, and Red Bull in the same DraftKings lineup, so does the field drop-down to Mercedes? no. not enough salary left over. The most valuable constructor would be McLaren $5600 but then you would have to play Latifi (who has only beaten his teammate once) and Zhou. A stars and scrubs build. You have options, if you want to hear my final thoughts, join the discord chat and let’s discuss.

The Mercs are the 3rd fastest manufacturer. Putting George Russell at $8400 and Lewis Hamilton at $10,200 in the top 10 finishing position almost all season. They both do feel slightly thin as DK plays. I would not prioritize either, but as I’m playing multiple lines, I’ll probably have a sprinkle of either one.

Lando Norris $7600 is constantly in no mans land. He’s starting P5 in between the Mercedes duo. His price tag makes him so difficult to play though. He would be worthy of a contrarian play as forcing him into a lineup would naturally take you away from the chalky field.

Esteban Ocon $5800. Fellow Alpine driver, Fernando Alonso, has had some bad luck in race trim all season. he reminds me of the Alpha Tauri’s which are great in one-lap trim but put them in race form and they fall apart. This is Esteban’s home race so if Fernando’s luck continues, I am sure Ocon would like to put on a show for his countrymen.

Valtteri Bottas $6600 is similar to Esteban but at a higher price tag.

If Fernando Alonso’s Alpine $7000 decides it wants to last all race, Fernando makes for another top 10 finisher. I think Alonso is a better driver than his teammate so him outscoring Ocon is very likely.

Pierre Gasly $6200 this is also a home race for Pierre. Pierre showed some serious speed on Friday in race pace and once again his pace disappeared in qualifying. I think he should be pretty good in race trim and should make for a good contrarian DFS play.

With Kevin Magnussen $4000 starting in the back with Carlos, Mick Schumacher $3800 makes for a great value. The Haas always performs well in race trim, so I expect Mick to score fairly well on Sunday.

Alex Albon $3600 is always fiesty and will fight for your 5 points and Latifi being terrible helps.

Due to the straights in the circuit, Paul Ricard tends to have more overtakes then the average F1 circuit. This year has really turned into pack racing similar to stock car racing. For this reason I think certain teams (Mercedes) will have a race all to themselves, as will Charles and the Red Bulls. The midfield battle should be won by either McLaren or Alpine, with Alphatauri following behind.

I am going to put some midseason notes in the discord chat. Some notes I have seen this season

If you have questions please feel free to hit me up in discord @tcuz86, or on Twitter @tcuz86. Have fun and thanks for reading Formula 1: Race Week French Grand Prix, July 2022.