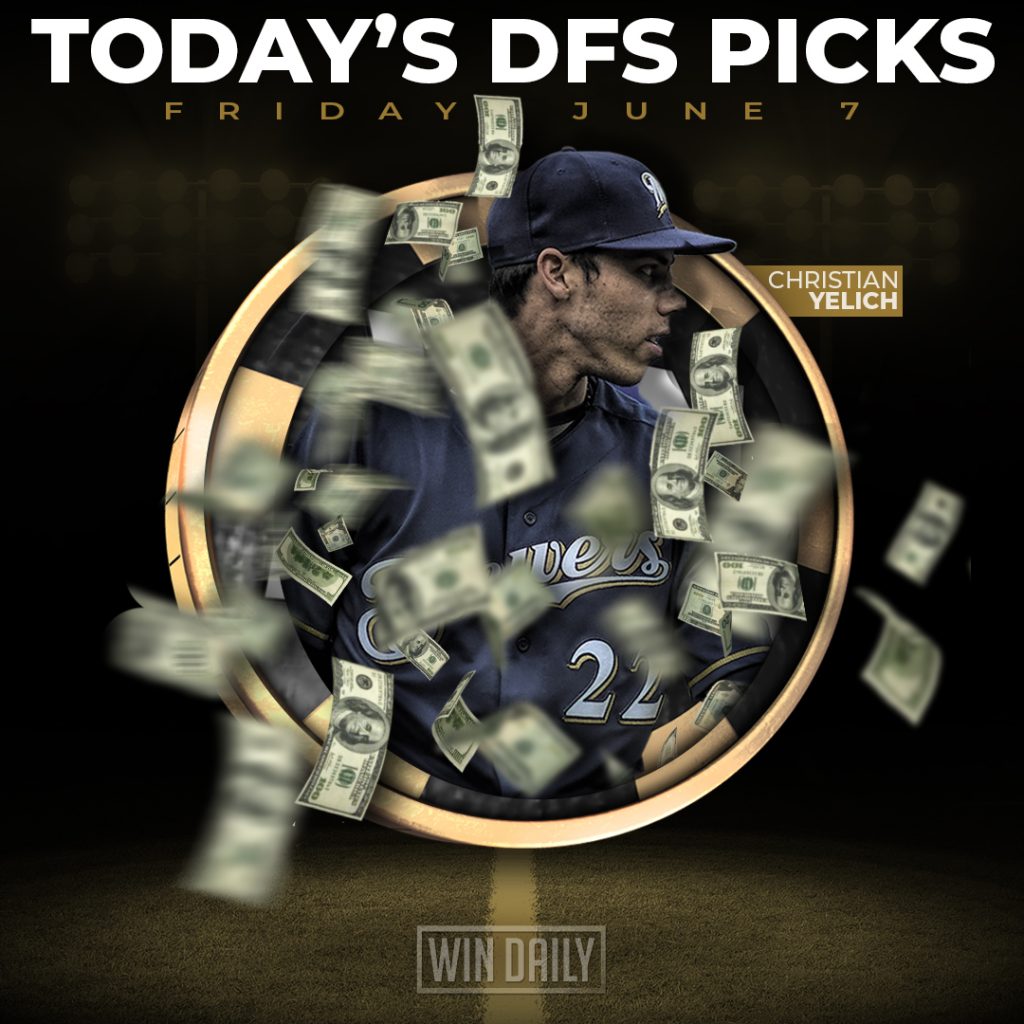 Gabriel Ynoa is terrible. On the road this season, in a small sample size, he holds a 6.52 ERA. Against right-handed bats, and he has a .357 BAA. I see the Astros taking Ynoa out of this game fairly quickly and I can’t wait to see how they dismantle this bullpen. I’m all in on Alex Bregman and Michael Brantley, and I don’t mind Derek Fisher for salary relief. Using Robinson Chirinos to round out your stack for a low-owned bomb should be considered too.

Ah, back in the Texas heat we go. Brett Anderson is a gas can and I will gladly attack him every time he hits the bump. You should feature Shin-Soo Choo, Nomar Mazara and Elvis Andrus to round out this stack.

Rookie Davis is a gas can. In his limited career, he holds a 9.58 road ERA and a .383 BAA. He’s equally terrible against righties and lefties, and his strikeout ability is nothing to be impressed by. With all this power in the Brewers lineup, especially the lefties, we should see plenty of runs. The main bats I want are the lefties: Christian Yelich, Mike Moustakas, Yasmani Grandal and I don’t mind Travis Shaw either. One main reason I’m looking at the power lefties is because Davis has a 3.21 HR/9 against them. This is my favorite GPP stack, no matter the ownership percentages.

This is my underdog stack of the night. No one ever really likes stacking the Rays and I’ll keep taking advantage. Rick Porcello has shown flashes of being decent this season, but he’s been very inconsistent. With his struggles against lefties, my main focus is Austin Meadows. On the road against right-handed pitching, Meadows is batting .418 with a 49% hard-hit rate. Pair him up with Ji-Man Choi, Tommy Pham and Kevin Kiermaier and we have a nice four-man stack that’s going to be very low owned.

Won the FanDuel, 11K MLB Pickoff Single Entry Tournament in May of 2019. Started playing MLB DFS a couple years ago and have found success as mainly a cash game player. After playing season-long fantasy for five years I decided to give DFS a shot and have never looked back. Grinding all year around with MLB, NBA and NFL.