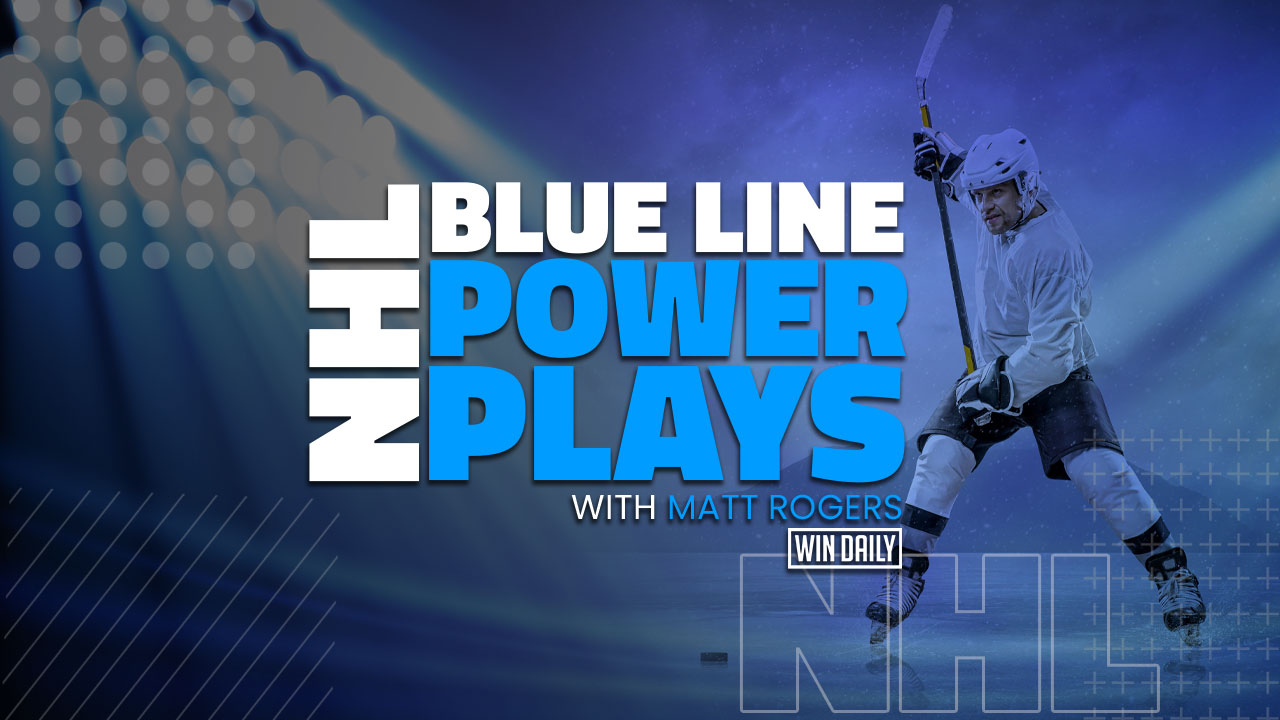 Boy does DFS NHL clap back with a massive slate after an extremely light one-game Monday night. We have an overwhelming 13 games in play for an enormous list of fantasy hockey considerations on Tuesday.

While the ‘Main’ FanDuel and DraftKings DFS NHL slates have the most tournament and cash options, this is a good night to consider splitting your plays up, maybe playing some 8pm and 9pm slates along with the Main slate, which is currently your best way to pull in the 7pm games.

While there will be some chalky plays, like the Avalanche and Bruins top lines in favorable match-ups against the Sharks and Penguins, respectively, I do think the ownership will be much lower than we’ve seen most of the season, because many players are going to try to spread their money around the table. Thanks to the many options we have tonight!

Anton Khudobin (FD $8.1K / $8.5K DK) is confirmed to start for the red-hot Dallas Stars, in Detroit on Tuesday night. Anton has started the season with two straight wins over the Predators, after the Stars were on a long COVID-related hiatus.

Ironically, they’re now in a strong position facing a Red Wings team who’s now falling into a weaker position, due to COVID cases. The Wings will be short-handed tonight, and not only is a win likely, but a shutout is a decent possibility.

The only downside to playing Khudobin, is the likely lower save total potential, which could restricts his points total to below 20, even with a win.

So, we turn our attention to Philipp Grubauer (FD $8.3K / $8.4K DK), who also has a very juicy match-up against the Sharks. Grubauer will likely pile up more saves than Khudobin, but is a tab-bit riskier. Also, he hasn’t been confirmed in goal, yet, but is likely to start.

Connor Hellebuyck (FD $8.5K / $7.7K DK) is a GREAT value at goalie in DraftKings, but he’s a bit too pricey for FanDuel.

Still, Helley is one of the more underrated net-minders in the NHL, and he’s likely to see a ton of shots from the Oilers tonight. A win could yield 30 to 40 points from Connor.

A lower-on-the-radar lay for tonight is Brian Elliott (FD $7.9K / $8K DK) playing against a decent Devils team in New Jersey. Elliott is technically the Flyers back-up goalie, but the veteran has looked sharper earlier in the season, and should allow the Fly-Guys to bounce back tonight.

For value, I’m going with the Blackhawks rookie goalie Kevin Lankinen (FD $6.7 / $7K DK). Yes, this is a risky play. Lankinen started the season giving up five goals to the Panthers in an overtime loss. But, Kevin bounced back with two straight wins against the Red Wings.

The Hawks seem to be rocking now, so far, and Lankinen is emerging as their top goalie this season. If the Hawks win tonight with Kevin in goal, there’s a very big risk-reward play here, especially in FanDuel.

If you don’t like the Lankinen play, you should at least consider Pekka Rinne (FD $7.2K / $8.1K DK) for FanDuel. Rinne is entirely too expensive for DK though…the risk isn’t worth the price there.

Finally, I’ll give Semyon Varlamov (FD $8K / $8.1K DK) some consideration facing his old Caps team, in goal for the Islanders. The Caps are a tough team to play a net-minder against, but Varly is currently one of the best goalies in fantasy hockey this season.

There are so many damn great plays at these positions, I could write several posts about just this one slate. I won’t…you’ll get bored anyway! So, let’s focus on the filtered-down top options, mid-tier plays, and value moves at each position.

As mentioned earlier, the popular two lines for this slate are the Bruins and Avalanche top Regular and Power Play lines.

There are some dirt-cheap value plays like Nick Schmaltz ($4.3K) for FanDuel and Adam Lowry ($3.7K) and Joel Eriksson Ek ($4.2K) that allow you to easily plug MacKinnon or Bergeron into your lineup and still find a way to stack the rest of the line.

Regardless, I’m going to have Mikko Rantanen (FD $7.9K / $7.7K DK) in most of my top winger spots, but finding a way to stack him with MacKinnon will be ideal. Gabriel Landeskog (FD $6.7K / $7.1K DK is a slightly cheaper version of Rantanen, but all three in your lineup could be dynamic.

Here’s a summary of other players by tier among the rest of the Centers and Wingers on DK:

Here’s a summary of other players by tier among the rest of the Centers and Wingers on FD:

At the defense position, Shea Theodore (FD $6.1K / $7K DK) would be one of my favorite plays if he wasn’t so darn expensive. He’s definitely worth a top D-man pick, if you have the salary left over.

But, in both DK and FD, there’s so much value in this position, I’d rather pay down and get nearly the same amount of points, so I have enough salary to pay up for some of the big point guys in the Center and Winger spots.

Adam Fox (FD $4.5K / $6.6K DK) is DIRT CHEAP on FanDuel and a must-have in all lineups and in all formats. He’ll be chalky, but at that price and his likely point yield, you’re likely going to lose just not having him in your lineup.

Ty Smith ($3.7K DK), Seth Jones ($4.3K DK), and Neal Pionk ($4K DK) are all great value plays at the D position, getting time on one of their teams top two power play lines as well, making their price hard to pass up.

For this slate, I’m going to try to find ways to plug in the Bruins and Av’s top lines. There’s plenty of value options, Schmaltz on FD at center and Lowry and Eriksson Ek at center for Draft Kings.

Adam Fox is a must-have in your D-man spot for FanDuel, but Ty Smith, Seth Jones, or Neal Pionk fill in that role in DraftKings.

In the middle of the lineup, we have one-offs like Johnny G, Monahan, and Kopitar, but you can snag guys like Marchand, Rantanen, and Landeskog to build up your B’s and Avalanche stack.

Again, the B’s and Av’s may be heavily owned, but this is a massive slate, which should flatten the ownership curve in most slates.

Make sure to check out WinDailySports.com for more content in the near future, follow me me on Twitter @MattyMcMatt17 and our team @WinDailySports, and hop into our Expert Chat for one on one conversations!