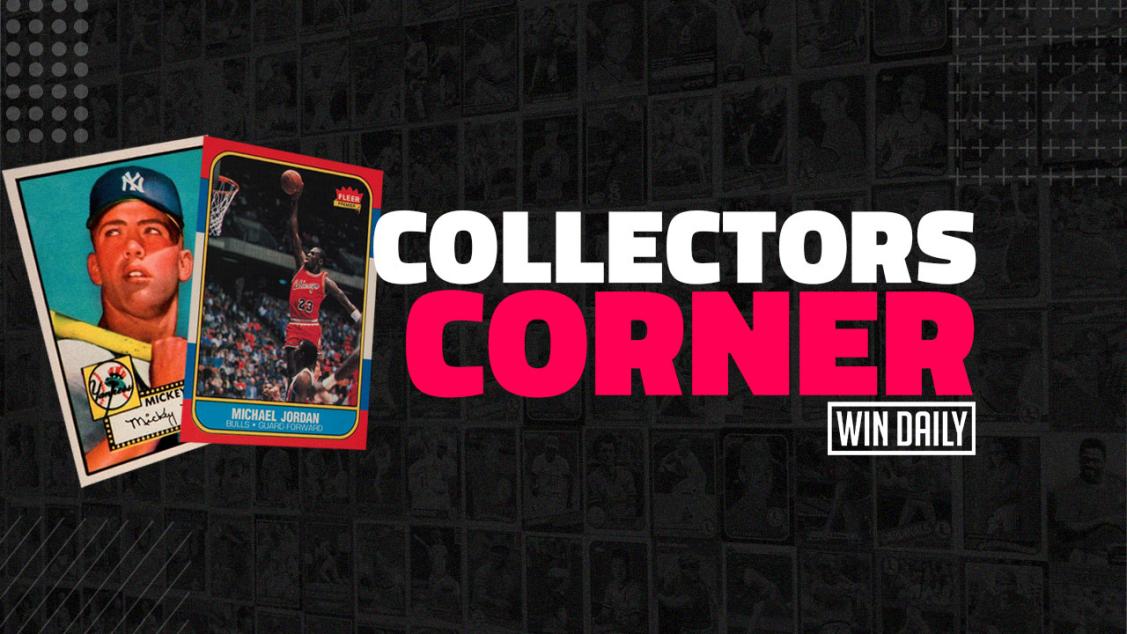 Now into the divisional round of the NFL Playoffs, we’ll look at what trading cards could see a value bump. We’ll conclude with the NFC.

Note: I’ll use my DFS-derived Cash-GPP-Punt terminology to break down the best buys – “Cash” being solid, low-risk with a high ceiling but moderate growth potential, “GPP” being a little more risky but marked by enormous growth potential, and “Punts” – which can be had cheaply but don’t offer quite the same upside/growth potential as the Cash and GPP plays.

Cash – For some reason, Aaron Rodgers trading cards don’t get a lot of hype, but they’re highly coveted. It may be because they came around long before the existence of Panini’s Prizm flagship, but also because he spent a few years waiting in the wings behind Brett Favre before he forged his own inevitable path to Canton. His 2005 Topps RC is reasonably priced, but there’s a really sweet – and relatively rare – 2005 Bowman Chrome Auto rookie up for auction on eBay that could sell for more than $2K when it’s all said and done. A PSA 10 (also numbered to 199) sold on Dec. 21 for $5K. I think we could see that particular card (in a graded PSA 10) jump up to $10K if he wins another Super Bowl – and especially if he beats Patrick Mahomes and the Chiefs in the big game.

GPP – Davante Adams trading cards are primed for a huge jump, as you can still pick up a raw 2014 Prizm Silver Refractor #281 for about $100 or so. One card that I really like is his 2014 Topps Chrome 1985 throwback design – which is very affordable and looks awesome.

Punt – While Aaron Jones is a solid talent, he may price himself out of Green Bay soon, and we could see A.J. Dillon get a shot as the lead back. Dillon’s trading cards are still very affordable now and there’s lots of cool parallels. I pulled a gorgeous 2020 Mosaic Silver Prizm out of a hobby box that would be worth grading were it not for a minor edge issue on the card’s right side.

Cash – Drew Brees has a nice array of rookies to choose from, some of which command huge prices. The main issue keeping his trading cards from increasing in the next few months is that he’s obviously in a Chargers uniform in all of them. They’re still great buys because when he retires and is inducted into the HOF a few years down the road, they’ll see a huge bump.

Punt – Taysom Hill and Jameis Winston trading cards are dirt cheap, and while they’re both in different uniforms in their rookie cards, one of them is going to inherit an offense that could help skyrocket their value. Jump aboard while they’re affordable.

Cash – Tom Brady remains the GOAT, and his rookie cards are crazy expensive. Some sellers on eBay post his cards for hilariously unrealistic prices for that site, so I’d advise against shelling out six or seven figures on that site. Still – high-grade examples of his top rookie cards regularly sell for $40-50K right on eBay, so it’s anybody’s guess what the market holds in the coming months. I’m not sure how much higher they’ll go, but if he wins a title with the Bucs, even his 2020 cards should go up.

GPP – Ronald Jones had a solid 2020 season, and Gronk cards may have reached their peak, but Mike Evans and Chris Godwin still could see a bump.

Punt – I’ve got my eyes on Ke’Shawn Vaughn and Tyler Johnson, but there’s plenty of barriers to their immediate success at those skill positions in Tampa.

Cash – I’d say the safest bet is probably Cooper Kupp, because we know how crazy Jared Goff’s career has been thus far. I have a few Goff cards but no rookies, and that might be a good segue into the GPP section, because that’s where he probably belongs.

GPP – Cam Akers is really talented and has a bright future ahead of him in Los Angeles. I’m buying him up and enjoying how cheap his cards were before he was a regular part of the offense. It’s worth following a couple auctions to see where his cards go in the next couple of weeks.

Punt – Van Jefferson might get his shot as soon as one of the top two Rams WRs (Kupp and Robert Woods) moves on, and there’s plenty to like at his current price point.