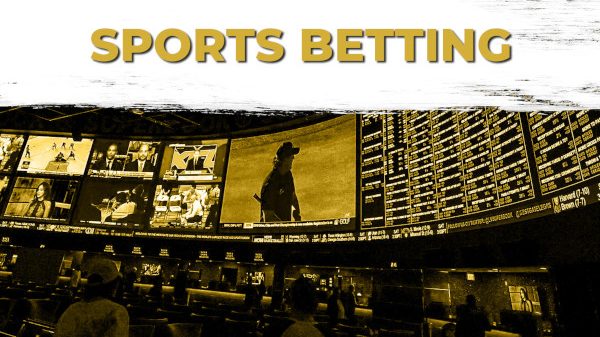 The rain fell hard enough Wednesday to cancel practically every match on the Wednesday schedule of play. That’s a bummer for the players but it gives the books, and us, more time to place wagers on matches we might have been late getting a play on. Here are my best bets for Thursday at the U.S. Open.

The order of play for Wednesday’s canceled matches hasn’t been provided to us yet. Play begins on Thursday at 11 am ET so be sure to check with the U.S. Open site early Thursday morning for an exact time as the United States Tennis Association can provide.

Martic advanced to the second round with a solid, three-set victory over Slovenian Tamara Zidanek and now faces Ana Bogdan of Romania. Bogdan defeated Britain’s Harriet Dart in straight sets to force this second-round showdown with the 29-year old Croatian. Martic holds a decisive 3-0 head to head record with two of her three victories on the hard courts. Martic is the #22 seed and ranked 140 spots higher than her counterpart and shouldn’t have any problems winning this match and getting you the DFS Tennis return. Martic beating Bogdan is a great play for Thursday.

The 11th ranked Sevastova is taking on 49th ranked Iga Swiatek of Poland on Thursday and this should be high-quality tennis. After a lackluster summer hard court season, Sevastova looked impressive Monday against Canadian Eugenie Bouchard, beating her in straight sets. Sevastova has a career record of 15-6 at Flushing Meadows and reached the semi-finals of this event in 2018. Swiatek buried Serbian Ivana Jorovic 6-0, 6-1 and is playing her first U.S. Open. Look for the nerves to get to Swiatek and she goes down in straight sets on Thursday. Sevastova winning this match is one of my best bets for Thursday.

We do know this match will be played at 7:00 pm ET at Louis Armstrong Stadium and we also know that the stadium has a roof and will be played. Wozniacki is a former two-time finalist at this tournament and former World Number One who has had spotty results this summer but won a three-setter round one match over China’s Yafan Wang. 25-year old American Danielle Collins also shared the same summer results as Wozniacki and defeated Polona Hercog in three tough sets to set up this second-round showdown with Wozniacki. The Danish former number one should be able to counter-punch her way into the third round against the 2019 Australian Open semi-finalist with the 0-3 record at Flushing Meadows and is a good bet for Thursday at the Open!

This is another of my best bets for Thursday. Isner holds a 3-0 lifetime record over Jan-Lennard Struff and each of those wins were on a hardcourt including a straight-set victory in the second round of this event back in 2014. Isner had a 3-4 summer hardcourt season and kicked off his 2019 U.S. Open with a straight-set win over Spaniard Guillermo Garcia-Lopez. Struff has a .500 record during the summer hardcourt season and defeated Norway’s Caspar Ruud in straight sets to set up this second-round encounter with the 14th seeded American. Isner rained down 29 aces with just one double fault against Garcia-Lopez and I expect the same result in a pro-American environment Thursday.

Gauff is a 15-year old American who has racked up an impressive 21-12 record this season and reached the Round of 16 at Wimbledon. Due to her age, she isn’t allowed to play a full WTA schedule which makes her record all that more remarkable. Gauff came back from one-set down to defeat 18-year old Russian Anastasia Potapova in three sets and her composure was impressive. She faces Hungarian Timea Babos on Thursday and she’ll be up against a Hungarian who won the first set of her first-round match before her opponent was forced to retire due to injury. Coco will have the crowd on her side on Thursday and Gauff is another of my best bets for Thursday.