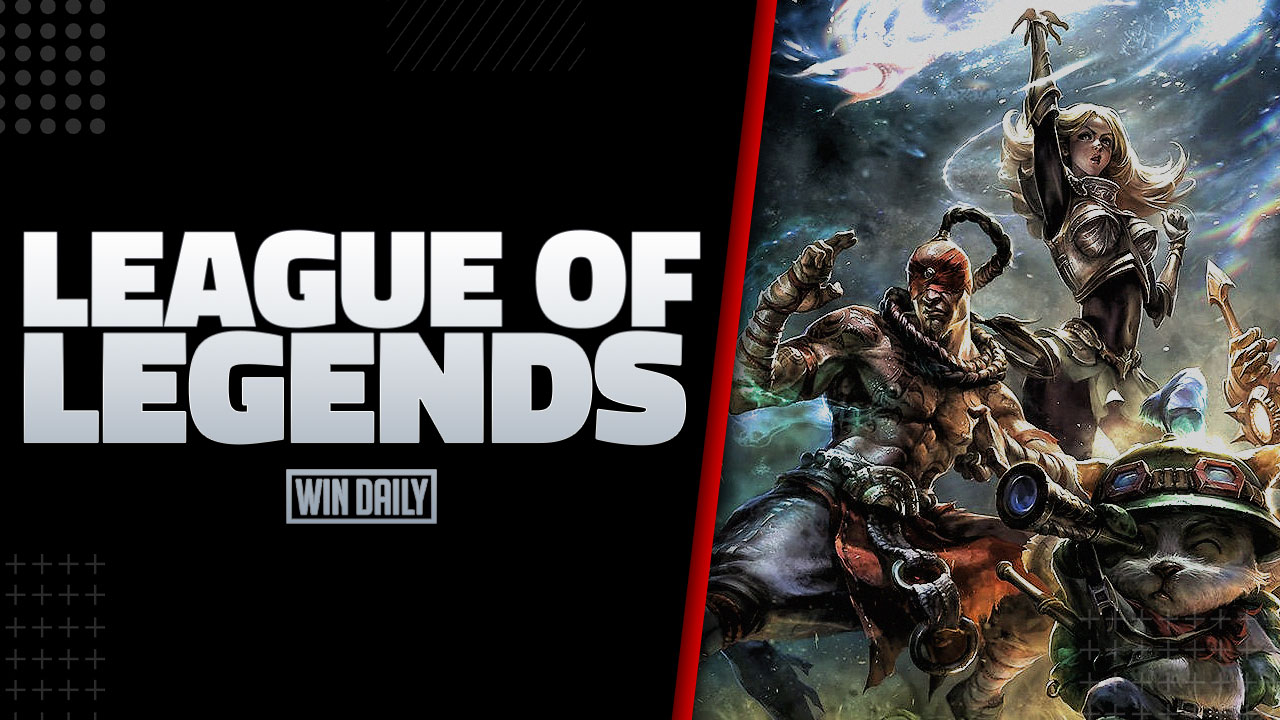 Welcome to my 10/5 League of Legends DFS Breakdown: Worlds Edition where am I looking to deliver on the best picks and plays to give you the edge on tomorrow morning’s DFS slate. I am going to touch on the early and main slates for the day. Our early slate games are LNG vs HLE and RED vs Infinity. The main slate matches continue with LNG vs PCE, HLE vs INF, UOL vs DFM, and GS vs BYD. For the main slate, the only real upset I can see is GS over BYD, for now at least. I am excited to once again be providing LOL for our team here and I am also excited for a month straight of worlds coverage.

This is the first match of worlds and will be our first introduction back into professional LOL. Both of these teams are from stronger regions across the world so that isn’t a point we are going to have to touch on too much here. LNG is a team that came alive in the playoffs, going on a tear to make it with wins over teams such as TES. HLE on the other hand pulled off an upset over NS through their absolute best player in Chovy eating in the mid lane. If they have any chance today they are going to have to rely heavily on him to pull through and carry this team to the win. The rest of the team doesn’t stack up to LNG though as LNG holds advantages in top/jg/adc/sup positions. I am going to confidently take LNG to win here and I like their upside too. Tarzan or Light are going to be my captains for the early slate.

This is going to be the closest matchup of the morning as they both profile as some of the worst teams in the tournament. My first response here is to look at RED as the winner as they have the region gap in my opinion but this is going to be a very close matchup as both teams have about equal talent and are in very close regions. RED is a team that is able to play through their jungle in Aegis as he has been able to carry throughout the playoffs and help out RED to the league championship. RED though has one glaring hole on their roster that I currently do not know their starting mid-lane as they had to switch out for the playoffs. I believe they are going to be able to take it over Infinity through the prowess of the rest of their players but this is something where I am not against playing both sides of the matchup.

This is one of those matches between one of the best teams at worlds and one of the worst from their own obscure region. LNG is going to roll here, the only question is how hard are they going to steamroll Peace. Peace is a team from the oceanic region of LOL which was recently disbanded into smaller, more regional leagues. The oceanic region is just not up to par with the rest of the world and there is no reason to give them a chance here to take down LNG. I am going to be taking LNG to win here and possibly their team spot but this is going to be at most a 25-minute match.

Infinity is projected to be one of the worst overall teams at the tournament, someone who I believe will be taking home one of the bottom spots overall. HLE on the other hand is no world-beater but they are a team that I expect to dominate here. It is a very similar situation to LNG vs PCE as it is going to simply be another rat race to see how fast HLE can finish their match. I am taking HLE but I don’t know how I feel to go with the full stack here for them.

This is going to be one of the barn burners that I expect to be able to put up the big kill numbers. UOL likes to fight to the very end in their matches, tending to fight no matter the circumstances. UOL has had some roster turnover from MSI, in their ADC position specifically. DFM on the other hand is a roster back at full strength and a team I expect to be able to make some noise at worlds this year. They currently have the best collection of talent there has ever been in Japan and now they get to take that roster into the world’s stage. DFM is also a bloodier team when they are on the winning end of the match, that combined with UOL in losses I expect a high kill total overall. I am going to be playing about 70-30 here in favor of DFM, yes they are my favorite play on the day but UOL is still a decent team coming into this tournament, both near the lower side of the worlds rankings but a good match, either way, take DFM here.

Ok so now this is where it gets confusing for most casual lol players and followers. These are both teams from lesser-known regions in the LOL world, GS is the representative from Turkey while BYG is one of the representatives from Vietnam, which is one of the better regions in the LOL world, even though it isn’t a major region it is one of the better ones. Beyond was able to pull off a win over PSG which is the best, non-major region team in the tournament. Which is a testament to how good they are. GS on the other hand is from a region much lower on the totem pole. Turkey has not been predominately good and I don’t see a major influx of talent just coming out of nowhere to give them the chance to compete here at worlds. I am taking BYG and I see them as a good way to possibly get a little contrain on our main slate. BYG to win here.

For the early slate, I see the best option to be playing 4 LNG with either RED or Infinity, I like RED more as the team that should be able to pull ahead in the overall matchup and push the pace of play overall. Early slate just go with a 4 stack of LNG and either RED or INF to fill, preferrable RED and you’ll want either Light or Tarzan captain. For the main slate, you can go with the safest options and play your LNG/HLE stack but personally, I believe I am going to be staying away from that. I think I am going to be using these teams as my small stacks for the slate but I’m going to be taking a majority of my guys from either DFM or BYG, both teams will carry lower ownership in matchups that will go both ways. Thank you for reading my LOL Worlds article and I am excited to be providing coverage for these matchups, let’s hope for some green everyone!!! Head over to join the team at WinDaily by clicking here or to join our discord click here. Hope for a great day, everyone!!!