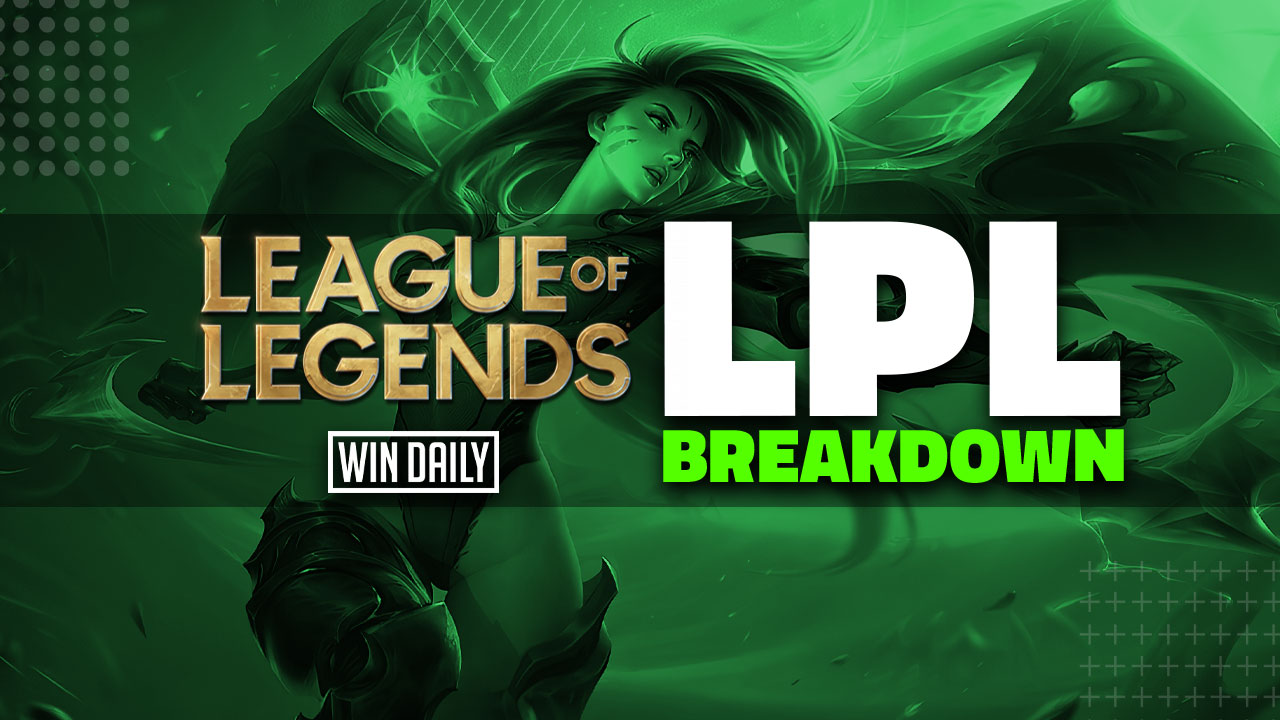 Welcome to my 1/11 LPL League of Legends DFS Breakdown, we had a pretty great start to the league year last night with green coming in across the board. Tonight we have two more matches coming the way of the LPL with one from AL (formerly RW) vs LGD, and the second match being EDG vs JDG. There is a decent amount of turnover within these rosters with how they are constructed and how I expect that to play into our decisions for tonight. Now that we know what we’re dealing with let’s get into our breakdowns for each game and see how we are going to work towards the optimal lineup.

Here we have a matchup between two of the worst teams in the LPL from last year and what is going to be two of the worst teams for this year while. Last year their record was separated by only four wins and while LGD started the year out how with Shadow popping off in the jungle, RW or AL finished the year off strong and is a team I expect to possibly carry that momentum into this spring split with their jungler in Xiaohao. This is going to be a good matchup to watch in the jungle between Shadow and Xiaohao as both are young aggressive players. The meta we have is still decided through the jungle so watch out here for the matchup. I believe the rest of these teams are pretty evenly matched meaning they are both pretty terrible squads.

Going more in-depth into the matchup in the top lane we have Fearness vs Zdz, two top laners that are near the bottom of the barrel in terms of talent level but I would have to say Fearness takes the cake with his ceiling so I would have to give this matchup over to LGD. I am calling the jungle a draw because I love both of these junglers and I think they’re two of the most talented young players in the game today. Mid-lane is a draw for me as well and if there is anything there, it’s a lean towards the side of AL as Forge has an advantage with experience in the league. Bot lane is going over to the side of AL with Betty and QiuQiu over Eric and JinJiao. We also have two teams here that are some of the highest paced in the league and I expect them to play that way tonight. I like AL to win but I would hedge here and make some lines with both teams and I will primarily be going here for my 4 stacks tonight in GPP’s

This is going to be the better of the two matches to watch tonight as it is between two better teams but still should be in the category of a 2-0 sweep for EDG, the reigning world champions of the LOL scene. JDG on the other hand is coming off of one of the most disappointing splits in recent memory and is not a team I believe is going to get back to their form this split with some of their roster changes. While EDG stayed with the same roster, JDG brought in a new Top, ADC, and support with 369, LPC, and Missing. These are massive downgrades across all three spots and will only make this roster worse overall.

This match is interesting in terms of pace because JDG is one of the bloodier teams in the LPL while EDG is slower across the board but still bloody overall. We also have the probability of a bonus here on top of a 35+ kill sweep, something we saw the possibility of with the OMG win this morning. I am really liking EDG to just smash this game and its something I am looking forward to being a 2-0 sweep by the side of EDG and I also really like 4 stacks of this game in cash lineups while using it for some GPP’s too, I believe we are going to have a very high scoring slate tonight.

Thank you for reading my 1/11 LPL League of Legends DFS Breakdown, I believe we are going to have some fun matches today and if you are making multiple lineups, I would try a 4 stack from each of LGD/AL/EDG. In cash games, I am going 4EDG/3AL, if you want you can do 3 LGD but I think AL pulls off the win. Let’s build those lines and get back into the green tonight so we shoot for 2 in a row. Thank you for taking the time to read my article today and for our other articles at WinDaily click here, to join our discord click here. Now let’s build those lines and shoot for some green tonight!